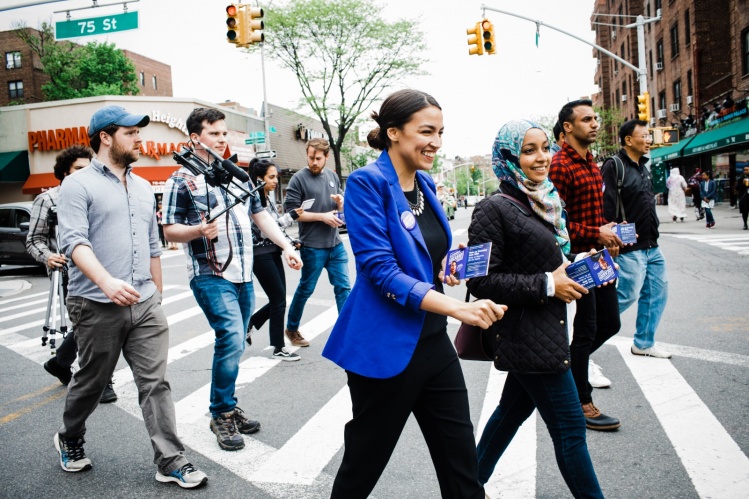 “Socialism has known increments of success, basic failure and massive betrayal. Yet it is more relevant to the humane construction of the twenty-first century than any other idea.”

With those words, the late Michael Harrington began his book “Socialism,” published in 1972. In his day, Harrington was often called “America’s leading socialist.” He was also one of the most decent voices in politics, a view shared not just by his friends but also by most of his critics.

Harrington founded Democratic Socialists of America (DSA), which, in the often splintered politics of the left, was a breakaway group from the old Socialist Party. My hunch is that Harrington—whom I counted as a friend until his death in 1989 at the age of 61—would be amazed, though not entirely surprised, by the extraordinary growth of DSA since Bernie Sanders’ 2016 presidential campaign.

It would thrill him that the organization is now heavily populated by the young, although I also suspect he would have spirited tactical arguments with youthful rebels about what works in politics. Harrington was a visionary realist, and the dialectic between those two words defined his life. He preached vision to those worn down by a tired political system, and realism to those trying to change it.

Socialists have had quite a journalistic run since Alexandria Ocasio-Cortez, a 28-year-old DSA member, defeated veteran Rep. Joe Crowley, a genial and rather liberal stalwart of the old Queens Democratic machine, in a primary last month.

Opinion has been divided, roughly between those who see her as the wave of the future and those who warn of grave danger if Democrats move “too far to the left.” I use quotation marks because that phrase has been repeated so much, and because it’s imprecise and misleading.

The triumph of a young Latina who emphasized the interests of working people caught the imaginations of not only progressives but also many who do not fully agree with her politics. Even her posters were innovative, as Nolen Strals and Bruce Willen pointed out in The Washington Post. But she also represented something very traditional: the transition of power from one ethnic group to another. As Nathan Glazer and Daniel Patrick Moynihan taught us long ago in their classic book “Beyond the Melting Pot,” never underestimate the role of ethnicity in New York politics.

The word “democratic” must always be given priority over the word “socialist,” and broad coalitions are the lifeblood of democracies.
sharetweet

Yet to use her victory as a prelude to a radical takeover of the Democratic Party badly misreads what has been happening. In Democratic primaries this year, more moderate candidates have done well. There have been important progressive victories, Ocasio-Cortez’s being one of the most striking, but no lurch left.

Moreover, Jake Sullivan, who was Hillary Clinton’s 2016 senior policy adviser, is right to argue in the journal Democracy that “Democrats should not blush too much, or pay too much heed, when political commentators arch their eyebrows about the party moving left.” (Disclosure: I have long-standing ties to Democracy.)

Sullivan sees “the center of gravity” in our politics moving in a more progressive direction in response to “the flaws of our public and private institutions that contributed to the financial crisis” and “the decades of rising inequality and income stagnation that came before.” Rescuing and rebuilding the American middle class require boldness, not timidity, he says, and an engagement with the persistent experimentation that FDR championed.

The presence of an active democratic socialist voice encourages the conversation Sullivan describes. It serves as a corrective to a debate that had skewed so far right that middle-of-the-road progressives—former President Barack Obama, for one—found themselves (laughably) labeled as “socialists.” Having real socialists in the arena laying out more adventurous positions—among them, single-payer health care and free college—moves the boundaries of discussion and could, in the long run, improve the outcomes in legislative bargaining. Radical tax cuts from the right and measured austerity from the center represents a dreary choice for discontented voters and offers little hope for solving the problems that ignite their anger.

Our new left should attend to the realism Harrington preached. Social reform in our country has usually depended on alliances of the center and the left, and outright warfare between them only strengthens the right. The word “democratic” must always be given priority over the word “socialist,” and broad coalitions are the lifeblood of democracies.

But Ocasio-Cortez and, if I may use the word, her comrades are shaking up politics in constructive and promising ways. For this moderate social democrat, that’s a cause for cheer.

Ryan and the P90X Republicans