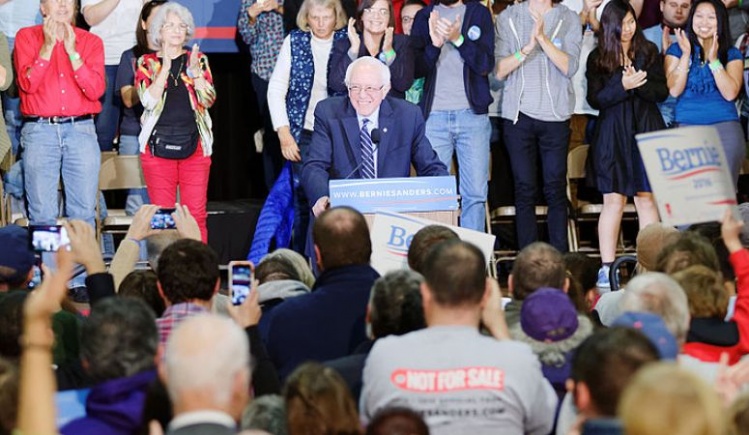 The conservatism that has dominated the Republican Party for decades is in crisis. Capitalism has lost its allure among a large swath of young Americans. And the Clinton and Bush brands are yesterday’s products in desperate need of renovation.

These are, admittedly, large conclusions to draw from one contest in one small New England state. But politicians and Wall Street would be foolish to ignore New Hampshire’s shock waves.

Donald Trump’s success combined with Marco Rubio’s fade reflects the implosion of any sort of Republican establishment. For decades, party leaders ran a con game with their party’s working-class supporters. They gave verbal respect to social and religious conservatism and, throughout President Obama’s time in office, channeled every sort of resentment. But they delivered little of concrete benefit to these voters.

The voters noticed, and along came Trump.

Trump does not engage in the dainty dance that is the stock-in-trade of a Republican establishment that shifts effortlessly from backlash politics to high-toned rhetoric. Trump’s stream-of-consciousness soliloquies invoke nationalism, tough talk on trade, and a harsh and sometimes racist response to immigration. He roars the anger of his supporters, unapologetically.

The exit poll, as CNN reported, defined his base: Trump won 47 percent of the ballots cast by those who never attended college—the people hurting most in our economy—but only 25 percent among those with postgraduate degrees. Trump has exposed the no-longer-hidden injuries of class.

As for Rubio, his third place showing in Iowa led both party and conservative movement leaders to coalesce quietly behind him as the man who could stop both Trump and Ted Cruz. The Texas senator gives unambiguous voice to the tea-party and Christian conservative sentiments. His third-place New Hampshire finish after his Iowa victory allows him to pivot smartly to more hospitable territory in the South.

Rubio tried to ape the anger of Trump and Cruz after first presenting himself as an avatar of hope and optimism. The two-step didn’t work, and its canned quality was exposed, witheringly, by Chris Christie in the final pre-primary debate. Voters turned away.

One beneficiary of Rubio’s travails is Jeb Bush, who seems well placed to compete in the next battle in South Carolina. But it shows how far the Bush brand has fallen that the former Florida governor had to count a fourth-place finish with 11 percent of the vote as a victory.

Voters opposed to Trump turned out to be just as interested in authenticity as those who supported him. This, along with a lot of hard work, gave John Kasich his second-place finish and the right to move forward. If Trump offered extremism, Kasich—whose views are actually quite conservative—campaigned on moderation. If Trump offered anger and harshness, the Ohio governor spoke of unity and healing. In a very different key, Kasich was running as much against the two-faced practice of Washington Republicans as Trump was.

Republican chaos is good news for Democrats, but they face their own crisis. Bernie Sanders’s victory did not surprise Hillary Clinton’s lieutenants, but his margin did, and so did the astonishing size of the party’s generation gap: Sanders won 83 percent of the ballots cast by voters under thirty, and 66 percent among those aged thirty to forty-four. Clinton carried only the sixty-five-and-overs.

These younger voters have known capitalism at its worst and were more turned on than turned off by Sanders’s democratic socialism. Where Clinton was old news to a new generation, a seventy-four-year-old Washington warhorse emerged as a novel voice of authentic protest against the corruptions and injustices of traditional politics.

Clinton is well known for being at her best when her political fortunes seem darkest, and the coming contests will be fought in less homogeneously white states that are more congenial to her candidacy. She can still prevail, and probably will.

But a woman who can be charming and engaging outside the context of politics has offered neither a crisp explanation for why she’s running nor a persuasive answer to those who see her as untrustworthy. And her burden is formidable: She must readjust her candidacy without seeming to be contriving a new personality for new circumstances.

As for the elites generally, the electorate’s attitude can be captured by an observation many years ago from the political theorist William Connolly. In another time of discontent, Connolly noted that “vulnerable constituencies did not need too much political coaxing to bite the hand that had slapped them in the face.” Many voters feel slapped around. On Tuesday, they bit back, hard.