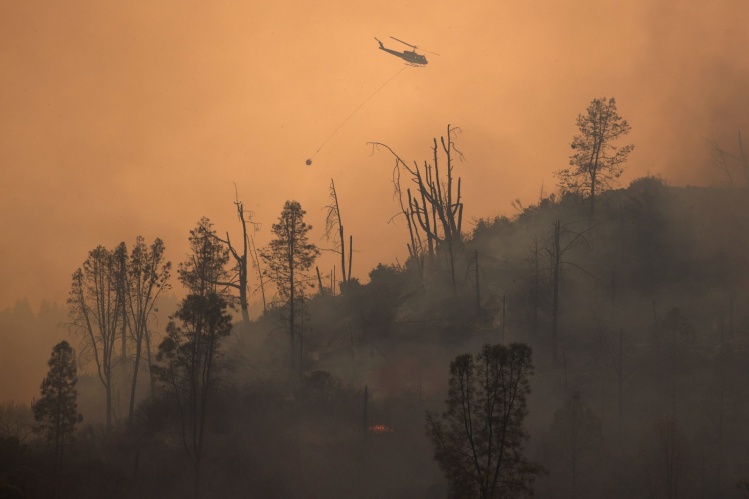 The West Coast wildfires of the past few weeks are unprecedented in number and scale. In California, more than five million acres of forest have burned—the most ever in a single season, and it’s only mid-September. The state’s largest fire in its history, the August Complex, has burned almost a million acres on its own. Over Labor Day weekend, a Los Angeles County thermometer registered 121 degrees, the hottest temperature ever recorded in the region.

On September 9, Oregon governor Kate Brown gave a dire press conference, calling her state’s fires a “once in a generation” event. By September 16, more than 900,000 acres had burned. Worse, at least ten Oregonians had died, and dozens more were missing. Brown predicted a “mass casualty” event. Tens of thousands of Oregonians have evacuated as the fires push closer to Portland. The parking lot of a large mall, down the street from where I grew up, is now a shelter space. Churches and charities call for diapers, wheelchairs, and prepacked food. Small towns—Detroit, Phoenix, Talent—have been destroyed. In Washington state, 333,000 acres burned over twenty-four hours: more than double the area that had burned the entire previous year.

Some of these fires can be blamed on chance, recklessness, or malice. In Northern California, freak pre-dawn lightning storms started the LNU and SCU Complex fires—the state’s second- and third-largest blazes ever."

In Southern California, colored pyrotechnics from a gender-reveal party set off the El Dorado Fire. One of Oregon’s fires, the Alameda, appears to have been started by arson. There’s no proof that this was politically motivated, despite rumors that antifa is responsible. Political tensions, exacerbated by Portland’s months of protest, are running high. Militias organize to protect their towns; politicians from elsewhere create confusion. Police insist that looting has been minimal, but these official announcements don’t seem to do much. Everyone is scared; we’ve never seen anything like this.

My husband and I moved to Palo Alto on the morning of the lightning storms. Driving down Interstate 5 from Portland, we noticed plumes rising from pastures. We stopped for burgers in Medford, Oregon, a city of 80,000 people that the Alameda Fire would soon threaten. We drove through the Sacramento Valley, past exits for soon-to-be-evacuated towns.

When we signed our lease, our new landlord promised that our unit’s lack of air conditioning wouldn’t be a problem, not here in temperate Northern California. As we moved our furniture in, dripping sweat, she apologized. These were strange, unusual times! The weather would be back to normal soon.

In the first weeks, we shut our windows against smoke. We checked the air-quality index to see if it was safe to run or bike. Our lights flickered with electrical surges. When it rained, the breeze smelled like wet cigarettes. During the Labor Day weekend heat wave, we sweltered. The forecasters promised cooler temperatures soon.

On Wednesday, September 9, the sky turned orange, and the birds quieted. All day, it was dusk. The days that followed have been choked with smoke, the air-quality arrow hitting red and purple. Wait for Tuesday, the forecasters insisted. Next Tuesday, it will be better.

This year may be record-setting, but it’s no anomaly. It may be the worst, but it’s part of a pattern.
sharetweet

In Oregon, winds toppled trees in my parents’ yard, knocking out their cable and internet. My grandmother lost power. My dad emailed pictures from the city of Molalla, where the sky was the color of strawberry Kool-Aid. By September 10, my parents’ county was under an evacuation warning. Their town, Happy Valley, and the towns that surround it—Oregon City, Milwaukie, West Linn—aren’t at all rural. So many structures would have to burn in order for fire to reach our street. And yet the alert was Level 1: get ready. My parents packed their cars with photographs. My mom called to ask what I wanted her to take from my room. My college diploma, I said. My wedding dress, if there was space. Some Bibles that had belonged to my grandparents.

In Palo Alto, things that had opened after the pandemic shutdown—restaurants, for outdoor dining; the library, for outdoor book pick-up; parks—closed again or emptied out. Hikes and long drives through mountain passes—two dependable comforts—would have to wait. I went for a run, in stupid defiance, and came back with a burning sensation in my chest. When will things be back to normal?

Seeking relief, we imagine that it will all be over soon, and that it will never happen again, not like this. We tell ourselves these fires are just more bad luck in a bad luck year. Uncanny, eerie, apocalyptic, cataclysmic. We use words that emphasize extremity, but also strangeness. We keep insisting that this isn’t normal. “Once in a generation” implies that after this our generation will be safe. But climate scientists tell us this is naive. This year may be record-setting, but it’s no anomaly. It may be the worst, but it’s part of a pattern.

That pattern was already evident. Nine of California’s ten largest wildfires have occurred since 2003. From 2011 to 2016, the state experienced its longest drought. Between 1984 and 2015, the number of large fires in the West doubled. Why? Trapped greenhouse gases have heated and dried the West. Last summer, a study by the Union of Concerned Scientists predicted a 4.3-degree increase in global temperatures by 2100 if current climate trends continue. By 2050, most of the United States will swelter through twice as many days over 100 degrees.“Summers in San Francisco may soon feel more like the warmer East Bay,” reported the San Francisco Chronicle. “The East Bay may soon feel more like Sacramento. And Sacramento—well, it might just be too hot to stick around any longer.”

Parched trees and tinder burn quickly. Hotter weather helps spread tree-eating insects like the mountain pine beetle, which turn healthy forests into fuel. We can ban building in wildland-urban interfaces, or invest in controlled burns and other forest-management strategies. But these are mitigations, not solutions.

So, for that matter, is our search for a COVID-19 vaccine. Climate change will make pandemics like the one we’re experiencing now more likely, as animals migrate from their habitats, passing on pathogens to new hosts. And it will make pandemics deadlier: air clogged with particulates exacerbates lung and heart diseases, the very preexisting conditions which make people more susceptible to respiratory viruses. “Compound disaster” will create scenes like those in the Oregon Convention Center, which was already housing some of Portland’s homeless population to allow for social distancing in local shelters. Now, the Red Cross has set up beds for evacuees, but not as many as they’d like—each cot has to be spaced six feet apart. “Compound disaster” means that some inmates, who would usually be paid a pittance to fight wildfires, have been released from crowded jails to prevent them from getting sick, and now aren’t available to do the dangerous work of brush-clearing and tree-felling. (Last Friday, Governor Newsom signed AB2147, which will qualify felons to work as firefighters after they’re released.)

It matters that we think of these fires as predictable rather than extraordinary. Not just as “once in a generation” or historic, but par for a new course. If we accept this kind of fire season as a fact of life, we might muster the political will to stop or slow climate change. This will mean more than just new zoning laws or forestry tactics. It will require an entirely new way of thinking about energy and taxation, waste and innovation. It will require government action. It will require sacrifice. It will require accepting responsibility, rather than just bemoaning our fate and waiting for it to be over.

And yet, right now, that’s all most of us are doing. When you’re breathing bad air, it’s hard to seek anything but immediate relief. Terrible stories and images are surfacing: homes burned to their foundations, bodies trapped in cars, unrecognizable burn victims. Portland’s air is now the worst in the world. Here in Palo Alto, it is merely unhealthy, but smoke is still seeping under the window seals. We want rain very badly.

Over the weekend, my parents’ evacuation order was lifted. My mom found some items she’d forgotten to pack: a ring and some passports. She’ll remember them next time. 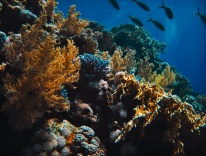 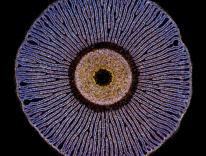