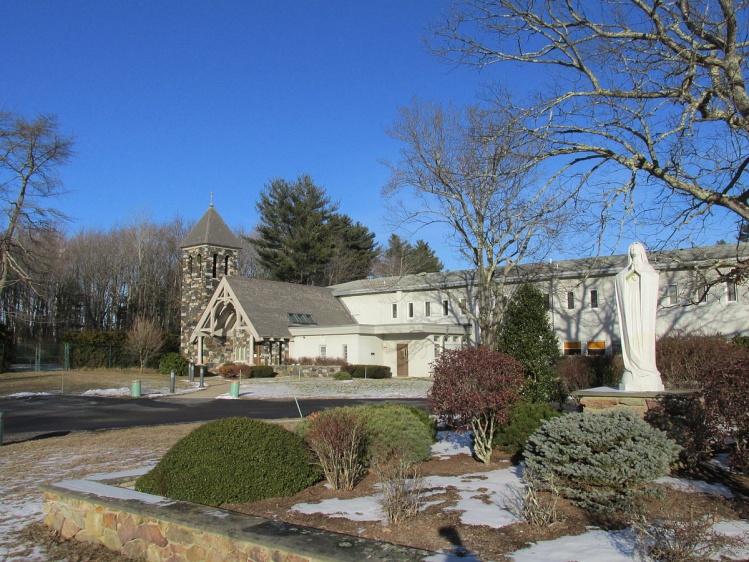 Indulge me in this statement of the obvious: these are difficult days in which to be a Roman Catholic. The tidal wave of secularization and the reconceptualization of freedom as radical autonomy have swamped the citadel of faith. The institutional church is today mired in seemingly permanent crisis. And despite the cheeriness of the current pope, hope is becoming increasingly difficult to sustain. That Francis himself may be inadvertently playing into the hands of the church’s adversaries, as some critics charge, is not beyond the realm of possibility. For those of us in the pews, being a Catholic hasn’t been much fun lately.

In my long-ago days as a student attending parochial school, the nuns taught us that faith is a gift. All these years later, I have concluded that, for me at least, it is more than a gift but also less. On the one hand, being Catholic has become central to my identity. It forms an indelible part of who I am, part of my birthright handed down by my parents and grandparents. I would no more abandon the church than I would abandon my country. To do so would be an act of betrayal. The very thought is anathema. On the other hand, remaining a Catholic today is necessarily a choice as well. There are, after all, other options. So I stay because I choose to do so, if only out of sheer stubbornness. I do not reproach the multitudes who bail out or just drift away. But I am sticking.

Still, sticking hasn’t been easy over the past couple of decades. This has especially been the case for those of us who worship in the once-celebrated Archdiocese of Boston, the very epicenter of the clerical scandals that have rocked the church in the present century. So when some occasion arises to remind an ordinary churchgoer of what the faith can and should be, it is cause for celebration. Recently, my wife and I participated in one such occasion, the installation of a new abbess at Mount St. Mary’s Abbey in Wrentham, Massachusetts.

Members of this community belong to the Order of Cistercians of the Strict Observance, perhaps more familiarly known as Trappistines. My wife’s older sister Maureen, now Sr. Robert, joined the Trappistines more than a half-century ago. Apart from sojourns in India and Rome, she has lived at Mount St. Mary’s ever since. This community of several dozen nuns supports itself by making and selling candy, which you ought to buy. Sr. Robert does not work in the candy factory, however. Instead, well into her seventies, she tends a small flock of sheep.

The reference to Strict Observance in the order’s formal name is misleading, in my view. Among other things, Trappistine life is not quite as strict as it was when Sr. Robert professed her vows. More to the point, a phrase like strict observance conjures up something akin to my long-ago plebe year at West Point: daily misery inflicted by petty tyrants of sadistic bent. While members of the community do still adhere to a demanding daily routine centered on ora et labora, the dominant attitude that they convey is one of effervescent joy in serving the Lord. That joy rubs off on everyone who encounters them, very much including me.

They do not fret. They do not rush. They are entirely in the moment.
sharetweet

Joy was much in evidence as Mother Sofia Millican, having been duly elected by the community, was formally installed as abbess. Here in the realm where Cardinal Archbishop Bernard Law’s diktats were once indeed law, Sunday Mass can tend to be a bit perfunctory. I don’t mean to suggest that we parishioners are just going through the motions, but the atmosphere can fall well short of electric. The liturgy this day may not have qualified as electric, but it was rich and immensely satisfying.

The chapel at Mount St. Mary’s is small, simple, and elegant. On this occasion, it was packed, not only with members of the community but with other religious and lay people. The Most Reverend Robert P. Reed, auxiliary bishop of Boston, presided. (When I was in the army long, long ago, I was, as a rule, not particularly fond of generals. There were exceptions, of course. So too today, I find that I am not particularly fond of bishops. In the case of Bishop Reed, I am willing to make an exception. Conveying an appropriate sense of dignity, he also contributed eloquence and self-deprecating humor. I foresee further promotions ahead.)

The liturgy itself lasted for more than ninety minutes, or almost twice as long as the typical Sunday Mass. While at worship (not necessarily when making candy or shoveling sheep dung), Trappistines move with a singular serenity and grace. They do not fret. They do not rush. They are, to use a cliché that I would otherwise be sure to avoid, entirely in the moment. This was the spirit that permeated the chapel and settled on all in attendance.

Our nine-year-old grandson attended with us. Gabriel tends to be on the rambunctious side, his life revolving largely around sports. He is the kind of kid who can get restless after four innings watching the Red Sox at Fenway. In this instance, however, he astonished us by remaining raptly attentive throughout the service. He even did his best to participate in the singing, though challenged by Latin texts from the centuries-old Cistercian Gradual.

The music was beautiful and there was incense in abundance. Bishop Reed’s homily was thoughtful and on point. Yet central to the service was his interrogation of Mother Sofia, asking her to affirm her commitment to leading her sisters in accordance with the laws of the church and the Rule of St. Benedict. To each of several questions, the new abbess—so young that she was not yet born when Sr. Robert entered the order—answered with a reassuringly firm “yes.” Satisfied with her responses, Bishop Reed conferred on her a special blessing and as symbols of her office presented her with a copy of the Rule, a ring, and a pastoral staff. With that, the service proceeded to its conclusion.

Festivities ensued as the community treated its guests to lunch, the menu notably including excellent beer produced by the Trappist monks of St. Joseph’s Abbey in nearby Spencer, Massachusetts. We used the moment to catch up with Sr. Robert, whose guard llama has recently died of old age. The llama protects the sheep from the threat of coyotes. Procuring a replacement has become a priority.

When we did finally leave the premises, we felt nourished in both soul and body. In his homily, Bishop Reed had quoted from Vita Consecrata, John Paul II’s 1996 Post-Synodal Apostolic Exhortation. In that document, the pope credited the men and women who today keep alive the ancient monastic tradition with “endowing history with hidden fruitfulness.” Every time we visit Mount Saint Mary’s we encounter that hidden fruitfulness. In a dark time, the abbey functions as our own guard llama of sorts, protecting us from despair.