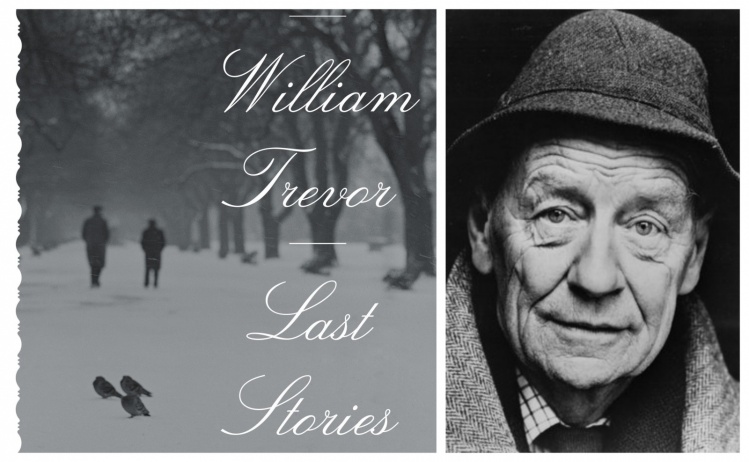 I was a very greedy reader. I read an enormous amount. Mainly thrillers and detective stories, and later on a lot of middle-brow stuff.... It’s the business of not knowing the answers that gets fiction written. One’s imagination streaks into other people’s lives.

In a career encompassing fourteen novels and thirteen collections of short fiction now culminating in the posthumously published Last Stories, William Trevor’s critical reputation has, to a remarkable degree, been considered in light of his sustained interest in depicting Irish feminine consciousness. His most popular and widely acclaimed novels—from Fools of Fortune (1983), to Felicia’s Journey (1994), and The Story of Lucy Gault (2002)—are linked in their careful interrogation, conducted from wide-ranging vantages, of feminine reality under the often oppressive agendas of the Irish state. While his long-form work has frequently hosted more sophisticated and affluent protagonists, Trevor’s short fiction has, since the late 1960s, been staffed by a gallery of petty criminals, confidence men, and above all, actors and artistes who habitually prey on the resources of the courteous and the genuinely kind. In this regard, Trevor’s work exemplifies the contention of Frank O’Connor, who argued in The Lonely Voice (1962) that the short story was a form built for “submerged population groups…tramps, artists, lonely idealists, dreamers, and spoiled priests,” all those who remained “by their very nature remote from the community.” Last Stories once again demonstrates an insurgent sense of how apt the short-story form is for expressing minority points of view.

The magnificent “Giotto’s Angels” traces the perambulations of Constantine Naylor, a peaceable but psychologically disturbed art restorer. Naylor wakes up one “bright May morning in 2001” on a bench in central Dublin with no memory of the recent past. His diagnosis of “amnesiac abnormality” almost certainly stems, the narrator implies, from a traumatic criminal or abusive episode in his adolescence in the provincial town of Knockmell. Naylor, who has many times forgotten his own name, now wanders the streets of the capital city taking signs for wonders: “When privately he considered his life—as much of it as he knew—it seemed to be a thing of unrelated shreds and blurs, something not unlike the damaged canvases that were brought to him for attention.” This image links, and even takes solace in, the equation of a damaged aesthetic object with a tattered social consciousness. Here, Trevor illustrates Chesterton’s insight that our “modern attraction” to the short story is no mere literary fad, but rather expresses the recognition that life’s fleetingness and fragility are best evoked by single, sharp impressions.

Perhaps the greatest single pleasure of Last Stories is the careful display it makes of Trevor’s sustained engagement with the national literary tradition.
sharetweet

Last Stories as a whole exhibits the sweep of Trevor’s wide reading and his skill in drawing from different literary genres. Several of the stories (“Taking Mr. Ravenswood,” “Mrs. Crasthorpe,” “The Unknown Girl”) bring the operations of the police procedural to bear on the conventions of the melodrama. Nowhere is this more apparent than in “The Unknown Girl,” which is placed midway in the collection. The story opens on a scene of abrupt and tragic violence: in three short paragraphs, the titular figure appears, plunging, either accidentally or suicidally, into oncoming traffic as bystanders “gathered on the tarmacked surface exchange their versions of how the occurrence might have come about.” The “uninvolved” at the scene perpetuate misinformation and casual conjecture while the unknown victim is described clinically by an omniscient narrator as an abject “burden,” a “lolling head,” a “body whose life was over.” Eventually identified as Emily Vance, piecemeal knowledge and recollection of this lonely girl is collected by an impoverished cleric. Soon the traces of her shadowy history are shown to permeate the lives of half-a-dozen auxiliary characters. Emily’s death, and more generally, the quiet violence that marks her solitude and thwarted search for love, are submerged in the story’s opening, allowing Trevor to reveal how Emily’s suffering troubles the realities of all those who might have shown her compassion.

Three of the collection’s stories, along with “Mrs. Crasthorpe,” emphasize Trevor’s late return to the conventions of mystery and crime fiction. They particularly suggest how the limitations of a bleak environment actively shape his protagonists’ lives. In “Mrs. Crasthorpe,” the seemingly shallow and “overly lively” widow frets in quiet desperation that her disabled son’s deviance will destroy what remains of a life distinguished only by its hard-won material comforts. And her fears prove well grounded. Mrs. Crasthorpe, now unable to command the attractions of men—an enterprise once idealized as lending definite meaning to her life—meets an end pointedly recalling that of Emily Sinico in Joyce’s “A Painful Case.” Much like Mr. Duffy in Dubliners, who can only fully comprehend the spurned Emily’s loneliness after her death, those who trivialized and rejected Mrs. Crasthorpe are left to wonder at their own callousness.

The story “The Crippled Man” is set in the environs of a remote cottage in Co. Kildare, and quietly retails the many failures of Irish rural life that have culminated in poverty and isolation, especially among the elderly. Trevor, picking up a common concern in contemporary Irish fiction, examines how economic migrants, here the “stateless survivors of what had once been Carinthia…now often regarded as gypsies,” are, like the country’s Travellers, shunned and disavowed by the local people. Yet these migrants are allowed to drift in and out of low-paying odd jobs and are tolerated in the community as drifters because they are (perhaps willfully) mistaken as Polish, and consequently assumed to be Catholic. Trevor shrewdly depicts the clannishness that remains widespread outside of Ireland’s urban centers.

Perhaps the greatest single pleasure of Last Stories is the careful display it makes of Trevor’s sustained engagement with the national literary tradition. As the literary critic Declan Kiberd has noted of Trevor’s early fiction, typically set in England, the author’s forte was occupying an “outsider’s imagining, the view taken by someone who stands on the edge of a society…who recognises that its misfits are usually the key to its meaning.” Trevor’s longtime readers, along with those new to his talent, will indeed be enriched by the way he adroitly stages, from a historically rich minority perspective, the peripheries of Irish life.

Jill Wharton recently completed a PhD at the University of Notre Dame. She is a writer and editor in Washington, D. C.