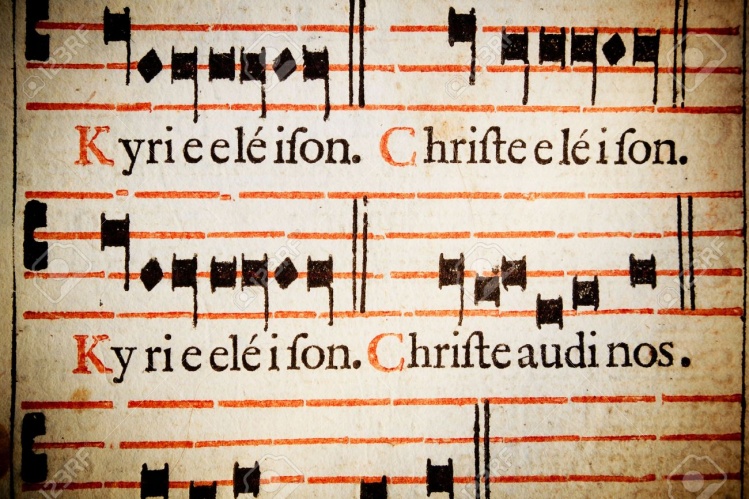 Can music evangelize? I don’t know the answer, but I think it’s an interesting question. Certainly, any number of people can hear music of Christian inspiration and remain unmoved and unchanged, unevangelized. The claim isn’t that all music evangelizes or that all people experience the Good News in the language of music. The question is: when someone does find his or her spirit stirred and faith enlivened by music, do we regard the music as merely a garment that clothes the Good News or is the music an actual ingredient in the message, expressing something about its nature that goes beyond words?

I know people who associate their Christian awakening with particular musical experiences, and many more who associate their newfound or renewed faith with musical expressions—such as hymns, songs of praise, or perhaps chant and the classics of church choral music and polyphony. Even though no one would equate the Gospel with music in a simplistic way, music seems often to play a role in movements of renewal. The inward response to the Christian message quickens, at least for some, when that message finds musical expression. It is no secret that music affects people in ways that may not always be named, but which are palpable. Certain music may even embody a quasi-sacramental quality; witness the term “sacred" music.

Jesus sang, of course, as did his disciples, as the New Testament attests. And there are so many canticles in the first few chapters of the Gospel of Luke, it’s practically a musical. Yet despite the (dubious) claims of some to be able to reconstruct music from the time of Jesus, it’s abundantly clear that the early Christian community made no attempt to pass on their music even as they passed on Word and sacrament, and (in elementary form, anyway) some type of church order. In a way, this absence of a musical “deposit of faith” is liberating, because as a result in every period of history, every human culture that has received the gospel has had room for its own musical expressions to give it voice. Even during periods when liturgical music was highly circumscribed by Church authority, folk songs and popular music developed and gave shape to indigenous expressions of the Gospel. Popular piety is a very musical thing.

Pope Francis, in his Apostolic Exhortation, The Joy of the Gospel, touched on this topic when he wrote about the arts in evangelization:

Each particular Church should encourage the use of the arts in evangelization, building on the treasures of the past, but also drawing upon the wide variety of contemporary expressions so as to transmit the faith in a new ‘language of parables.’ We must be bold enough to discover new signs and new symbols, new flesh to embody and communicate the word, and different forms of beauty which are valued in different cultural settings, including those unconventional modes of beauty which may mean little to the evangelizers, yet prove particularly attractive to others. (Evangelii gaudium, 167)

I liked his expression "a new 'language of parables'" because I think there is an easy way to cheapen this insight about evangelization, as if the arts should be used as a tool of salesmanship. (Talking about art as a "language of parables" gets us out of that cul-de-sac.) Indeed, there’s a strong way to think about how this works, which has nothing in common with salesmanship or manipulation. If we consider the activity of the Holy Spirit as something which is already abroad in creation, and if we have confidence in the Gospel as something which deeply resonates with what is most human in us, perhaps music does “do” something in evangelization that can’t be reduced to being merely an envelope for something else.

What do you think?