Why Is it Hard to Say 'Thanks'?
By Mike Smith
Spirituality 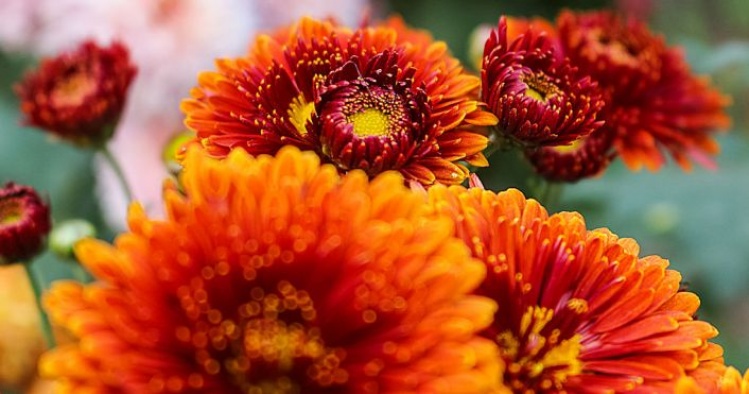 Last year, when my daughter asked everyone at the table to share a memory from Thanksgivings past, I found I had no distinct recollections to draw on. Other holiday memories come easily when called, but when I think of Thanksgiving, only images surface: The pale-glow of the television screen in the den, brown leaves in a roadside gutter, the special kind of sleepiness that scratches my skin like the onset of a cold. But these are also the stuff of movies; whether they’re implants or genuinely mine I cannot say.

My family and I must have traveled some years and hosted others. I’m sure I pasted colored bits onto a paper plate, sang songs, and tripped over lines laid out like traps by smiling teachers’ aides. I must have brought home bags of themed, unrecyclable papers, just as my children do now, but I can’t find them in my parents’ attic, or even the attic of my mind.

I realized some time ago that I rarely feel like expressing thankfulness on Thanksgiving. I suspect this is common. Perhaps it is hard to speak, or write, authentically about any holiday so consciously constructed by the culture, especially one that has been so cheerfully generalized and legislated. You might have better luck taking the whole month as your subject.

If you do, you might find out that the official flower of November is the chrysanthemum, and that might tempt you, as it did me, to discover everything you could about the cultural importance of chrysanthemums. They are, of course, the flowers of the corsage, that rich symbol of public courtship, mostly because their florets hold colors so well. The blooms of mums often last all winter here in the Mississippi Delta, where I teach, but what this might symbolize depends on the language you speak and your geographical location.

Chrysanthemums can mean life, or grief, or death. They are both balm and poison. In the culture of Japan, the way they came to be is revealed in a hauntingly familiar myth. The story begins when heaven gets too crowded and so some gods have to go. Among the exiled are the lovers Izanami and her consort Izanagi. When they arrive here on earth, Izanami sets about creating the lesser gods of winds and the sea, the god of mountains, and, finally, the god of fire. This last birth is a difficult one, though, and she dies in labor. Despondent, Izanagi seeks her out in the Yomi-no-kuni, the underworld, the Land of Black Night. He finds her, but he does not like what he sees. Like Persephone, Izanami has already dined there, and so has become a permanent resident, her beautiful face and figure now in a perpetual state of decomposition. One sight of this is enough to send Izanagi flying back from whence he came, where he promptly seeks purification through a bath in the river. He is in such a hurry that he tosses, pell-mell, his clothes and accouterments as he heads for a good scrub in the water. The world’s first chrysanthemum springs up where his gold necklace lands.

Opera lovers might recognize Izanami and Izanagi from the prayer Suzuki sings at the beginning of the second act of Puccini’s Madame Butterfly. She invokes them because she wants her lovelorn mistress to “weep no more, no more.” But, like a lot of entreaties to divinities, her prayer is not answered in any way she envisions. Butterfly’s sorrows end only when she puts her father’s knife to her throat. Madame Butterfly, composed in 1904, was the last of Puccini’s works to gain worldwide admiration. November, incidentally, was the month Puccini died, succumbing to throat cancer on November 29, 1924, two days after Thanksgiving. This was the same year too that the first of what would become known as the Macy’s Thanksgiving Day parade was held. Puccini died in Brussels, which is where, almost exactly fourteen years later, W.H. Auden composed a famous poem about “the dreadful martyrdom” that “must run its course/ Anyhow in a corner” and two white legs sinking helplessly into the sea while all the world, in all its rich ordinariness, keeps on going. This would have been just before he moved to New York and the land of grand November gestures of gratitude.

Perhaps I have trouble feeling grateful on Thanksgiving because, in my life, my expressions of gratitude, the genuine ones, have often followed pain or the avoidance of what seemed like imminent calamity. They are the clean bandages over wounds that might yet fester, the moments of prayer after a speeding car narrowly misses my minivan’s front end. It has even occurred to me that a true expression of gratitude might require prior suffering as catalyst. If I agree with Auden that suffering is an isolating condition—you endure or fail to endure your pain while others glide on by—then maybe I reject the notion of communal thanksgiving because our rituals make it easy to think that feelings of gratitude are equal and occasioned by similar experiences. Life teaches us that true gratitude is invoked spontaneously, by utterance, not by canned speech. Perhaps this is why I can’t easily summon memories of Thanksgiving, though every year I gather with loved ones around the table and say my thanks. Perhaps taking the chrysanthemum as symbol with its contradictory meanings of life and grief and death will help me remember. Perhaps I’ll even set one in a glass as a centerpiece this year.

Mike Smith teaches at Delta State University and is the author of three poetry collections. His essays have appeared in Image, Notre Dame Magazine, and elsewhere.