‘Them: Why We Hate Each Other—and How to Heal’
By Robert K. Vischer
Donald Trump
Domestic Affairs
Books 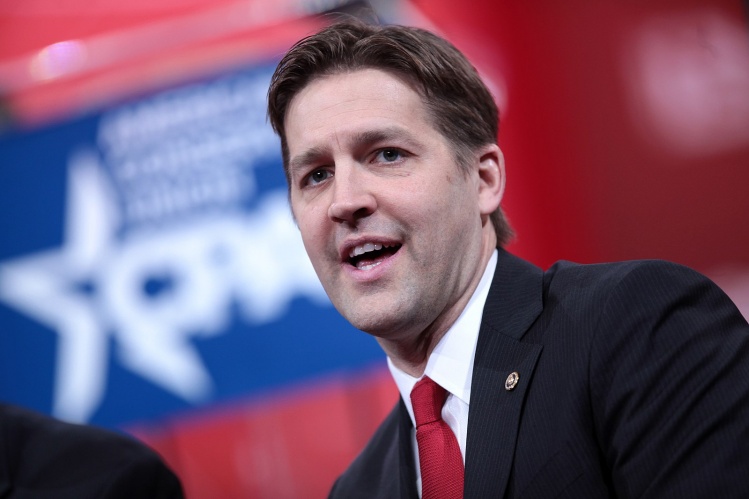 Our red state–blue state narrative and Trump-dominated news cycles fuel an impression that Americans’ lives are defined by one of two partisan loyalties. Conventional wisdom holds that our identities have become so wrapped up in our politics that compromise is nearly impossible. But this view of the nation as composed of two warring camps is simplistic. A recent large-scale national survey by the More in Common initiative, for example, found seven different categories of Americans along the left-right ideological spectrum, with only 8 percent of adults identifying with beliefs associated with “progressive activists” and 6 percent with beliefs associated with “devoted conservatives.” The overwhelming majority of Americans fall between these extremes and affirm the importance of compromise. This doesn’t mean that the fraying of our social fabric isn’t a danger, but rather that political disagreements are not the primary cause of this fraying.

Because of our fixation with national politics, a U.S. senator is well positioned to deliver a more nuanced message about our widely lamented national divide. Sen. Ben Sasse has already established himself as one of the more intriguing politicians in America today. He openly criticizes President Trump while serving as a Republican from a deep-red state, Nebraska. He brings academic expertise to policy issues—he has a PhD from Yale and is a former college president—at a time when a majority of his party believes that colleges and universities have a negative impact on the country. He specializes in self-deprecating humor on Twitter while party stalwarts on both sides of the aisle use the platform to fire up the base. In his academic background and output, along with his willingness to offend members of his own party by attending to social ills that do not have obviously liberal sources, he serves a function similar to what Sen. Daniel Patrick Moynihan did for Democrats forty years ago. (Sasse himself seems to aspire to that role: he requested Moynihan’s desk in the Senate.)

That Sasse’s new book, Them: Why We Hate Each Other—and How to Heal, is as refreshing as it is shows how rare it has become to find intellectual leadership among our elected leaders. Sasse diagnoses our nation’s polarization as being about a loneliness whose various sources have little to do with the results of any particular election. While readers may quibble with Sasse’s ultimate prescriptions, he should be commended for leading with ideas, rather than tribal signaling, and for doing the work required to situate his own ideas in a coherent worldview that transcends current hot-button political debates.

He begins by observing that, for the first time in decades and despite significant medical advances, the average lifespan of an American has declined for three years in a row due to “three culprits: Alzheimer’s, suicides, and unintentional injuries—a category that includes drug and alcohol-related deaths.” While technology “has liberated us from so much inconvenience and drudgery,” it “has also unmoored us from the things that anchor our identities.” He explores the “collapse of the local tribes that give us true, meaningful identity—family, workplace, and neighborhood...the reservoir of relationships that help us navigate the world.”

As passive consumers of stories that validate what we want to believe, Sasse writes that we are prone “to conceive of ourselves as victims of distant, malevolent actors.”
sharetweet

Sasse devotes chapters to the impact of family-structure breakdown on working-class Americans; the trend toward shorter jobs that are “less connected to tangible communities”; and social media, which is “shifting our focus away from...local spheres of actual influence and toward faraway spheres where we’re more likely to be passive.” He mines social-science research for insights, but also relies on stories from his upbringing in a small town where his dad was a high-school teacher and coach. He encourages “new practices of neighborliness” to nourish “rooted, purposeful lives.” He recalls a childhood when “people walked away from political conversations without thinking ill of each other, because that kind of talk happened in the context of actual relationships centered around local things that were a lot more important.” As the old forms of belonging vanish, human beings “turn to more troubling forms,” and Sasse’s candor shines through as he calls out the influence of media figures—most notably Sean Hannity—who provide their viewers with “dopamine, adrenaline, and oxytocin all at once” by appealing to their fears and resentments. Realizing that “enemies help give life coherence,” Hannity and his ilk drive division by exploiting the fact that “people work hard to confirm their biases, not to challenge them.” As passive consumers of stories that validate what we want to believe, we are prone “to conceive of ourselves as victims of distant, malevolent actors.”

Against this background, Sasse lays out three paths forward—none particularly easy—by which to cultivate the habits necessary to recapture a sense of rootedness and “restore a republic characterized by empathy and self-restraint.” First, Americans must “reject anti-identities” and be skeptical of politicians “whose statements frame our primary struggle in terms of one group of Americans versus another.” He reminds us that “most Americans have no interest in ‘conservatives’ who boo naturalization ceremonies or ‘liberals’ who cheer Antifa thugs.” Second, we should put politics “in its proper place” and work with our neighbors on our many “common interests and goals that are more important than just about any question of federal policy.” Third, we should “live local,” committing to our various overlapping communities. In this regard, we do not feel divided as a country “because we belong to too many different groups but because we prioritize them wrongly.”

Readers on the left will likely find Sasse’s proposed solutions to be unhelpfully geared toward self-reliance and insufficiently attentive to systemic inequities that can make meaningful self-reliance difficult. For example, he looks to towns of the Wild West and cities of the Industrial Revolution as places where community suffered, with high rates of alcoholism and loneliness, before “both places were made hospitable, sustainable, even beautiful” as “[w]e found new ways to build community that could accommodate a new economic order.” Government action does not create community by itself, to be sure, but a pro-community conservative like Sasse might have acknowledged the importance of early twentieth-century government intervention in child labor, workplace safety, public education, sanitation, and zoning, for example. Sasse would not deny that we need the government to support the conditions under which communities can flourish. But he doesn’t have much to say about what new government interventions might be needed to help restore community in the face of today’s forces of dislocation and alienation.

Still, readers who might question Sasse’s silence on this question should not be too quick to dismiss his book. It is noteworthy that a prominent conservative politician is willing to call out demagogues on the right and praise those on the other side of the aisle when they get it right. (He approvingly quotes Chuck Schumer and Bill Clinton on the importance of work to a person’s identity.) He’s identifying and articulating challenges we face as a society in ways that should resonate across the political spectrum, precisely because he does not pretend that politics will provide all the answers. Importantly, he is not seeking to win adherents by leveraging fear. He is trying to marshal support for a bipartisan recognition of social problems that our pundits and politicians rarely talk about. That may not take us where we ultimately need to go, but in an age of political identities constructed to maximize mutual distrust, it’s a good place to start.

We Hold Which Truths?