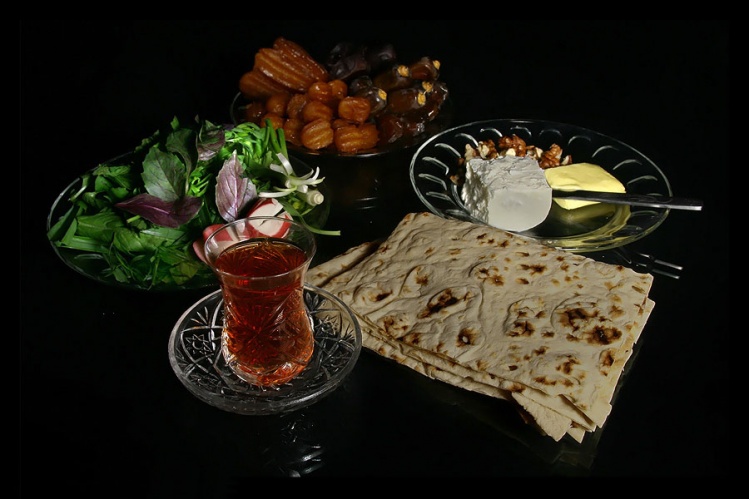 [This article first appeared in the February 14, 1997 issue of Commonweal]

For the last two years during Lent, I have been practicing a loose version of the Islamic fast. I decided on this method of fasting after listening to Muslims of my acquaintance describe their observance of the month of Ramadan (which ended this year on February 8). For thirty days, devout Muslims do not eat or drink anything from sunup to sundown. To sustain themselves, they rise before dawn and have a hearty meal, and at dusk they share a literal "break-fast," often at their mosque and often with people who are hungry because of poverty, not devotion.

The structure of the Ramadan fast appeals to everything I value in fasting. It is rigorous enough to make a difference in my life; it rewards me daily for keeping it; and it has a communal element that builds solidarity and resolve. Practically every Catholic spiritual writer up till the mid-1960s extolled the importance of fasting. It is a given in both the Hebrew Scriptures and the New Testament, and has been a fixture in church life and liturgy from the earliest times. The ancient Latin preface for Lent, in words addressed to God, summarizes its effects: "Through bodily fasting, you rein in our imperfections, elevate the mind, lavishly bestow strength and merit."

I have found that to be true. Fasting to me is the spiritual version of athletic training. It is one of the keys to self-mastery and, conversely, a turning away from self-obsession and toward total dependence on God. Even my frequent failings at fasting are instructive; like the Law in Saint Paul, a fast I can't maintain only demonstrates the more my bondage to the flesh and my need to entrust my life to God's mercy and power.

In 1966, when I was eighteen years old and just beginning to practice the Lenten fast, Pope Paul VI relaxed the universal rule for fast and abstinence for Catholics, relegating it to Ash Wednesday and Good Friday. He appealed instead to the consciences of the faithful to find individual and "more relevant" disciplines and to focus on the "positive" elements of the Lenten tradition-- prayer and works of mercy. I embraced the positive elements wholeheartedly, but found that the need to fast remained. Living as I was in the most gluttonous country in the world, I thought, what could be more "relevant" than fasting?

I have attempted all kinds of "moderate" approaches-- giving up this or that, not eating between meals, even trying to implement the church's own goofy definition of fasting as eating one main meal and two smaller meals that, taken together, can be no larger than the main one. But over the years, doing my post-Lenten evaluation, three things were always apparent: One, that I had no specific focus in my fasting. Two, that the less rigorous the fast, the less likely it was that I would keep it. And three, that I had no mechanisms of positive reinforcement; when faced with the bleakness of another week of Lent, I'd say to hell with it and guiltily eat and drink my way through half the refrigerator. Practicing a Lenten discipline based on the Islamic fast has changed all that for me:

All this is not to say it's easy to fast this way. In the beginning, there is a period of utter distraction and agonized craving. But, as with athletic training, the flabbiness gets worked off and is replaced by increasing endurance, optimism, and wholeness.

Today, both the individual benefits and the ritually confined common hardship of fasting have generally been lost in the Catholic church, with the exception of those in monastic life. For me, the Lenten fast has long been a lonely, often embarrassing business, labeled by many as a useless vestige of a benighted, body-hating age. But I don't believe I'll be alone much longer. As with so many other traditional practices abandoned after Vatican II, thirty years of lying fallow have made the ground rich for replanting the seeds of fasting in the communal life of the church.

Last year, Bishop Kenneth Untener of Saginaw, Michigan, issued a call to the people of his diocese for a Lent of "heavy-duty fasting." Excellent educational materials developed by a special diocesan task force on Lent provided a rich catechesis on the history, theology, and psychology of fasting, and suggested many possibilities, from traditional abstinence from food and drink to more contemporary acts of restraint, such as from compulsive shopping and TV viewing. The only element missing was a clear corporate thrust. Few ideas for group practices were suggested.

Whatever discipline the church chooses in the future, I believe that it should be understood in terms of community practice: This is something that we are doing together, just as we celebrate the liturgy together. Furthermore, any effort at reintroducing the fast must make--as Muslims do--the fundamental connection with the other two Lenten disciplines of prayer and almsgiving. Putting prayer time in place of eating time emphasizes daily the true meaning of the fast: the turn from self-centered desire toward total dependence on God. The relationship between fasting and almsgiving is equally important: The fast is not just for the self but for the other. My own Lenten fast saves me at least $25 a week in lunches and snacks, and I'm sure that's on the low end of many Americans' weekly expenditures for these items, children not excepted. Multiplying even that figure by a parish would result in a substantial sum to be earmarked for particular causes. The Ash Wednesday liturgy begins with this passage from the prophet Joel (2:15-16): "Proclaim a fast, call an assembly, gather the people, notify the congregation!" Here, at the top of the Lenten liturgical agenda, is a call for a physical fast, and a corporate fast. It is a call that Muslims hear. Now it is time for the Catholic church to hear it again, too.

Tags
Lent
Islam
From the Archives

Roger F. Repohl is director of music at Our Lady of Victory Church, the Bronx, New York.