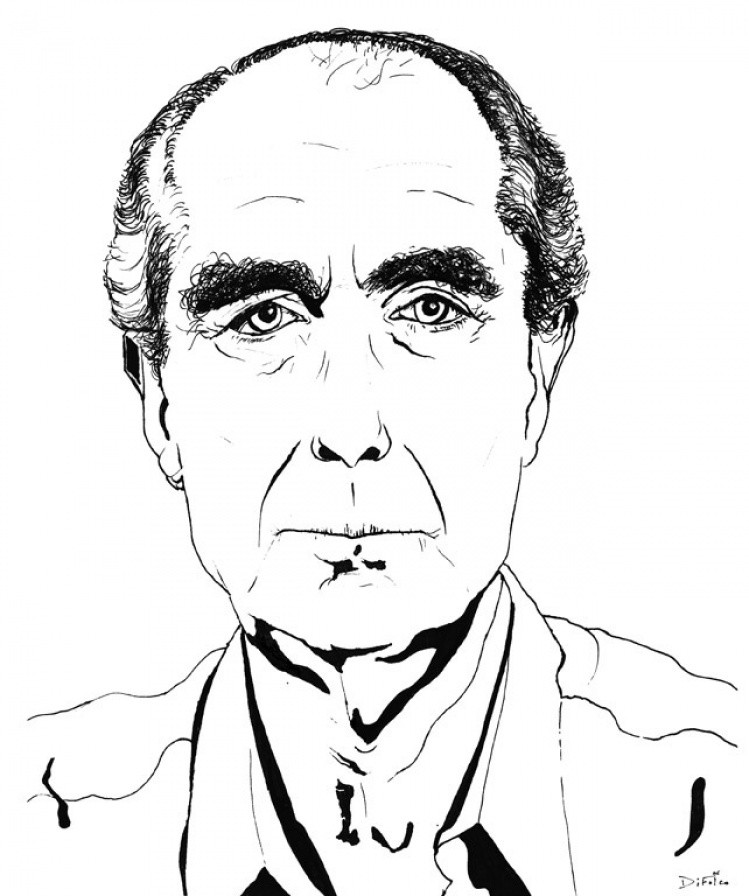 This article first appeared in the July 14, 2006 issue of Commonweal

The fifteenth-century morality play Everyman tells of a man confronted by death, deserted by friends, family, wealth, strength, beauty, his wits— finally only knowledge and good deeds accompany him to the end, after he has received the last sacraments. This is "a pilgrimage he must take which cannot be escaped." It is a grim and rather predictable tale, but the idea that it is true for all of us is at once obvious and scary; we want to avoid it.

Of course we can't, and some fine writers are there to make sure we don't. After I read Philip Roth's Everyman I re-read Tolstoy's The Death of Ivan Ilyich. Both are short and have a similar narrative structure: they begin with the funeral of the protagonist, which allows some vital (well, formerly vital) things about the deceased to be established before the business of his movement toward death is taken up. Then the story is seen from the protagonist's point of view, ending up where we knew it would all along. Both men suffer through their new and sharp awareness of mortality: they resent many of the living, often unreasonably, and find something terribly unfair about the fact of death itself. The difference in the endings is that Ivan Ilyich, who has been for all of his life only conventionally religious at best, finds release from fear and even from death itself in attempting forgiveness and reconciliation. There is no such release or hope for Roth's protagonist, who regards religion with loathing (as does Roth himself, something he made apparent in a recent NPR Fresh Air interview). "Religion was a lie that he had recognized early in life, and he found all religions offensive, considered their superstitious folderol meaningless, childish, couldn't stand the complete unadultness—the baby talk and the righteousness and the sheep, the avid believers. No hocus-pocus about death and God or obsolete fantasies of heaven for him."

Roth's Everyman— he is not given another name—is a thrice-married, thrice-divorced father of three children. His two sons can't stand him, but the daughter loves him and is the delight of his life. He is deeply aware that he treated one of his ex-wives very badly. He has been a prisoner of his passions, a faithful friend, a devoted son and brother whose memories of childhood, the family jewelry store, and of the sea he loved and delighted in as a child all become increasingly important as he comes to understand that he will lose it all.

The specificity of what death means to each of us is there in both Tolstoy and Roth.
sharetweet

The specificity of what death means to each of us is there in both Tolstoy and Roth. One of the funniest and most affecting moments in Ivan Ilyich is Ivan's inability to accept that he really will die:

The syllogism he had learnt from Kiezewetter's Logic: "Caius is a man, men are mortal, therefore Caius is mortal," had always seemed correct as applied to Caius, but certainly not as applied to himself. That Caius--man in the abstract-- was mortal, was perfectly correct, but he was not Caius, not an abstract man, but a creature quite separate from all others. He had been little Vanya, with a mamma and a papa, with Mitya and Volodya, with the toys, a coachman and a nurse, afterwards with Katenka and with all the joys, griefs, and delights of childhood, boyhood, and youth. What did Caius know of the smell of that striped leather ball Vanya had been so fond of? Had Caius kissed his mother's hand like that, and did the silk of her dress rustle so for Caius?..."Caius really was mortal, and it was right for him to die, but for me, little Vanya, Ivan Ilyich, with all my thoughts and emotions, it's altogether a different matter. It cannot be that I ought to die. That would be too terrible." [Aylmer Maude translation.]

But how could one voluntarily choose to leave our fullness for that endless nothing? How could he do it? Could he lie there calmly saying goodbye?...But leaving Nancy— I can't do it? The things that could happen to her on the way to school! ...He saw himself racing in every direction at once through downtown Elizabeth's main intersection—the unsuccessful father, the envious brother, the duplicitous husband, the helpless son— and only blocks from his family's jewelry store crying out for the cast of kin upon whom he could not gain no matter how hard he pursued them. "Momma, Poppa, Howie, Phoebe, Nancy, Randy, Lonny— if only I'd known how to do it! Can't you hear me? I'm leaving! It's over and I'm leaving you all behind!" And those vanishing as fast from him as he from them turned just their heads to cry out in turn, and all too meaningfully, "Too late!"

Everyman is a dark book, as dark as it could be, with one medical setback following another until the end. Roth's protagonist finds himself hating a brother who has always loved him and has been good to him, simply because his older brother is robust, while he has suffered one physical calamity after another. In addition, the protagonist resents his sons, who still have not forgiven him for leaving their mother.

You wicked bastards! You silly fuckers! You condemning little shits! Would everything be different, he asked himself, if I'd been different or done things differently? Would it all be less lonely than it is now? Of course it would! But this is what I did! I am seventy-one. This is the man I have made. This is what I did to get here, and there's nothing more to be said.

Roth can be as hard on his protagonist as his character has been on those around him. There is one long rant by the good ex-wife, condemning her former husband's lies and betrayals, and there is no doubt that she is right. And the sense that it all ends in extinction, that ultimately there is no meaning, would seem to make this a merciless, empty meditation, a long futile wail.

But it isn't. There are moments of remarkable tenderness in this book, gratitude for friendship and the love of parents and the beauty of the world, a sense that even if ultimately there is no divine purpose there are wonderful things and moments and people whose presence shines in such a way that we are right to mourn having to lose them. In one extended passage, the unfaithful husband goes to comfort his ex-wife after she suffers a stroke, and then talks with the widow of one friend and two old friends who are, in different ways, dying. There is a sad sweetness about these moments, as there is in a passage close to the end of the book where he visits the graves of his parents.

His mother had died at eighty, his father at ninety. Aloud he said to them, "I'm seventy-one. Your boy is seventy-one." "Good. You lived," his mother replied, and his father said, "Look back and atone for what you can atone for, and make the best of what you have left." He couldn't go. The tenderness was out of control. As was the longing for everyone to be living. And to have it all all over again.

Finally even fierce materialism gives way to the need for the bones of his long-dead parents to speak. But this isn't, as some reviewers have charged, simply sentimental, though it does risk sentimentality. It is a deeply human reaction, and its powerful claims on us are deeper than our expressions of belief or unbelief. At a funeral, Roth's character says of a woman whose sobbing irritates her husband that he can understand her grief.

Roth's character is not really everyman; neither, of course, is the original Everyman, nor is Ivan Ilyich. Death happens not to Everyman, or to Caius, or even to Ivan Ilyich or to Roth's unnamed, baffled, sad man on his way to death; all of these are imagined creations. But they are helpful reminders, like the skull on the monk's desk. The medieval morality play is in a way the crudest of the three, with labels pasted on the characters that are no more subtle than those old political cartoons with a guy labeled John Q. Public facing, in this case, the Grim Reaper. What is interesting is how alike Tolstoy and Roth are, though worlds apart in their final view of death. Their descriptions of the psychology of the dying are fascinating, and will strike people who have been around a lot of dying people as accurate enough. Just as Roth has been criticized by some reviewers for being too sentimental in the end, others claim he paints too grim a picture of dying. Not everyone goes so uneasily or angrily toward death, they say; many have a faith that helps them, and many are medically much luckier than Roth's sad perennial heart patient. But many people, with and without faith, have difficult deaths, and face them uneasily. Roth's character may not be every man, but he is very much like "many men and women, and Roth's book, like Tolstoy's novella, is in its way an act of compassion, moving and true.

Tags
From the Archives
Death and Dying
Books
Secularism and Modernity