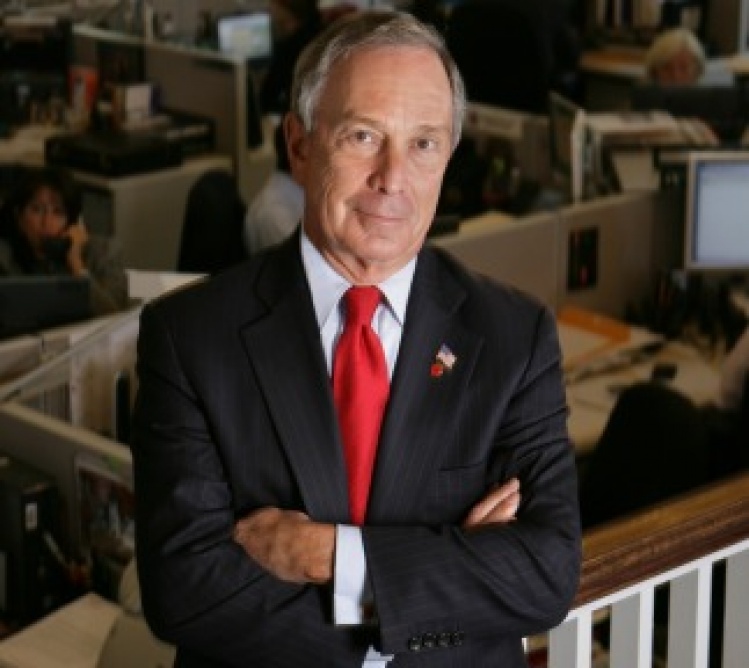 If you are tired of seeing the debate on guns dominated by the National Rifle Association and yearn for sensible weapons laws, you have to love New York Mayor Michael Bloomberg. When most politicians were caving in or falling silent, there was Bloomberg, wielding his fortune to keep hope alive that we could move against the violence that blights our nation.

But imagine that you also believe the Supreme Court's Citizens United decision was a disaster for representative government because a narrow majority broke with long precedent and tore down the barriers to corporate money in politics. The decision also encouraged the super-rich to drop any inhibitions about using their wealth to push their own political agendas.

When it comes to policy, I fall into both of these camps -- pro-Bloomberg on guns, but anti-Citizens United. And so I have been pondering the issue of consistency or, as some would see it, hypocrisy.

Put aside that the hypocrisy question is rarely raised against those who defend unlimited contributions except when the big bucks are wielded against them. Can I be grateful for what Bloomberg is doing and still loathe Citizens United? I say: yes.

Are opponents of Citizens United and the new super PAC world required to disown those who use their wealth to fight for causes we believe in? I say: no.

To begin with, even before Citizens United, the regulations on "issue advertising" -- most of what Bloomberg is doing now -- were quite permissive for activities outside the period shortly before elections. The Supreme Court's 1976 Buckley decision had already given wealthy individuals such as Bloomberg a great deal of leeway.

And unlike those who donate large amounts anonymously, Bloomberg is entirely open about what he's up to. He is simply offsetting the political might of the arms manufacturers.

Supporters of universal background checks along with bans on assault weapons and high-capacity magazines simply cannot be asked to repudiate the help they need to face down the power of the gun lobby.

To put it in an unvarnished way, I'm glad some members of Congress will have to think about whether enraging Bloomberg is more dangerous than angering the NRA. And his advertising serves to remind politicians inclined to yield to the gun lobby that their constituents support universal background checks by margins of around 9-to-1.

The Supreme Court has stuck us with an unsavory choice. If the only moneyed people giving to politics are pushing for policies that favor the wealthy, we really will become an oligarchy. For now, their pile of dough needs to be answered by progressive rich people who think oligarchy is a bad idea.

But playing the game as it's now set up should not blind anyone to how flawed its rules are. Politics should not be reduced to a contest between liberal rich people and conservative rich people. A donor derby tilts politics away from the interests and concerns of the vast majority of Americans who aren't wealthy and can't write checks of a size that gets their phone calls returned automatically. A Citizens United world makes government less responsive, less representative and more open to corruption.

That's why many who welcome the continued political engagement of President Barack Obama's campaign organization are nonetheless concerned about its dependence on big-dollar givers. This creates a troubling model that other politicians are certain to follow. It would be far better if Obama concentrated primarily on building off the pioneering work his campaigns did in rallying small donors.

This points to the larger danger for those who tout their tough-mindedness about using the current system for progressive purposes while still claiming to be reformers: Politicians are growing so comfortable with the status quo that they have largely given up on trying to change it.

Two who haven't are Reps. David Price (D-N.C.) and Chris Van Hollen (D-Md.), sponsors of the Empowering Citizens Act. It would provide a 5-to-1 match from public funds for contributions of $250 or less, thus establishing strong incentives for politicians to rely on smaller donors while offering the rest of us a fighting chance against the billionaires. Harnessed to new technologies, this approach could vastly expand the number of citizens who are regular contributors. Until Citizens United is overturned, as it should be, the best way out of our dilemma is to democratize the money game.

So, yes, let's cheer for Mike Bloomberg. But let's also insist on creating a system in which we will no longer need his money.