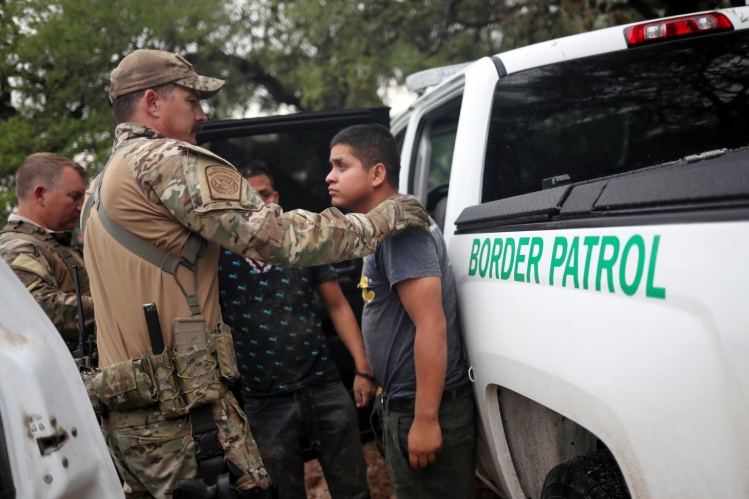 Bill Clinton tweeted that the immigrant children separated from their parents at the southwest border “should not be a negotiating tool,” as indeed they are. Clinton would know better than most; he too dealt with Republicans’ attempt to use children as a bargaining chip to create harsher immigration laws.

During the former president’s administration, California Republican members of the House of Representatives pushed for a new immigration law to include a provision allowing states to refuse to educate undocumented immigrant children in public schools. House Speaker Newt Gingrich and Senate Majority Leader Bob Dole, the Republican candidate for president, both pushed the idea. At one point, the House voted 257 to 163 to not only bar new undocumented immigrant children from registering for school, but also to let states dismiss those already enrolled. In the end, Clinton fended off that provision, but a month before his reelection, he signed a law that became a landmark on the road toward criminalizing immigration.

The Illegal Immigration Reform and Immigrant Responsibility Act of 1996 created broad new categories of crimes, many of them minor, for which immigrants were to be automatically deported. It imposed “expedited” review of asylum requests, which essentially denied rights recognized under international law. It barred “sanctuary” policies that a number of cities and states had, including San Francisco, New Mexico, and New York, leading Mayor Rudy Giuliani to sue the federal government, unsuccessfully.

As the U.S. and Mexican Catholic bishops put it in Strangers No Longer: Together on the Journey of Hope, a joint 2003 pastoral letter:

In 1996, the U.S. Congress eviscerated due process rights for migrants with the passage of the Illegal Immigration Reform and Immigrant Responsibility Act (IIRIRA), which authorizes the detention and deportation of migrants for relatively minor offenses, even after they have served their sentences. IIRIRA has caused the unjust separation of untold numbers of immigrant families. We urge the U.S. Congress to revisit this law and to make appropriate changes consistent with due process rights.

The bishops said that “Alarmingly, migrants often are treated as criminals by civil enforcement authorities.”

Now, Congress is gearing up to pass an even tougher immigration law. If throwing children out of school was the Republican bargaining chip in 1996, President Donald Trump now ups the ante by taking children away from their parents and detaining them. “Now is the best opportunity ever for Congress to change the ridiculous and obsolete laws on immigration. Get it done, always keeping in mind that we must have strong border security,” Trump tweeted on June 19.

Much like the “war on drugs,” the war on immigration clogged courts and overburdened the correctional system without making inroads against the problem it was supposed to solve.
sharetweet

Laura Bush’s protest of the Trump policy notwithstanding, “crimmigration” leaped forward with the George W. Bush administration’s “Operation Streamline,” which was introduced in December 2005 and continued into the Obama administration. It took a “zero tolerance” approach that required the filing of criminal charges against those who enter the country illegally on much of the Southwest border.

Much like the “war on drugs,” the war on immigration clogged courts and overburdened the correctional system without making inroads against the problem it was supposed to solve. Before Operation Streamline, most of those arrested at the border were allowed to return voluntarily under civil law.

According to a 2015 report by the Department of Homeland Security’s inspector general, the Border Patrol previously initiated criminal cases only for those considered dangerous based on criminal history or who were suspected of smuggling.

The inspector general found that the Border Patrol agents under the Operation Streamline mandate didn’t have adequate guidance on protecting immigrants who express a fear of persecution if they are returned home. This “may violate U.S. treaty obligations,” the report said, referring to U.S. participation in the 1967 United Nations Protocol Relating to the Status of Refugees. The same report found that the Department of Homeland Security didn’t have the data needed to know if the rising number of criminal immigration-law prosecutions—peaking at 97,384 in fiscal year 2013, during the Obama administration—actually deterred illegal migration.

“Ultimately, the expedited removal provisions of IIRIRA paved the way for blanket detention decisions that have contributed to the swelling of the U.S. immigration detention system,” Eleanor Acer and Olga Byrne wrote in a 2016 paper published by the New York–based Center for Migration Studies. “Twenty years after the enactment of the law, the United States is detaining record numbers of immigrants, with little evidence that these policies promote immigration policy goals such as deterring unauthorized migration or ensuring appearances at court hearings.”

Criminal immigration prosecutions actually dropped in the Trump administration’s first year, according to the Transactional Records Access Clearinghouse at Syracuse University. But after Attorney General Jeff Sessions ordered his own “zero tolerance” approach on the Southwest border—every undocumented immigrant was to be charged with at least the misdemeanor crime of unlawful entry into the United States—the numbers shot upward.  With their parents jailed, children automatically became “unaccompanied” minors who were placed, separately from their parents, in federal custody.

As the U.S. Civil Rights Commission said in a June 15 letter to Sessions and Homeland Security Secretary Kirstjen M. Nielsen:

The new policy unnecessarily separates families with no clear evidence that it increases border security. The Commission notes that a prior joint initiative of the Departments of Justice and Homeland Security that instituted a similar “zero-tolerance” approach did not reduce illegal border crossings as verified by the Department of Homeland Security.

Tim Tebow and the not-so-secular city