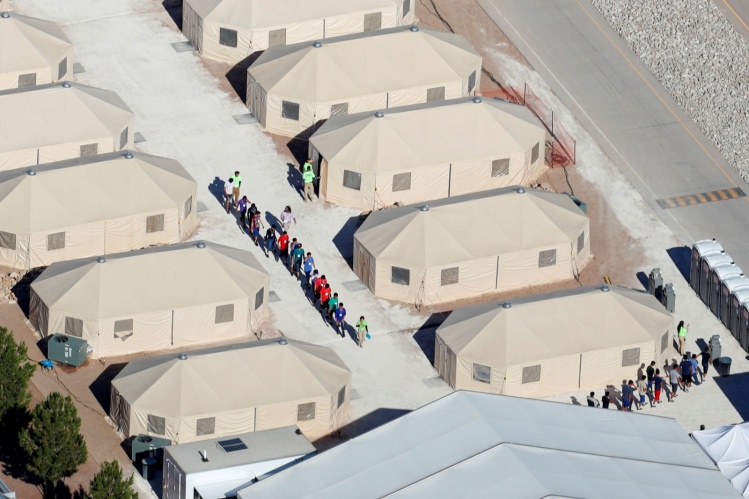 On April 6, Attorney General Jeff Sessions announced that the Trump administration was implementing a “zero-tolerance” policy toward people caught entering the United States illegally. Adults who crossed the border anywhere but at an official port of entry would be referred by Department of Homeland Security (DHS) officials for criminal prosecution, whether or not they were seeking asylum or traveling with children. In the past, immigration officials generally tried to detain families together if a parent was charged with illegal entry, but no longer: the new policy would separate parents from their children just as they arrived in a strange land.

The cruelty of such a policy has become distressingly plain. According to figures from the DHS obtained by the Associated Press, nearly two thousand children were separated from their mothers and fathers during a six-week period from mid-April to the end of May. “Little kids are begging and screaming not to be taken from parents, and they’re being hauled off,” Lee Gelernt, an ACLU attorney, told the Washington Post. “It’s as bad as anything I’ve seen in twenty-five-plus years of doing this work.” Audio acquired by ProPublica captures the cries of children as they’re taken from parents while a border agent makes a joke. One woman has claimed that her daughter was torn from her arms while she was breastfeeding her, though government officials deny this charge.

Once separated, the children are sent to detention centers overseen by the Department of Health and Human Services, and the images and accounts that have emerged from these facilities shock the conscience. Youngsters are housed in cage-like pens, twenty to an enclosure, toddlers together with adolescents. They sleep under Mylar blankets amid a litter of plastic water bottles and empty bags of chips. Lights remain on around the clock.

The trauma of such experiences, which can fairly be called child abuse, is likely to stay with these children for the rest of their lives. After visiting a detention center, the president of the American Academy of Pediatrics, Colleen Kraft, said children there could suffer irreparable harm. And as of now, the administration is said to have no long-term plan for what to do with the children in detention, or even a mechanism for accurately tracking them so they can be reunited with their parents. There has even been talk of setting up tent cities to house them.

The willingness of the administration to design and enforce a policy so morally shameful demands explicit and sustained condemnation, from all quarters, without equivocation or letup.
sharetweet

Typically, and pathetically, President Trump is blaming Democrats. “I hate it. I hate the children being taken away. The Democrats have to change their law. That’s their law,” he told reporters. This is a lie. There is no law requiring families to be separated at the border, let alone one that can be pinned on the opposing party. The family-separation policy is being implemented solely at the discretion of the Trump administration, and it could be rescinded immediately if Trump chose to do so. Meanwhile, though every Democratic senator has signed on to Senator Dianne Feinstein’s “Keep Families Together Act,” a bill aimed at keeping undocumented families together, not a single Republican has been willing to support it. (As this issue goes to press, Republican legislators are reportedly crafting a separate plan to stop families from being separated.)

What’s most troubling is how Trump is using children as bargaining chips to get his way on immigration—to assert toughness while assuring his base that his “big, beautiful” wall along the U.S.-Mexico border will get funded. If legislators don’t give in to his demands, then the suffering will continue. Trump “views the issue as leverage,” according to one report—further suggesting the president’s comfort in using extortion as a negotiating strategy.

A welcome counter to this depravity are the principled and outraged responses of numerous public figures and religious leaders. The U.S. Conference of Catholic Bishops issued a statement during its June meeting condemning the separation policy, while a number of individual bishops and cardinals have made plain their own disapproval of the administration’s actions, reminding Catholics that breaking apart families is a life issue too. Evangelical and Jewish organizations have also issued condemnations. Immigration advocacy groups have called for a national day of protest on June 30.

It is notable as well that all four former first ladies have vociferously demanded an immediate end to this policy. Laura Bush made explicit reference to Japanese internment camps set up during World War II. Ordinarily, we would note here that a comprehensive, bipartisan approach to meaningful immigration reform is imperative. But this moment calls for more. The willingness of the administration to design and enforce a policy so morally shameful demands explicit and sustained condemnation, from all quarters, without equivocation or letup. Even if the practice is eventually discontinued, the fact that the United States in 2018 is taking children from their parents and housing them behind wire should keep us troubled for a long time to come.