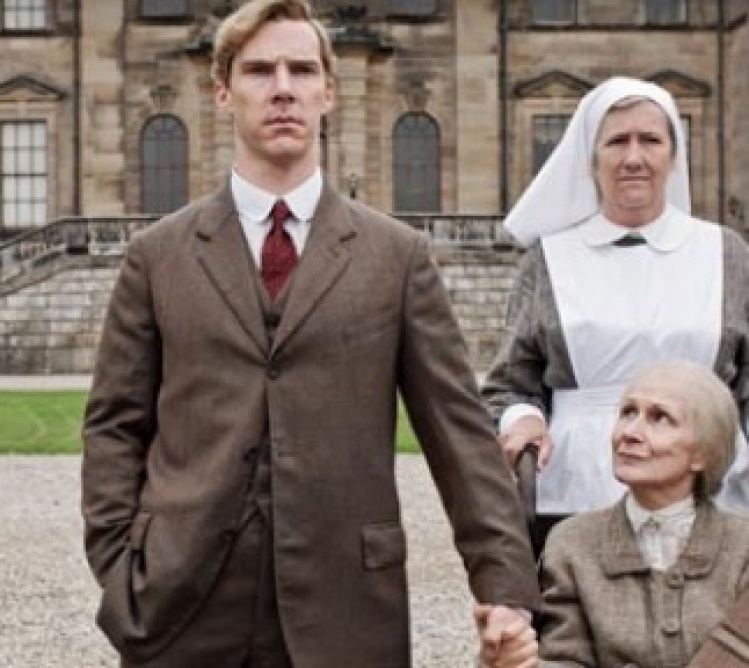 Have good manners ever earned such scorn and tribulation? That question might run through your mind as you watch Parade’s End, the gripping, poignant, and gorgeously filmed miniseries debuting on HBO February 26, 27, and 28. Based on a tetralogy of novels by Ford Madox Ford, Parade’s End chronicles the ordeals of a stubbornly honorable young British aristocrat, Christopher Tietjens, in the Edwardian age’s waning years. Determined to follow the rules of morality and decorum that he sees as his inheritance, the brilliant Tietjens finds himself the object of slights and scurrilous gossip in the halls of the British government, at the parties of the preening London elite, and eventually in the trenches of World War I.

Not that this compellingly acted series is merely a cautionary tale about the dangers of etiquette: Adapted by Tom Stoppard and directed by Susanna White (HBO’s Generation Kill), Parade’s End is a panoramic, subtly poetic depiction of the end of an era and the crumbling of a worldview. A starchy figure in a bowler hat and Eton collar, and, later, an army uniform, Christopher Tietjens (Benedict Cumberbatch, channeling bewildered stoicism) witnesses progressive social movements, including the campaign for women’s rights, battering the foundations of the British establishment. His ethos—which requires him to refrain from divorcing his spiteful, philandering wife Sylvia (the arch and glamorous Rebecca Hall)—is becoming archaic. “It’s not a good thing to find oneself living by an outmoded code of conduct,” he admits somberly at one point to Valentine (Adelaide Clemens), the suffragette he loves. “People take you to be a fool.”

The setting and themes of Parade’s End produced in association with the BBC (it aired in Britain last year), have inevitably invited comparisons to Downton Abbey. And indeed, many of the guilty pleasures offered by that Masterpiece Classic potboiler can also be found in this less soapy program. Parade’s End provides glimpses of spectacular mansions, beautiful English country landscapes, and delightfully fussy upper-class habits (an early scene features a housemaid serving Darjeeling and China tea, from silver teapots distinguished by tiny flags, at the Tietjens’ family breakfast table). And viewers who watch Downton Abbey largely for the dresses and millinery (guilty!) should know that, in this series, the frocks and feather-and-netting-bedecked hats are just as stunning.

But whereas the Crawley family saga showcases an unusually large number of likeable, good-hearted characters, Parade’s End teems with figures who are peevish, deluded, insincere, pompous, and self-serving, making for a vibe that is more bracing and unsettling, and less feel-good and weepy. And whereas Downton Abbey spoon-feeds us plot and characterization, this show forces us to pay close attention, less we miss a narrative twist or a telling line or image.

Plot, mingled with exposition, races along particularly quickly in the opening episode, which introduces us to the hero and his self-indulgent wife. An economics virtuoso who can draft a sonnet in two and a half minutes, Christopher has too much integrity to succeed at the Imperial Department of Statistics, where he is pressured to fudge numbers for political reasons. He’s not unctuous enough to flourish in high-society clubs and drawing rooms, and his marriage is hardly more welcoming territory: Sylvia deeply resents his gentlemanly tolerance of her unfaithfulness. At one point, she declares war on his forbearance, vowing to “shake a reaction out of that great lump!”

That she is Catholic and he Church of England only complicates matters. Despite her ethical lapses, Sylvia is apparently devout—we see her praying and going on a retreat—and she objects to Christopher’s initial decision to have their son raised Anglican. Her spiritual inclinations seem to prompt her, now and then, to use religious language when berating Christopher for his chivalry. “He’s Jesus Christ calling on the woman taken in adultery!” she sneers, after he declines to cause embarrassment by interrupting her tête-à-tête with another man.

A dyed-in-the-wool Tory, Christopher acts as he does because he believes in responsibility, a value that he sees as the foundation for social order. At the same time, he knows that old-fashioned gentlemanly behavior is a matter of keeping up appearances—or, as he puts it, a matter of “parade.” It’s a notion that is not exactly embraced by his only friend, Vincent Macmaster (Stephen Graham), a ruthless social climber who seduces a minister’s wife (Anne-Marie Duff). And the word “parade” itself acquires tragic overtones as the show’s later episodes chronicle the carnage of battle and the bungling of military administration by comically inept officers.

The idea of socially significant outward show—“optics,” to use a trendy word from our own day—emerges in the resonant visual leitmotifs. Artfully calibrated imagery of various sorts is subtly woven through the show’s five hour-long installments. A penny that we see plummeting down a well, in episode two, has an echo in a military-explosion sequence in episode five. A plowman whom Christopher spots at Groby, the family estate, later swims into a hallucination he experiences in the trenches.

But the most significant recurring image is that of the mirror—or, in a slight variation, the crystal. Looking glasses turn up again and again in the chic drawing and sitting rooms of Parade’s End. Sylvia looks at herself repeatedly in a mirrored compact that was a gift from a lover. Mirrors arranged at angles, so as to form a kind of prism, form the background for the show’s credit sequence. And the camera often lingers on the crystals hanging from chandeliers and candelabras—glassy shapes that seem akin to the shiny trinkets dangling from an enormous cedar at Groby, in accordance with a Tietjens family custom.

“It’s paganism—hanging up their bits and bobs like savages!” splutters Sylvia, who harbors irrational hate for the Groby tree.

Pagan relic or treasured piece of heritage, the decked-out Groby cedar may have seen its day—much like the pre-war dispensation that Christopher has revered. Fortunately, as the hopeful and deeply satisfying final moments of this miniseries make clear, a certain peacefulness sometimes follows the end of a parade.