Mass in the Orange Zone 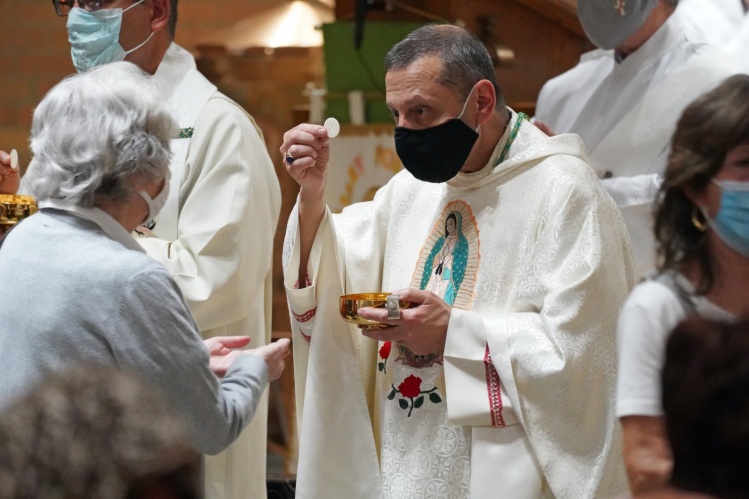 Here in the orange zone, it’s difficult to go to Mass on Sunday. Fearing that COVID-19’s terrifying springtime spread through Brooklyn and Queens could return, Gov. Andrew Cuomo issued an executive order restricting attendance at religious services in certain neighborhoods, including mine. Just twenty-five people can attend.

The Catholic Diocese of Brooklyn filed suit in federal court over this, presenting what a judge called very difficult issues: Cuomo’s order explicitly restricts houses of worship, raising First Amendment alarms. But at the same time, Cuomo said, infections were spiking once again, particularly in Brooklyn’s large ultra-Orthodox Jewish community in Borough Park. It’s the core of the red zone, where worship is restricted to no more than ten people. The orange zone is intended as a buffer. In yellow zones, houses of worship can fill to 50 percent of capacity. While they concede there is no evidence that Catholic parishes have contributed to the spread of the disease, public-health officials say it’s necessary to prevent large public gatherings at which a single person, perhaps asymptomatic, could spread the disease to many people.

Religious groups have filed dozens of lawsuits across the country asserting that pandemic-related restrictions violate the First Amendment’s free-exercise clause. Each suit arises from different circumstances, but they share the important principle of protecting a foundational American right. Still, as a resident of the orange zone, I can’t say that the new restrictions were a terrible imposition on me because Mass was easily available nearby in the yellow zone.

“The fate of literally thousands of Catholic parishioners and whether they will be able to attend Mass come Sunday hangs in the balance,” the diocese’s lawyer, Randy Mastro, a former deputy mayor to Rudolph Giuliani, warned in the first hearing for the Brooklyn diocese’s case. It was unfair, he argued, that Costco could be open for business (permitted because it sells groceries) on the same day.

My parish was one of twenty-six affected by the order, but there are 186 parishes in the diocese. For the Sunday Mastro referred to, I decided not to try to be one of the twenty-five people at my parish. (And no, I didn’t go to Costco instead.) Two yellow-zone parishes were both a five-minute drive away. I ended up taking a twenty-minute drive to a parish that celebrated Mass outdoors—a rarity in our diocese, where the chancery has permitted but not encouraged the practice.

As a resident of the orange zone, I can’t say that the new restrictions were a terrible imposition on me because Mass was easily available nearby in the yellow zone.
sharetweet

In an October 16 Brooklyn federal court hearing, a witness for the diocese discussed his own experience that Sunday. He was an impressive expert: former NYPD Chief of Department Joseph Esposito (who is also the former city emergency-management commissioner). Esposito is the volunteer chairman of a diocesan committee that investigates sex-abuse allegations and, now, of a commission that designed the churches’ precautions against COVID-19. He told of the sad task of informing parishioners arriving at his red-zoned Bensonhurst church that Mass would not be celebrated.

“We’ve been devastated. I was at church on Sunday just to help communicate that St. Athanasius was closed,” he testified. “There were people at the front door of churches crying because they can’t go to church. They showed with their entire family. They want to come in and celebrate the Mass. We had to turn them away. It’s very, very disheartening.”

It was indeed a heartache to go without the Eucharist for so many months while the diocese kept churches closed in what has been an exemplary response (as the judge noted) to the crisis. And one can understand why the parishioners at St. Athanasius were so upset upon hearing that they would once again be denied. But Mass was being celebrated nearby that Sunday at a yellow-zoned Catholic parish only a mile away.

Still, when the government effectively shuts down a church, it’s a grave constitutional matter that, according to the judge who decided the case, caused “irreparable harm.” That was one of the standards the diocese needed to prove to win a preliminary injunction. But in a decision released on October 17, Judge Nicholas Garaufis of Brooklyn denied the injunction because it “would not be in the public interest.”

He relied on an influential concurring opinion that Chief Justice John Roberts issued in a case permitting California restrictions. A Pentecostal church had challenged Gov. Gavin Newsom’s order limiting worship attendance to 25 percent capacity, asserting that it was unfair when supposedly comparable businesses were treated differently. Roberts said it was a false comparison: “Similar or more severe restrictions apply to comparable secular gatherings, including lectures, concerts, movie showings, spectator sports, and theatrical performances, where large groups of people gather in close proximity for extended periods of time.” People don’t congregate in large groups and in close proximity for extended periods of time in grocery stores or banks, he wrote. Beyond that, a Supreme Court precedent dating to 1905 gives the government broad authority to protect public health.

In his ruling, Garaufis wrote, “In fact, if the court issues an injunction and the State is correct about the acuteness of the threat currently posed by hotspot neighborhoods, the result could be avoidable death on a massive scale like New Yorkers experienced in the Spring.” On balance, the danger to human life outweighed the constitutional harm caused by several extra weeks of restricted Masses. Or in Catholic terms: the situation calls for a sacrifice for the common good. 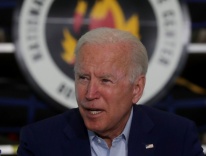 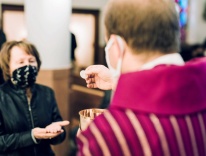