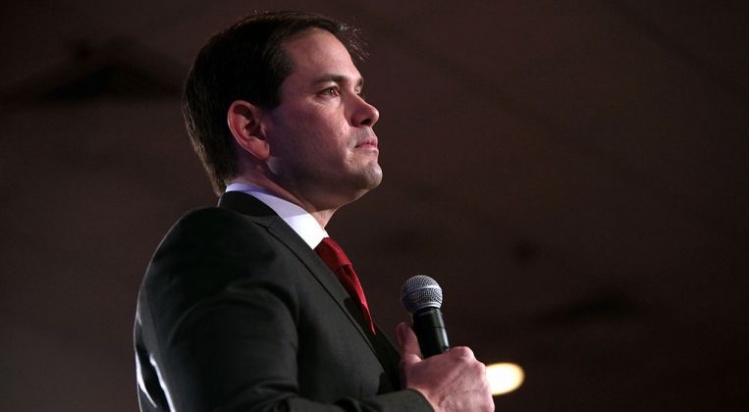 There was a time when Republican governors were not all that different from Democratic governors.

The politicians from both parties who ran the states tended to be a pragmatic lot. They were pro-business because they wanted their people to have jobs but they championed government spending in the areas that contribute to economic development, starting with education and transportation.

Democratic governors still largely behave that way, but many of their Republican peers have followed their national party to the right and now run far more ideological administrations. North Carolina, Kansas, and Wisconsin are prime examples of this break from a longer GOP tradition.

But in a pivotal debate here on Saturday night, the old solidarity among Republicans in charge of statehouses made a comeback of convenience. Govs. Chris Christie and John Kasich and former Gov. Jeb Bush are competitors but they had no qualms about creating an ad hoc alliance that might be called Governors Against Callow and Outrageous Candidates.

They took on both Donald Trump and, indirectly, Sen. Ted Cruz. But their central target was Sen. Marco Rubio, who had a chance to put all three governors away with a strong performance. Instead, thanks to the pugilistic Christie, Rubio wilted.

In nearly every season, there is a media favorite whose standing with journalists relates not to ideology but to what reporters think a good candidate should look and sound like. For some time, Rubio has been that guy. Fresh and fluent, Rubio seems to bridge the party's divides. He was nominated for the Senate as a tea party favorite, but was really an insider. You don't get to be speaker of the Florida state House of Representatives by being a mavericky rogue.

On paper at least, he’s the potential GOP nominee who scares Democrats the most. A young Cuban-American (age: forty-four) would presumably have a nice edge on either of the Democratic candidates (ages: sixty-eight and seventy-four), and Rubio loves playing the generational card.

In practice, trying to be all things to all Republicans has often thrown Rubio off balance. His multiple positions on immigration reform make him both a target of the GOP’s anti-immigration hard-liners and the object of (mostly private) scorn from Republicans who were struggling to get an immigration bill passed.

All along, the question about Rubio has been whether he's too good to be true. After Christie’s clinical takedown during their encounter at Saint Anselm College, this suspicion is now front-and-center in the Republican campaign.

“Marco, the thing is this,” Christie thundered. “When you're president of the United States, when you’re a governor of a state, the memorized 30-second speech where you talk about how great America is at the end of it doesn't solve one problem for one person. They expect you to plow the snow. They expect you to get the schools open. And when the worst natural disaster in your state's history hits you, they expect you to rebuild their state, which is what I've done. None of that stuff happens on the floor of the United States Senate.”

Ah, yes, governing is about running a government, even if Republicans aren’t supposed to like government.

The real shock was that Rubio played right into Christie’s hands by repeating a canned attack on President Obama four times. Christie couldn't believe his good fortune. “There it is, there it is,” Christie declared, basking in his eureka moment, and chopping five seconds off the prefabricated Rubio sound bite. “The memorized 25-second speech. There it is, everybody.”Of course none of the three governors is like the moderate (let alone liberal) Republican chief executives of old. Kasich came closest when he insisted that conservatism should mean that “everybody has a chance to rise regardless of who they are so they can live their God-given purpose.” Bush had by far his best debate, for once taking on Trump without backing off, and he has looked comfortable, even happy, in his final town hall meetings around the state. But over and over, Bush made clear just how conservative he had been as governor, and how conservative he’d be as president.

Nonetheless, for one night, positioning, ideology and Obama-bashing wrapped in an attractive new package were not enough for Rubio. It’s not clear what Christie did for his own candidacy, but he performed a long-term service by reminding his party that running a government is serious work and ought to be respected. That this was revelatory shows how far contemporary conservatism has strayed from the essential tasks of politics.