'Manchester by the Sea' & 'Fences' 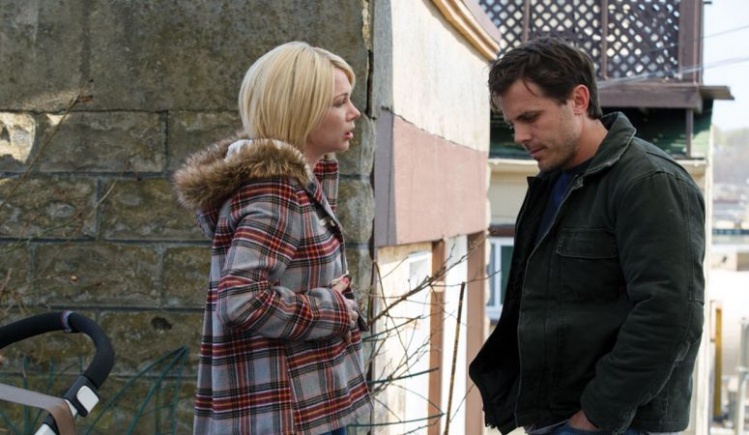 Even a frequent moviegoer rarely comes across a film that captures the drift and flow of daily life and conveys its pungent poetry. But Kenneth Lonergan’s Manchester by the Sea achieves this.

Manchester is not a story that strides toward a dramatic climax. It’s more like a dossier that shows us how Lee Chandler (Casey Affleck), a handyman for a Boston apartment building, has become the quirky man he is. Dealing with the tenants’ needs and complaints (a lot of them plumbing-related, of course), he works efficiently, though his minimal courtesies don’t encourage warmer relations. Yet he gets into trouble constantly. Confronted with a neurotically aggressive renter, he responds with an obscenity that earns him the management’s ire. Soon after, he starts a bar fight for the lamest of reasons. Affleck’s performance, alternating between suppressed sensitivity and unsuppressed sore headedness, presents Lee as a thoroughly self-isolated guy.

But he can’t keep the world at bay. When his brother in Manchester-by-the-Sea dies of heart failure, Lee finds himself the guardian of a teenaged nephew, Patrick, who insists that his uncle remain in the Chandler family’s hometown so that the boy won’t be separated from his schoolmates, sweethearts, and garage band. (His mother, a drunk, fled when she learned of her husband’s precarious health.) Waiting for the designated cemetery plot to unfreeze in the midst of a cold snap, Lee abides in low-simmering torment while driving his nephew from place to place and preparing for the funeral. What’s eating him? Lengthy flashbacks scattered throughout the film fill us in on the horrible tragedy that broke Lee’s spirit and led him to leave his hometown for Boston, while present-tense scenes show him reencountering ex-wife, friends, and relatives, who respond to him with varying degrees of compassion, puzzlement, and distaste.

Manchester isn’t “heartwarming,” thank God, but its candor and compassion stir the emotions by reminding us how messy our own lives are, how our warmest affections are muddied by resentment and our seemingly unbearable misfortunes are often lightened by the goodwill of our fellow bipeds. Consider one scene. Lee, just informed of his brother’s death, is conferring with hospital staff and friends in a hospital corridor when the reality of his loss suddenly penetrates his numbness and reduces him to silence. Then, almost involuntarily, he blurts out an obscenity, goes mute again, and finally apologizes before making practical arrangements for the funeral. All the ingredients of the scene—the naturalistic talk and the breakdown of talk, the furtive glances of embarrassment, the antiseptic look of the hospital corridor clashing with the pain churning within Lee—perfectly render the jagged emotions of a terrible loss.

Yet there is also raucous humor throughout. When Lee and Patrick are having a noisy tiff on the street, a passing pedestrian (played by Lonergan himself) snidely remarks, “Nice parenting.” The way Affleck instantly turns his somewhat restrained anger at his nephew into ballistic rage at the meddler is both hilarious and completely characteristic of Lee’s haywire personality. And the loving but tense tug of war between Patrick and Lee—the former (played by Lucas Hedges) so cockily certain of how and where he wants to live, the latter so pathetically uncertain of anything except his own guilt—keeps the story nicely balanced between roughhewn comedy and delicate pathos.

While Lonergan examines the nature of many kinds of relationship, Jody Lee Lipes’s cinematography lovingly renders nature itself, making us feel the chill of a New England winter, the crunch of old snow, the glare of sunlight on aluminum siding, the uninviting beauty of freezing coastal water. The real Manchester-by-the-Sea, a New England friend reminds me, has its upscale beauties and aristocratic residences, but Lonergan has visualized it as one big proletarian neighborhood.

The cast is uniformly superb, each role thoroughly inhabited by its actor. If Lee Chandler is often on the verge of becoming wearisome, it’s not Casey Affleck’s fault but an indication of an inherent limitation of the character and perhaps of the movie itself. Lonergan clearly wanted to make a character study rather than spin a great yarn, but even character studies need some final revelation, some last push forward into self-understanding, for us to feel that the study is complete. But there’s no lifting of Lee’s depressive inertia and, though he does finally arrive at a common-sense solution about what to do with his nephew, that solution entails no major shift in his nature or circumstances. True to life? Certainly, but what differentiates a dossier from a drama is that in the former our information about the subject increases while in the latter the hero’s understanding deepens along with our own.

Because I felt, after two of the film’s two-and-a-half hours, that I’d learned as much as I ever would about Lee, my attention began to slacken, and though I was never overtaken by boredom, I felt it waiting in the wings. At one point, I actually yearned for Gretchen Mol, who plays Patrick’s mother—a recovering alcoholic now married to a pious and clean-living prig—to take over the movie for a while. Mol’s comic brio shows us a woman in transition, and transition is dramatic. Unlike her, Lee is on an emotional treadmill: in motion but basically going nowhere.

Nevertheless, some dossiers are almost as compelling as great drama. Manchester by the Sea is one of them.

DENZEL WASHINGTON HAS brought August Wilson’s powerful play Fences to the screen with great skill. The choice of camera angles, the editing, the beautifully textured cinematography by Charlotte Bruus Christensen that conveys the look and feel of a poor but respectable black neighborhood in 1950s Pittsburgh, and, most of all, the superb cast, headed by Washington and Viola Davis—all combine here to keep the tragic downfall of the story’s hero, Troy Maxon, as lively as possible, even though the script is essentially the same as the stage play, and the dominant setting is a single yard next to Maxon’s house. (Wilson completed the screenplay just before his death in 2005.) Washington’s emphasis on visual realism and his (or Wilson’s) insertion of brief, mostly wordless episodes set in other Pittsburgh locales are obviously designed to make us forget that Fences began its life in the theater.

Yet, in a sense, this cinematic realism works against the true nature of the story. Yes, Fences the play is historically specific, its social background important, and its dialogue superficially naturalistic, but theatrical tragedy is always at odds with the inherent naturalism of most movies—with the look of real sunlight and the background noises of car engines and playing children. And dialogue that is colloquial enough on stage tends to sound like rhetoric when uttered onscreen. The necessary artifices of theater do not always translate well to film.

Troy’s predicament embodies many of the woes suffered by black men since Emancipation, but Fences is closer to Oedipus Rex or King Lear than to a typical domestic drama. Despite his great talent for baseball, Troy got into the game too late—after serving a long prison sentence for manslaughter—to make the big leagues. Now, still brimming with resentment, he claims to take pride in holding the steady job of garbage collector so that he can be a responsible family man, but that pride turns out to be hubris, and drives every member of his family away from him. The would-be patriarch winds up an isolate, daring death to take him. Troy both resists his destiny and takes part in his own destruction. A tragedy of such lacerating power, dominated by a self-dramatizing individual who spouts lengthy monologues and interacts with only four other characters, cries out for the starkness of live theater. On the big screen, Troy’s outsized intransigence can come off as irritating cussedness, and his slangy eloquence threatens to become hot air.

Yet the movie finally produces a feeling of profound loss that clings to you. And how many stage productions will have a cast of this stature? Washington may not have the barrel-chested swagger that James Earl Jones brought to the original New York stage production, but he gradually makes Troy’s frustrations so palpable that he keeps us worried about the harm, physical and emotional, he may do to others before he destroys himself. Affronted righteousness has always been Washington’s forte, and here it becomes menacing. As his wife, Viola Davis—she of the blank stare that turns into an x-ray—conveys a long backstory just by the way she slumps onto a kitchen chair and leans her forehead against her hand.

Go see this film, but don’t expect a movie-movie experience. It’s more like taking a time machine back to fifth-century Athens, where an American playwright is competing with Sophocles.

Birds on a Branch 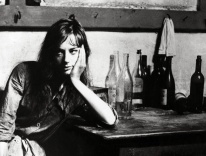