Making the Past Present

On Auden & 'For the Time Being'
By Anthony Domestico
Books 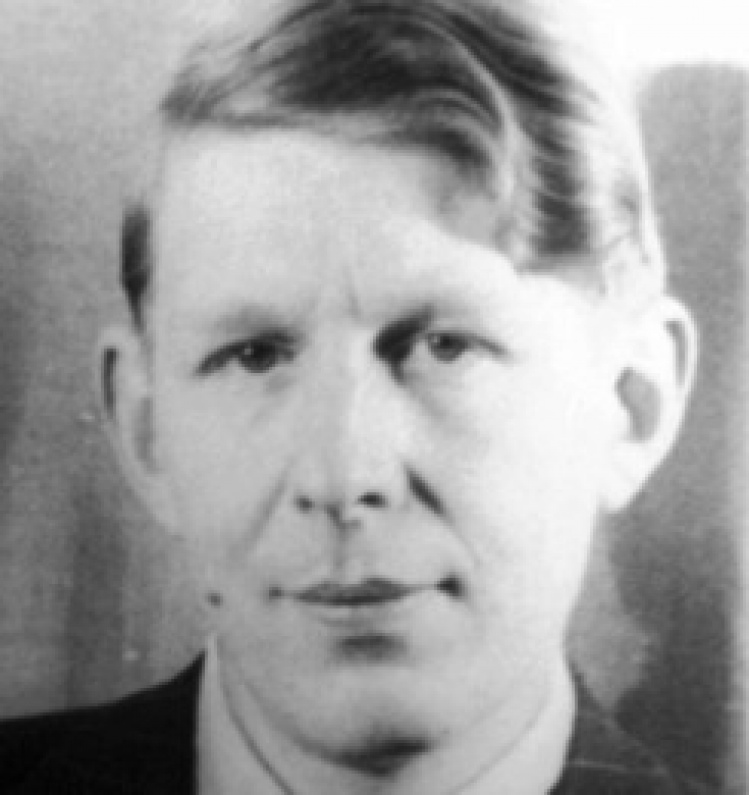 There are some writers who hit you like a lightning bolt, whose work moves you so deeply and immediately that you can’t believe you ever lived in a world without them. There are other writers who are more of a slow burn, whose work you first respected but didn’t like, then liked but didn’t adore, and then, in the end, loved absolutely.

For me, W. H. Auden is the second kind of writer. When I first read his poetry, I certainly could see its merits: the technical brilliance, the intellectual heft, the flexibility that enabled a move from apocalyptic portentousness to light comedy in the matter of a few lines. But, for a while at least, I found myself resistant. I rolled my eyes at the incessant name-dropping (Freud and Jung and Marx and Heidegger), and I found myself annoyed by the intentional obscurity of the early verse and the occasional smugness of the late. Auden was a poet I admired but couldn’t quite commit myself to.

All of that changed when I read For the Time Being: A Christmas Oratorio. The long poem circles around the Incarnation from various angles, showing us how it must have felt to the high and the low, to Christ’s family and to complete strangers. It is a daring, confident work, and its gifts are many. It contains passages of lyrical beauty (“Love can but confirm the more it would deny”) and abstract theology (“History is predictable in the degree to which all men love themselves, and spontaneous in the degree to which each man loves God and through Him his neighbour”). It is frequently humorous, especially in its depiction of Herod as a frustrated liberal complaining of the existential crisis brought about by Christ’s birth: “I’ve hardly ever taken bribes. How dare He allow me to decide? I’ve tried to be good. I brush my teeth every night. I haven’t had sex for a month. I object. I’m a liberal.” But it is also frequently moving, as when we hear Joseph struggling to understand what is happening to his young bride: “All I ask is one / Important and elegant proof / That what my Love had done / Was really at your will / And that your will is Love.”

As with many of Auden’s longer poems, For the Time Being is a slippery beast. Whenever you think you’ve got a hold of it, it goes off in another direction: it moves from a section in which Jungian archetypes—Intuition, Feeling, Sensation, and Thought—hold forth on how they “manage” man’s “fallen estate” to a conversation between the archangel Gabriel and Mary; from a colloquy at the manger to the theological musings of Simeon. The poem, combining choral songs, dramatic monologues, and philosophical arguments, is as varied in tone and form as anything Auden ever wrote. It is, as he said of an earlier poem, “a form that’s large enough to swim in,” and swim he does.

Over the past several years, Princeton University Press has been reissuing some of Auden’s best works—The Sea and the Mirror and The Age of Anxiety, for instance—in beautifully designed, meticulously annotated editions. Alan Jacobs, a professor of the humanities at Baylor University, has provided an introduction as well as extensive notes for the new edition of For the Time Being. Jacobs’s previous books include Theology of Reading: the Hermeneutics of Love and Original Sin: A Cultural History, and he proves to be a perfect guide to Auden’s most theological poem.

Auden started For the Time Being in late 1941, after his move to the United States and his return to the Christian faith; he completed it in 1943. The poem was originally to have been set to music by his friend, the composer Benjamin Britten. For various reasons, this never came to pass. Imagine trying to turn some of Simeon’s theologizing into an oratorio:

As long as there were any roads to amnesia and anaesthesia still to be explored, any rare wine or curiosity of cuisine as yet untested, any method of torture as yet undevised…there was still hope that man had not been poisoned but transformed, that Paradise was not an eternal state from which he had been forever expelled, but a childish state which he had permanently outgrown, that the Fall had occurred by necessity.

In his introduction, Jacobs explores many of Auden’s religious influences: the Anglican poet, novelist, and theologian Charles Williams, whose The Descent of the Dove traces the workings of the Holy Spirit throughout history; the historian Charles Norris Cochrane, whose Christianity and Classical Culture Auden reviewed for the New Republic; and Paul Tillich, whose The Interpretation of History examined the relations between kairos, kronos, and logos. (Auden wrote a poem in 1941 titled “Kairos and Logos.”) To this list we might add Reinhold Niebuhr, Auden’s close friend and an influence on everything Auden wrote from about 1939 onward, as well as Karl Barth, whom Auden often criticized as a Manichean but whom he also admired. It’s easy to forget, but Auden was as well versed in contemporary theology as his more obviously religious peers, T. S. Eliot and David Jones.

If there is a guiding theological thread to For the Time Being, it is the contrast between kairos (holy time) and kronos (clock time), between the shattering event of the Incarnation and all that is left in its wake. As Auden’s narrator tells us at the end of the poem, after the “Christmas Feast” is over and the decorations have been put “back into their cardboard boxes,” we are left with the “Time Being”—the time that isn’t quite empty but isn’t quite filled, either; the time that demands our purposeful action. This, the narrator claims, is “the most trying time of all”:

There are bills to be paid, machines to keep in repair,

Irregular verbs to learn, the Time Being to redeem

From insignificance. The happy morning is over,

The night of agony still to come; the time is noon...

Auden’s attention to the “meantime” comes as a surprise. Eliot’s “The Journey of the Magi,” another Nativity poem, focuses on the absolute drama of the Incarnation: the magi declare that “this Birth was / Hard and bitter agony for us, like Death, our death.” For Eliot, Christ’s birth means death—death of the old, pagan world and death of the old, sinful self. Yes, this death eventually leads to new, more abundant life, but this hopeful fact doesn’t take away from the terror of Eliot’s vision.

Auden’s poem, on the other hand, ends not with death but with “bills to be paid” and “irregular verbs to learn”—in other words, with the everyday and banal. Yes, the banal possesses its own kind of terror, but it’s a very different terror from the one Eliot describes. “The Journey of the Magi” expresses the fear we feel when it seems as if an old world is passing away; For the Time Being expresses the fear we feel when, even after divine truth is revealed, the old world seems to remain with us.

Christian theology often employs the concept of anamnesis—the idea that in the celebration of the Eucharist the past is really and truly made present again. Christ’s sacrifice isn’t something we remember. Or, rather, it is something that we remember in a truer, fuller sense than the verb “remember” usually expresses. The poet David Jones described this activity as a “re-presenting,” as a folding in of time that enabled the past to once again become the present.

For the Time Being achieves a similar feeling of temporal plenitude. Joseph waits for Mary not in a manger but in a twentieth-century bar: “The bar was gay, the lighting well-designed.” Herod boasts of his decidedly modern political and social reforms: “Barges are unloading soil fertiliser at the river wharves. Soft drinks and sandwiches may be had in the inns at reasonable prices. Allotment gardening has become popular.” The soldiers presiding over the massacre of the innocents sing bawdy songs: “Before the Diet of Sugar he was using razor-blades /And exited soon after with an allergy to maidenheads; / He discovered a cure of his own, but no one would patent it, / So he showed up again in the Army.”

In a letter from which Jacobs quotes in his introduction, Auden explains how this blending of time periods has serious theological meaning:

Sorry you are puzzled by the oratorio. Perhaps you were expecting a purely historical account as one might give of the battle of Waterloo, whereas I was trying to treat it as a religious event which eternally recurs every time it is accepted. Thus the historical fact that the shepherds were shepherds is religiously accidental—the religious fact is that they were the poor and humble of this world for whom at this moment the historical expression is the city-proletariat, and so on with all the other figures.

Auden wants to remind us that the events of the Incarnation are historical in a certain sense—that is, that they actually happened. But he also wants to show that the events of the Incarnation are not historical in another, more limiting sense. For Christians, what actually happened at a certain moment in the past has remained present ever since, changing the rest of history and pointing beyond it.

The degree of difficulty involved in writing For the Time Being was high. Auden wanted to create a work that was funny and theological, exuberant and serious, attentive to the holy times but also to the “meantime.” That the poem’s achievement matches its ambitions is remarkable. It’s one of the reasons why For the Time Being remains one of Auden’s greatest works and why Auden is now, despite my initial resistance, my favorite poet.