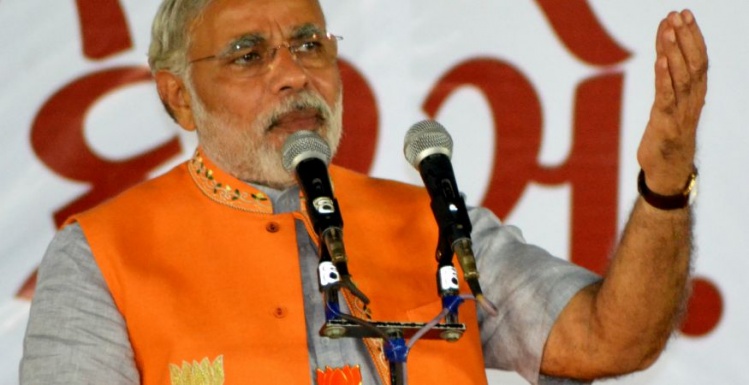 India, the world’s largest democracy, has been voting for the past month, and it’s just ending now. Huge numbers—814.5 million people are eligible to participate in the general elections—and serious security concerns led the Election Commission to use “phased polling.” The militia can only be in so many places at one time, and even its presence did not prevent a massacre of at least forty-one Muslims in a remote village in Assam, or the many violent attacks on candidates and supporters of the populist Aam Aadmi Party.

The ninth and final polling day was Monday, May 12. These are considered to be the most momentous elections since the 1977 routing of Indira Gandhi’s government put an end to a two-year state of emergency in which civil liberties were severely curtailed, the press was censored, millions of young men were forcibly sterilized, and political opponents were jailed and tortured.

The stakes are just as high in these elections, but the lines are not as clearly drawn. India’s current ruling party, the Congress Party, is presided over by Sonia Gandhi and her son Rahul. The Congress Party has been inept in its economic policy and embroiled in a series of scams to do with coal mining, telecom contracts, cash offered to members of Parliament in exchange for votes, and contracts awarded in return for bribes in the Commonwealth Games. The country is angry, restless, and eager for a change.

The party seen as most likely to provide change is the right-wing, Hindu nationalist Bhartiya Janta Party (BJP), led by the charismatic ideologue Narendra Modi. Frequently compared to both Hitler and Mussolini, Modi is highly intelligent and politically astute. He is currently the chief minister of Gujarat, one of India’s most economically advanced states, and he offers its prosperity as evidence of what he is capable of. Campaigning around the country now as his party’s candidate for prime minister, he appears to be all things to all people. For traditional Hindu voters, he appeals to religious values and panders to sectarian insecurity. For middle-class educated voters, he stresses his commitment to “minimum government, maximum governance,” managing at the same time to sound secular. The corporate sector hears about the Gujarat model of development. And just about every audience is treated to his militaristic defense of the country against outside aggression. Anyone who disagrees with him “should go to Pakistan.”

In 2002, thousands of Muslims were killed in communal riots in Gujarat while Modi was chief minister. He is widely believed to have engineered the pogrom to avenge the deaths of fifty-one Hindu pilgrims, who were said to have been killed by Muslims. It later turned out that the pilgrims died as the result of a malfunctioning kerosene stove they were using.

The ferocity of Modi’s Hindu nationalist beliefs and his authoritarian leadership style are viewed with alarm by many observers here. Already members of his party have successfully tampered with the educational curriculum, rewriting history to suit Hindu nationalist ideology. In one ninth-grade social-studies textbook used in public schools in Gujarat, a chapter titled “Problems of the Country and Their Solutions” lists minority communities as the first issue of concern. In the same book, Muslims, Christians, and Parsis are all described as foreigners. A book by the noted Hindu scholar Wendy Doniger of the University of Chicago has been withdrawn from the market by its publisher after threats by the BJP’s religious army, the Rashtriya Swayamsevak Sangh. Art exhibitions condemned by the RSS have been vandalized. And this may just be the beginning.

Feminists shudder at Modi’s tacit approval of traditional Hindu courts. Khaps are village councils charged with upholding morality and tribal honor. They have lately been in the news for punishing with torture and death couples who fall in love against caste norms. Environmentalists also fear the worst: Modi, known as supporter of big business, has not bothered to hide his contempt for them. His campaign promises massive super-highways across the country, the redirecting of rivers, construction of big dams and large-scale mining operations—all of which would threaten the environment. Modi is also no friend to voluntary organizations. He distrusts civil society and would probably divert monies from social programs toward bigger and better infrastructure.

But what is most worrying about the prospect of a BJP government is the specter of state-supported communalism. Muslims in Gujarat already live in larger and larger ghettoes, driven there through fear and a need for reassurance and support. Muslims in Gujarat’s most developed cities do not share in the glories of the Modi economic model. Without electricity, they languish in the sweltering heat. Without clean water and decent living conditions, they are more likely to have health problems. Without schools, they have little expectation that their children will be any better off.

The one feeble hope in India’s elections is that the major media here, which are all in the pockets of big business and therefore eager for a Modi victory, have overhyped his chances. The word on the street is that wherever there is a credible opposition candidate (often from the Aam Aadmi Party, the anti-corruption people’s movement), Modi is getting a real run for his money. Clutching to that straw, we wait nervously for the results on May 16.