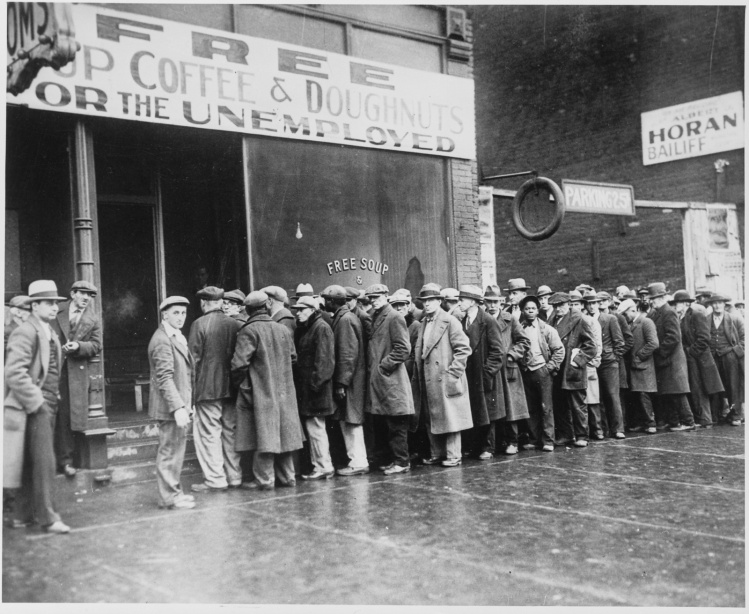 Charles Morris, a lawyer and former banker, has written a history of the Great Depression (1929–39) in the United States. His analysis in A Rabble of Dead Money locates the origins of that crisis in the rapid, unsustainable economic growth in 1920s Europe and the United States. This is popular history but also tackles tough issues both of economic history and economic theory. Morris does not neglect the human side of the depression, with its massive level of unemployment, hunger marches, bread lines, and mass migration from rural farms to the cities of the North and the West Coast. While some sections of the book will be challenging for the uninitiated, it is an essential account of events vital for us to understand, especially in the wake of our own economic calamities, and is warmly recommended even for those without a deep background in economics.

The debate over the causes of the Great Depression was vigorous from the start and has never been settled. Morris helpfully details many of those arguments. He is concerned primarily with the specific factors and policies that led to this particular economic depression and what made it so deep and so long. As a result the detail can be exhausting in its complexity. In frustration you want to say, “So everything causes everything!” However, at the bottom of all these debates is a fundamental question: Is a free-market economy inherently stable and able to ensure full employment over time, or is it unstable and given to periodic booms with rapid growth and low unemployment and busts when unemployment rises and goods cannot be sold?

Laissez faire was the dominant view of economics in both Great Britain and the United States at the time. This is the belief that there is an inherent stability in a market economy, that supply creates its own demand, and that full employment is the norm. What may appear as the destructive effects of market operations to those who experience them—the loss of jobs or industries, say—are merely transitory by-products of the market’s creativity in constantly forcing increases in efficiency and productivity.

The collapse of the stock market and then the onslaught of the depression in the early 1930s upended this view of the economy. When the U.S. unemployment rate hit 25 percent in 1933, economists and policymakers were ripe for a new vision and a new social philosophy. In the public’s eye the fundamental problem was that after 150 years of economic growth under a free-market economy, two-thirds of the population was still, in President Franklin Roosevelt’s words, “ill housed and ill fed.”

In addition, this failure occurred not just in the United States but throughout the whole market system. Rather than growth and progress being spurred by market-based international institutions, these institutions were a central factor in propagating a world-wide depression.

While the story begins in Europe after World War I, as Morris so vividly demonstrates, the actual collapse begins in October and November of 1929, the months of the stock-market crash and the initial phase of the depression: a three-year period followed when bank failures would become commonplace (9,000 out of the 24,700 banks in existence in 1930 had gone under by the end of 1933); when jobs would dissipate as if into thin air; when debts would become insufferable; and when prices would begin to drop (wholesale prices in the United States dropped 16 percent by the summer of 1930). This price decline particularly was a major obstacle to recovery because the expectations businesses had for profits, which influence orders to manufacturers, were continually lowered since no one could foresee when, and at what level, the fall would come to an end. It also meant that the real value of debts rose, making repayment more difficult. The most frightening aspect of all was that the system could apparently do nothing to help itself.

John Maynard Keynes’s economics and Roosevelt’s New Deal provided a theory and program to save the market economy by using government intervention to stimulate investment and aggregate demand and correct for large-scale unemployment. One of the cornerstones of Keynes’s theory was his treatment of investment. Economists had believed that as the interest rate dropped, borrowing for investment would increase. Keynes, on the other hand, argued forcefully that investment decisions were much more closely linked with what he called “animal spirits.” The term suggested fragility and instability, something more than rational calculation. Keynes had ample evidence for his case in the Depression, for even though investment was sorely needed and the interest rate had fallen below one percent, there was still minimal investment. No sane business would invest, regardless of the interest rate, if convinced that the project would incur losses.

In addition to his argument about the interest rate and investment, Keynes rejected the notion that wage reductions would lead to increases in employment. Instead, he argued that wages are a part of aggregate demand, in addition to being a part of production costs. If wages fall, aggregate demand and sales also will fall. If sales fall, profits will decline and firms will demand less labor. Thus Keynes argued that decentralized decision making by millions of consumers and businesses would add up to full employment only by accident. There are no automatic mechanisms pushing the capitalist economy toward full employment, no invisible hand that makes it all work. To Keynes it was not at all surprising that the economy was mired in a state of high unemployment with no mechanism to lift itself out.

In the United States it was not until 1933, when Franklin Delano Roosevelt assumed the presidency, that the deterioration in living conditions and economic understanding began to turn itself around. This certainly was not because Roosevelt had been blessed with a vision of the intricate workings of the economic system. He was, however, a creature of his times and realized, along with his counterparts in European capitals, that only one economic agent could possibly provide an avenue of escape for the system: the central government itself.

It had by then become acutely obvious that the isolated, atomistic activity of individual producers and consumers was not going to generate a substantial economic recovery, at least not in any acceptable time frame. While unemployment remained high right up to the war, the resulting massive government spending was seen as evidence that Keynes was right and that government-spurred demand could correct for the market economy’s periodic booms and busts. However, the true believers in free markets both in and out of the economics profession never gave up their belief in the stability of the free-market economy or their claim that it was government mishandling that allowed the downturn to become a depression.

These defenses of laissez faire received major support from Milton Friedman and Anna Schwartz’s book, A Monetary History of the United States. The depth of the Depression, they argued, was the direct and inevitable result of a drastic decline in the money supply from 1929 to 1933, resulting from misguided government policy. Free-market economists now had reason to claim that the economic system had actually been self-stabilizing all along! Only government errors had caused the catastrophe of the 1930s. Even though the Friedman-Schwartz claims were far from universally accepted, the rehabilitation of pre-Keynesian, laissez-faire economics was now well underway.

Despite Richard Nixon’s declaration that “we are all Keynesians now” the argument continues to this day, and his claim now seems like the last gasp of an era about to give way to the greed and individualism of the Reagan years—the consequences of which are still with us.

Morris covers all this and much more in just about four hundred pages. Do I have disagreements? A few here and there but only two of substance. His analysis of the U.S. domestic economy during the 1920s is more positive than warranted. Workers wages were badly lagging behind productivity gains, leading to increasing income inequality. This in turn held back the demand for the ever-growing production of consumer goods, which was a factor in putting a break on the economic boom. In addition, as in his earlier book on the Great Recession of 2008, The Two Trillion Dollar Meltdown, he minimizes the role of the financial sector in paving the way for the stock-market collapse and for that collapse to lead to the ensuing Great Depression. Keynes had a better take on the situation when he wrote in The General Theory: “Speculators may do no harm as bubbles on a steady stream of enterprise. But the position is serious when enterprise becomes the bubble on a whirlpool of speculation. When the capital development of a country becomes a by-product of the activities of a casino, the job is likely to be ill-done.”

Charles Wilber is emeritus professor of economics at the University of Notre Dame. He is the author of Economics and Ethics: An Introduction and Catholic Spending and Acting Justly.