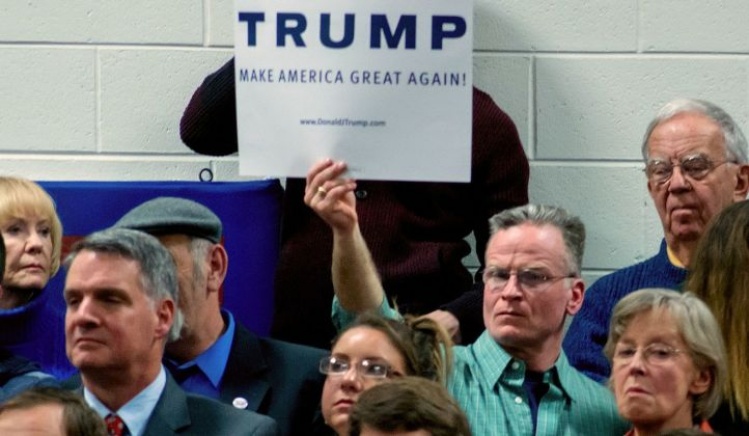 I’m hardly the first person to lament the fact that Norman Mailer, who died in 2007, is not around to help explain what Donald Trump’s political apotheosis means for the future of democracy and the fate of the nation. In Armies of the Night and Miami and the Siege of Chicago, arguably his best books, Mailer brought his novelist’s skills and mythologizer’s imagination to bear on the issues at stake in the Vietnam War and the 1968 political conventions. The Democrats’ deliberations in Chicago ended in riots and strong-arm tactics on the convention floor, splitting the party, galvanizing “The Silent Majority,” and helping Richard Nixon defeat Hubert Humphrey.

Trump has predicted riots if he is denied the Republican nomination in Cleveland in July, while simultaneously encouraging and disavowing the violence that has plagued his campaign rallies. What forces and resentments has Trump tapped into in this increasingly polarized nation, for they are surely more than just political? That is the sort of existential question Mailer had an uncanny ability to illuminate.

I’ve recently reread another of my favorite Mailer pieces, “In the Red Light,” on the 1964 Republican convention in San Francisco, written for Esquire. That gathering, which also bristled with the threat of violence, carved out a place for movement conservatives in the Republican coalition. The raw antagonism between supporters of Barry Goldwater and the largely East Coast, WASPy Republican “establishment” was as stark and visceral as the much-commented-on “anger” of today’s Trump devotees. Life magazine, house organ of the Republican establishment, had dismissed Goldwater as someone with “Guts without depth,” “a man of one-sentence solutions.” With Trump we seem to have been given a man with no guts, no depth, and one-word solutions.

Mailer had a measure of sympathy and admiration for Arizona Sen. Barry Goldwater and his supporters. He was leery of President Lyndon Johnson’s grandiosity, social engineering, and cynicism. Liberalism, Mailer argued, could be as great a threat to individual freedom as the more conservative strains in American politics. “A new leader, a mighty Caesar had arisen,” Mailer wrote. “Lyndon Johnson was his name, all hail Caesar. Caesar gave promise to unify the land. But at what a cost. For if the ideology were liberal, the methodology was total…. for Johnson was intelligent enough to run a total land, he had vast competence, no vision, and the heart to hold huge power, he had the vanity of a Renaissance prince or a modern dictator.”

Despite Mailer’s conviction that corporate capitalism was despoiling nature and turning grown Americans into frustrated children—“full of moral indignation and moral vacuity”—he was determined to give a fair hearing to Goldwater and those drawn to him. The clean-cut young people rallying to Goldwater’s cause in San Francisco were clearly “idealists,” Mailer perceived. “They were thrifty young men, hardworking young men, polite, slightly paralyzed before the variety of life, but ready to die for a cause.” For them Goldwater was the leader, not just of a political movement, but of a moral crusade.

Among the delegates, the stakes were more immediate and personal. They were dreaming of a “Republican purge.” Their ancestors, in Mailer’s accounting, had “won the country, and now they were losing it to the immigrants who had come after and the descendants of slaves.” They were aggrieved and appalled at how their homogeneous culture had been hijacked by the moneyed, the glamorous, and the unconventional. “They were loaded with one hatred: The Eastern Establishment was not going to win again, this time Main Street was going to take Wall Street.”

Once every decade or two, Mailer speculated, a hurricane blows through one of the nation’s political parties. In San Francisco in 1964, the convention was “murderous in mood.” Party stalwarts such as Nelson Rockefeller were publicly humiliated. The press was both shocked and intimidated. Republican belief in moderation and stability, embodied in the presidency of Dwight Eisenhower, gave way, in Goldwater’s immortal words, to a new credo: “Extremism in the defense of liberty is no vice…. Moderation in the pursuit of justice no virtue.” Or as Donald Trump might express that sentiment, “I’d like to punch him in the face.”

Goldwater, an unapologetic advocate of states’ rights, had voted against the Civil Rights Bill and called for the use of nuclear weapons in Vietnam. There was little room to his right when it came to a struggle to the death with the Soviet Union or the spurious threat of Communism at home. Criminals on the streets were to be rounded up and put away. As much as Mailer grudgingly admired aspects of Goldwater’s character and philosophy, he could not take the Republican Party’s anti-tax and small-government hymnal seriously. As long as the United States was determined to be a military superpower and a commercial empire, talk of shrinking government was little more than cynical misdirection from those who had profited enormously by keeping the nation on a constant war footing.

Goldwater, of course, lost to Caesar… er, Lyndon Johnson, in a landslide. He presented a frightening figure to many at the time, but compared to Donald Trump he now seems like a paragon of principle. It was Goldwater’s personal integrity that made him a hard case for Mailer. “Goldwater was a demagogue,” Mailer conceded. “He was also sincere. That was the damnable difficulty.”

Can anyone imagine that Donald Trump is sincere about anything other than his unquenchable love of self and need for adulation? Mailer would have had a field day with Trump’s ill-gotten wealth and personal crudeness, his lack of wit and imagination, his confidence man’s hauteur. Mailer concluded that Goldwater’s eagerness to pay any price to fight Communism everywhere was finally a “swindle,” an “extinction of the best in conservative thought.” Is Trump ushering in the end of that swindle or its renewal, only this time with Muslims and Mexicans as our diabolical enemies?