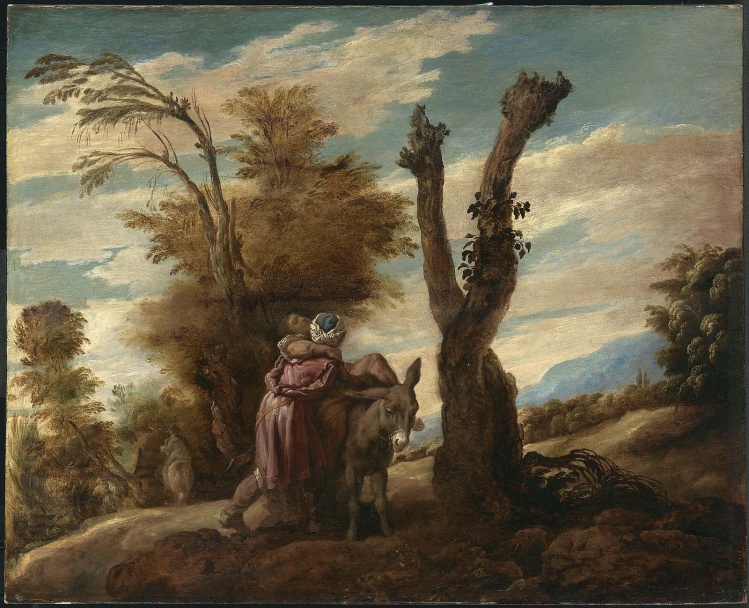 In the wake of the sex-abuse scandals that continue to rock the Catholic Church, conversations about staying or leaving it are more prevalent than ever. Those who lived through earlier waves of the crisis find themselves struggling yet again with what to do, while many younger Catholics are experiencing this shock and betrayal for the first time. Still others have suffered frustration and marginalization in the church for ages, their voices silenced and their vocations to ministry, marriage, and family stifled. Catholics from all these groups are understandably wondering if they’ve finally reached the breaking point. But as I listen to them and reflect on my own faith, I have come to wonder if the language of staying or leaving, of being inside or outside the church, is failing to capture the experiences of many people who live with these tensions.

In almost every aspect of my life as a theologian and ethicist, spouse and parent, friend and colleague, I have been challenged to think beyond binary categories to imagine new ways of understanding our identities, relationships, and responsibilities. Feminist theologians have long been disrupting dualisms that enable patriarchy: body/mind, spirit/flesh, sacred/profane, private/public. Queer theorists have pressed further to challenge essentializing categories that serve heteronormativity: male/female, masculine/feminine, and gay/straight. But it’s been the time I’ve spent thinking and praying with LGBTQ young people that has prompted me to explore another dichotomy: in/out. Are you in the closet or out? Have you disclosed your gender identity or sexual orientation? The answer is rarely a simple yes or no. People come out to different people at different times and in different spaces. LGBTQ young people also challenge the simple claim that being “out” is morally superior or necessarily truer to self. Living safely and well is much more complicated than that. So too is navigating membership in the church.

Does going to the margins actually take you to the center of the church?
sharetweet

For as long as I can remember, my strategy during the times I’ve been especially frustrated with the church has been to stay and work for change from within it. Don’t take yourself out of the conversation, I’d tell myself. Claim the Gospel good news for self, family, friends, and all those who suffer unjustly. Claim your identity as Catholic and refuse to be told by those in power that you are not a real Catholic, or a good enough Catholic, or that you are a mere cafeteria Catholic. That strategy has mostly worked, but I increasingly question what it means to do all this “within” the church.

These days I find myself lingering on the edges of the church. Sometimes it is too painful to be present at the liturgy, so I don’t go to Mass. Sometimes, when I do go, I just can’t bring myself to put a check in the collection basket. Sometimes I wonder if I’m betraying those I love who have never been welcomed for who they are or who they are becoming by not resolving these tensions and just leaving. So I continue to linger—and keep praying, keep seeking out community, keep finding church in unexpected places, keep beating my head against the wall for women, children, and LGBTQ folks. This is a liminal space I’m lingering in: a space of transition, of walking along boundaries, of being neither in nor out, of neither staying nor leaving.

It all makes me think of the parable of the Good Samaritan, which is speaking to me in new and fresh ways. It poses the deep question we all know: Who and where is my neighbor? It’s telling that the Good Samaritan found his neighbor not in Jerusalem or Jericho, but in between them, on the road, during his journey. Did the Good Samaritan ever get where he thought he was going? Did he realize that lingering on the side of the road, where he found a broken and bruised body, was what really mattered?

Mary M. Doyle Roche is Associate Professor of Religious Studies at the College of the Holy Cross in Worcester, MA, where she teaches Christian ethics. 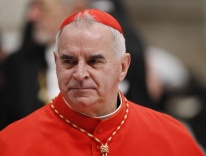 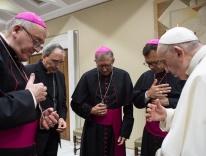 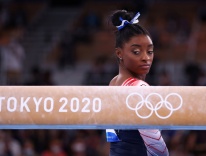