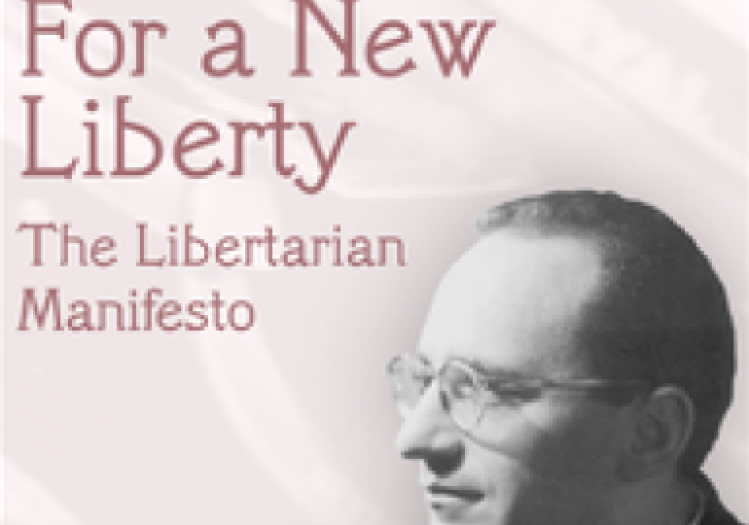 In politics, we often skip past the simple questions. This is why inquiries about the fundamentals can sometimes catch everyone short.

Michael Lind, the independent-minded scholar, posed one such question last week about libertarianism that I hope will shake up the political world. I'll get to his query in a moment. It's important because many in the new generation of conservative politicians declare libertarianism as their core political philosophy.

Libertarians have the virtue, in principle at least, of a very clear creed: They believe in the smallest government possible, longing for what the late philosopher Robert Nozick, in his classic book Anarchy, State and Utopia, called "the night-watchman state." Anything government does beyond protecting people from violence or theft and enforcing contracts is seen as illegitimate.

If you start there, taking a stand on the issues of the day is easy. All efforts to cut back on government functions -- public schools, Medicare, environmental regulation, food stamps -- should be supported. Anything that increases government activity (Obamacare, for example) should be opposed.

In his bracing 1970s libertarian manifesto For a New Liberty, the economist Murray N. Rothbard promised a nation that would be characterized by "individual liberty, a peaceful foreign policy, minimal government and a free-market economy."

Rothbard's book concludes with boldness: "Liberty has never been fully tried in the modern world; libertarians now propose to fulfill the American dream and the world dream of liberty and prosperity for all mankind."

This is where Lind's question comes in. Note that Rothbard freely acknowledges that "liberty has never been fully tried," at least by the libertarians' exacting definition. In an essay in Salon, Lind asks: "If libertarians are correct in claiming that they understand how best to organize a modern society, how is it that not a single country in the world in the early 21st century is organized along libertarian lines?"

In other words, "Why are there no libertarian countries?"

The ideas of the center-left -- based on welfare states conjoined with market economies --have been deployed all over the democratic world, most extensively in the social democratic Scandinavian countries. We also had deadly experiments with communism, aka Marxism-Leninism.

The answer lies in a kind of circular logic: Libertarians can keep holding up their dream of perfection because, as a practical matter, it will never be tried in full. Even many who say they are libertarians reject the idea when it gets too close to home.

The strongest political support for a broad anti-statist libertarianism now comes from the tea party. Yet tea party members, as the polls show, are older than the country as a whole. They say they want to shrink government in a big way but are uneasy about embracing this concept when reducing Social Security and Medicare comes up. Thus do the proposals to cut these programs being pushed by Republicans in Congress exempt the current generation of recipients. There's no way Republicans are going to attack their own base.

But this inconsistency (or hypocrisy) contains a truth: We had something close to a small government libertarian utopia in the late 19th century and we decided it didn't work. We realized that many Americans would never be able to save enough for retirement and, later, that most of them would be unable to afford health insurance when they were old. Smaller government meant that too many people were poor and that monopolies were formed too easily.

And when the Great Depression engulfed us, government was helpless, largely handcuffed by this anti-government ideology until Franklin D. Roosevelt came along.

In fact, as Lind points out, most countries that we typically see as "free" and prosperous have governments that consume around 40 percent of their GDP. They are better off for it. "Libertarians," he writes, "seem to have persuaded themselves that there is no significant trade-off between less government and more national insecurity, more crime, more illiteracy and more infant and maternal mortality ... ."

This matters to our current politics because too many politicians are making decisions on the basis of a grand, utopian theory that they never can -- or will -- put into practice. They then use this theory to avoid a candid conversation about the messy choices governance requires. And this is why we have gridlock.