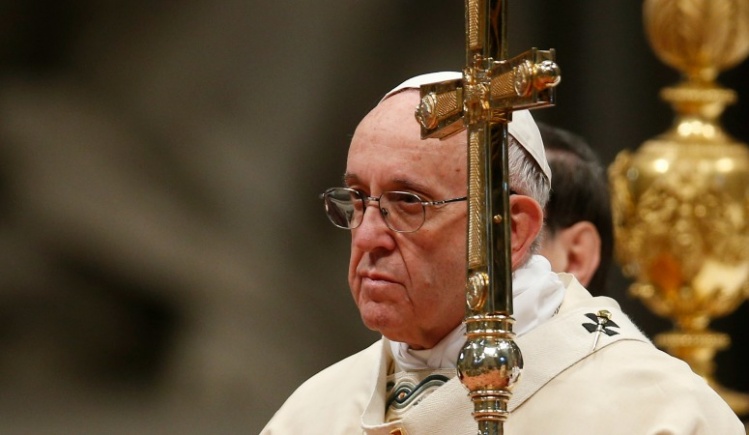 And despite a worrying and uncertain future on the international geo-political horizon —especially with the January 20 inauguration of the next United States President, Donald Trump—it promises to be an exciting calendar year for the pontificate of Pope Francis.

Expect the Jesuit pope to press the accelerator on his herculean efforts to reform the culture and structure of the central Vatican offices, known as the Roman Curia, and continue his evangelical push to re-orient the global church’s ethos, mission, and priorities.

There are a number of important church-related anniversaries that are set to take place in 2017 and Francis, who has shown amazing energy despite turning eighty last month, will be personally involved in several of them.

All eyes will be on his trip next May 12-13 to Portugal’s most famous Marian shrine where he will celebrate the one-hundredth anniversary of the first of a month-long series of apparitions by Our Lady of Fatima.

Incidentally, the pilgrimage comes just two months after Jorge Mario Bergoglio marks the fourth anniversary of his election as Bishop of Rome.

Watch for history’s first New World pope, who has emerged as the globe's leading voice for progressive causes and the main proponent in reviving the reforming spirit of the Second Vatican Council (1962-1965), to give a fresh and creative impulse to the so-called “message of Fatima.” He is likely to reaffirm the popular piety tied to the apparitions, while also casting Fatima’s message in a much more appealing social and communitarian context for contemporary society.

This year also happens to see the one-hundredth anniversary of the Latin Church’s first compilation of a comprehensive Code of Canon Law.

Promulgated by Benedict XV in May 1917, the code took legal effect one year later before being replaced with an updated edition in 1983. The anniversary provides Francis with the opportunity to give a major address on the proper place of church law as being at the service of Catholic theology and life, rather than as a heavy yoke that stifles the surprising action of the Holy Spirit in the earthly pilgrimage and ongoing growth of God’s people.

The fifth centenary of the start of the Protestant Reformation (1517-1648) is also being remembered this year. The catalyst of that turbulent and transformative chain of events, of course, was the bold challenge that an Augustinian monk and priest named Martin Luther launched in October 1517 when he published his “95 Thesis” calling for massive Church reforms. Pope Francis helped the spiritual heirs of Luther inaugurate the five-hundredth anniversary commemorations last autumn when he attended a joint, Catholic-Lutheran prayer service in Sweden.

This ongoing Luther Year will be another opportunity for the Argentine pope to more fully articulate and implement his vision for a new phase of ecumenism. He will continue to seek ways to convince Catholics and other Christian leaders that full unity among the various denominations can accommodate more diversity than has been admitted up to now.

It will be a daunting task, and Francis will continue face opposition from doctrinal hardliners in the Roman Church. Nonetheless, watch for him to intensify his efforts in uniting the fractured Christian world around the basic essentials of the faith.

But the anniversary that could lead to one of the biggest Church events of 2017 occurs next August 15. That's the one-hundredth anniversary of the birthday of Blessed Oscar Romero, the Salvadoran archbishop who was gunned down by a right-wing government-backed assassin in 1980 while celebrating Mass.

Officials in the archdiocese that the late prelate guided for nearly three years before his murder are working around the clock to see that the man already known as "San Romero” and the unofficial patron saint of Latin America is officially canonized in 2017.

And there are encouraging signs that his canonization could indeed take place in this calendar year.

The papal nuncio to El Salvador, Archbishop Léon Kalenga Badikebele, has played a key role in removing any obstacles. He reportedly told the tiny nation’s nine active bishops that those that did not wholeheartedly back the canonization efforts could submit their resignations immediately!

The only thing standing in the way at this point is a verified miracle.

A church tribunal in San Salvador is currently concluding its investigation into what appears to be a cure attributed to the would-be-saint’s intervention. It is believed that the tribunal will be able to send a meticulous and detailed report of its findings to the Congregation for Saints in Rome sometime next month.

Once that happens the supposed miracle would be further investigated by two Vatican commissions—one made up of seven medical experts and another consisting of six theologians. If both groups decide the miracle is legitimate, then the bishop-members of the congregation must give their approval.

People involved in promoting Romero’s cause say this final part of the process would normally take up to a year or eighteen months to complete. But they also point out that Pope Francis could step in at any moment and speed up the procedure. In another hopeful sign, it is said that the prefect of the Congregation for Saints, Cardinal Angelo Amato, is also working overtime to clear the path for the canonization.

But where would the ceremony take place?

Church officials in Latin America are pushing hard for it to be in San Salvador. And, ideally, they would like the pope to use the occasion to also beatify one of Romero’s close friends and collaborators, Fr. Rutilio Grande. The Jesuit priest was assassinated in 1977 by the same forces that eventually ordered the murder of the archbishop three years later.

And August 15 would be an ideal date for such a canonization/beatification ceremony. It is the pinnacle of the summer holiday season at the Vatican and in Italy—a perfect time for the unpredictable Pope Francis to head to peripheries.

It is well known by now that Pope Francis will reconvene his Synod of Bishops in the autumn of 2018 to focus on young people in the church. But the work to set the stage for that major gathering has already begun.

The preparatory document for Synod 2018 is undergoing final translations in the various languages and Cardinal Lorenzo Baldisseri, the Synod’s secretary general, is expected to unveil it to the press in the coming days.

The text is reportedly about twenty or so pages in length and will once again include a questionnaire (as in the last two Synod gatherings on the family) to help take the pulse of the situation of Catholic youth and the world in which they live.

Evidently, two Italians in the Synod secretariat prepared the text, which was approved by the Synod’s elected council of bishops back in November.

Fr. Raffaele “Lello” Lanzilli, a Jesuit from a small mountain town about an hour outside of Naples, appears to be the principal author.

Pope Francis made Fr. Lanzilli an official of the Synod secretariat in 2015 after his Jesuit confrere had completed more than twenty years teaching and ministering in Albania, the second poorest country in Europe.

The Italian priest is one the pope’s most trusted allies in Cardinal Baldisseri’s secretariat. And he’s also a vital aide in helping transform the working methods and functioning of the Synod so that it continues to become more of a place for the world’s bishops to freely debate, discern, and deliberate on issues facing the church.

But the questionnaire to help prepare for the 2018 Synod assembly will only be helpful if bishops from around the world actively encourage young people to answer its queries and speak to the topics it raises with complete candor.

The pope knows that, unfortunately, most bishops and priests do not have the patience or desire to really listen to their concerns.

“It’s important to ‘waste time’ with youngsters,” Francis said on Thursday to participants of an Italian conference on vocations.

“Sometimes they are annoying, because—as I said—they always come with the same issues; but it’s their time,” he said.

“More than speaking to them, we must listen to them, and give them just a ‘tiny drop,’ a word here or there, and done, they can go. And this will be a seed with will work from within,” the pope insisted.

The key question concerning preparations for the 2018 Synod assembly is how many bishops will actually “waste time” on their young people and really listen to what they have to say about their own “issues.”

There’s been a bit of noise recently about how so many people who work at the Vatican are demoralized or even terrorized by Pope Francis, even to the extent that they call him a dictator or tyrant.

Yes, some officials in the Roman Curia see the pope in precisely these terms and, since they lack the courage or decency to speak honestly with the him face-to-face, they have enrolled the help of certain journalists to air their grievances.

One of the most ridiculous accusations (which would be laughable, if it were not actually so pathetic) is that Francis is purging people—just chucking them out Rome insensitively.

Let’s be honest. We’re not talking about lay people with families, but clerics and members of religious orders.

The pope has rightly begun to send priests back to their dioceses or religious orders where, God (and anyone who ever dropped an envelope in the collection basket) knows, they will not starve to death or lack a roof over their heads. And, given the acute priest shortage, they certainly will not find themselves for long in the unemployment line!

It’s hard to calculate exactly how many of these men have spent most of their priestly lives working inside the Vatican. They come to Rome as young clerics for an initial five-year term and the next thing you know they are still here when they reach the age of retirement.

The pope has the right and the duty to send priests—and bishops, for that matter—back their communities of origin (where people need them) after they’ve worked for a limited time in the Roman Curia.

Those who complain that this is somehow an injustice towards men who are ordained—not for the Vatican, but for a specific local church or religious congregation—have failed to understand the true nature of a priestly vocation.