Why Do We Continue to Indulge the Saudi Government?
By The Editors
Editorial
Foreign Affairs
Donald Trump
Muslim-Christian Relations 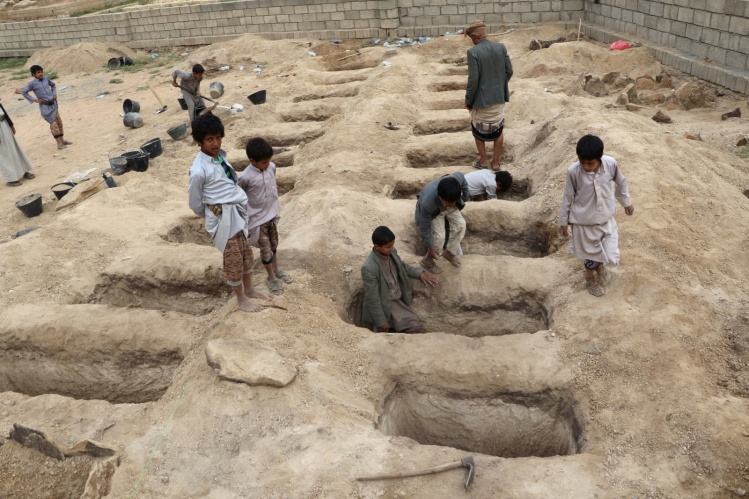 When the Turkish government provided the United States with an audio recording of the dissident journalist Jamal Khashoggi being murdered in Saudi Arabia’s Istanbul consulate, President Donald Trump declined to listen to it. There was, he told an interviewer, “no reason” for him to hear the tape; others could do that for him. Later, when a reporter asked Trump’s national-security adviser, John Bolton, whether he had heard the tape, he said he hadn’t and questioned why anyone would think he should: “Unless you speak Arabic, what are you going to get from it, really?” The reporter mentioned the possibility of listening to it with an interpreter, but Bolton replied that he might as well just read the transcript—though he didn’t quite say whether he had done even that much. No one pointed out to Bolton that the sounds of a man being tortured to death and dismembered with a bone saw might be difficult to transcribe. Between Trump’s comments and Bolton’s, it was hard to avoid the impression that the president and his closest advisers would rather not be confronted with audible evidence of a serious crime they still refuse to take seriously.

CIA Director Gina Haspel also does not speak Arabic, but nevertheless flew all the way to Turkey to hear the tapes. They seem to have made an impression on her. In a closed-door briefing on December 4, she provided U.S. senators with details of the recordings and other classified information that led the intelligence agency to conclude, with “high confidence,” that the crown prince of Saudi Arabia, Mohammad bin Salman, had ordered Khashoggi’s murder. Despite having been assured a week earlier by Defense Secretary James Mattis that there was “no smoking gun that the crown prince was involved,” senators of both parties found Haspel’s presentation convincing. After the briefing, Republican Sen. Bob Corker of Tennessee, chairman of the Senate Foreign Relations Committee, told reporters that “if the crown prince went in front of a jury, he would be convicted in thirty minutes.” Republican Sen. Lindsey Graham of South Carolina said there was “zero chance, zero, that this happened in such an organized fashion without the crown prince.” This was a far cry from the president’s willful agnosticism about whether a U.S. ally’s de facto head of state had orchestrated an assassination: “Maybe he did and maybe he didn’t!”

The United States can no longer use the threat of Shiite terrorism to justify a Sunni state’s crimes against humanity.
sharetweet

Now senators are looking for ways to punish Riyadh and signal their outrage at Trump’s prevarications, though without the cooperation of House Republicans. Graham favors a resolution explicitly condemning the crown prince for Khashoggi’s killing, and has cosponsored a bill with Sen. Robert Menendez (D–N.J.) that would suspend the transfer of weapons to Saudi Arabia. Even before Haspel’s briefing, fourteen Senate Republicans joined Senate Democrats to advance another resolution—sponsored by Sen. Bernie Sanders (I–Vt.) and Mike Lee (R–Utah)—that would end U.S. support for Saudi Arabia’s war against the Houthis in Yemen, a war launched by the crown prince himself.

Such a resolution is long overdue. The war in Yemen could soon result in the worst famine in a century. According to the United Nations, 12 million Yemenis are at risk of starvation. Since the war began in March 2015, Yemen, already the poorest country in the region, has seen its currency lose two-thirds of its value and its GDP fall by half. Almost 80 percent of its population now depends on humanitarian assistance, but a naval blockade has prevented shipments of food and medicine from reaching the country, while making it impossible for Yemenis to fish their own waters. As many as 85,000 children may have already died of hunger or preventable diseases such as cholera and diphtheria. People are also dying of diabetes and kidney disease because insulin and dialysis are unavailable. Half of Yemen’s medical facilities have had to close, but the gravely ill cannot be sent abroad for treatment, since the Saudis have also blocked all commercial flights from Sana’a, Yemen’s capital.

Initial peace talks are now underway in Sweden, but without pressure from the United States the Saudis are unlikely to make the necessary compromises. In the meantime, Saudi warplanes will continue killing innocent civilians with missiles made in the United States. The official reason we tolerate and enable this kind of state terrorism is that its victims are supported by Iran, which the U.S. government has named the world’s leading state sponsor of terrorism. The Khashoggi murder and cover-up have underscored the absurdity of this double standard: the United States can no longer use the threat of Shiite terrorism to justify a Sunni state’s crimes against humanity. Our willingness to indulge the Saudi government—to overlook its violent suppression of dissent, as well as its oppression of women, foreign workers, and religious minorities—has made a mockery of U.S. pretensions to promote human rights and democracy in the Middle East. As soon as Democrats assume control of the House of Representatives, they must work quickly with the Senate to put an end to this lethal hypocrisy.

Our new issue is live