Lawyer Up the Prey 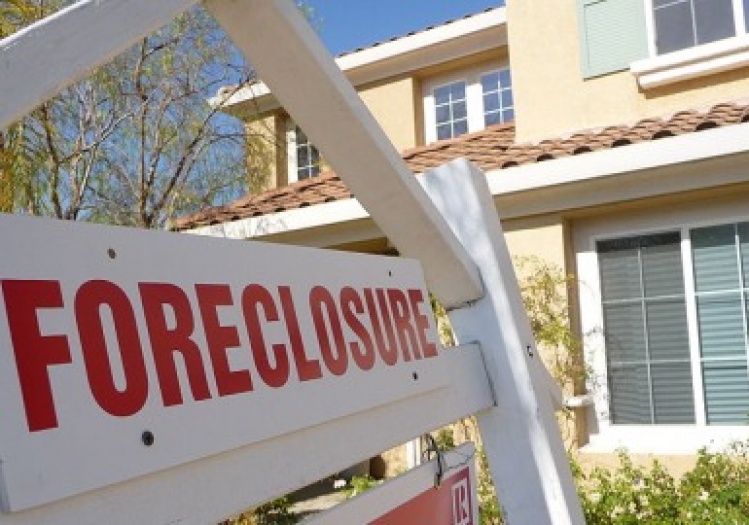 In the wake of extraordinarily sloppy record-keeping during the mortgage spree that created our national housing bubble, many of the banks that have subsequently foreclosed on millions of homes have done so without producing the requisite documents. Instead of slowing things down to get their paperwork in order, these banks frequently foreclosed despite lacking proof that they were entitled to do so—in some cases knowingly submitting false affidavits to state courts. As a result, up to hundreds of thousands of properties have been sold by banks improperly. Laws in the majority of states allow lenders to foreclose without significant judicial involvement, putting the burden on homeowners to sue the bank and prove that a lender is not entitled to foreclose. Lacking the resources to hire a lawyer, the great majority of homeowners facing foreclosure were in no position to expose the banks’ fraud.

Fifty years ago, in Gideon v. Wainwright, the Supreme Court ruled that the Constitution required criminal defendants to be given access to legal counsel. If a defendant could not afford a lawyer, the Court held, states must provide him with one. Explaining why, the Court quoted the opinion in Powell v. Alabama (1932):

Even the intelligent and educated layman has small and sometimes no skill in the science of law. If charged with crime, he is incapable, generally, of determining for himself whether the indictment is good or bad. He is unfamiliar with the rules of evidence.... He lacks both the skill and knowledge adequately to prepare his defense, even though he have a perfect one. He requires the guiding hand of counsel at every step in the proceedings against him. Without it, though he be not guilty, he faces the danger of conviction because he does not know how to establish his innocence.

Virtually everything the Court said in both Powell and Gideon about the challenges facing a criminal defendant representing himself also holds true for those seeking to vindicate their noncriminal legal rights. Legal counsel is as crucial for success in civil matters as it is in criminal ones; anyone who can afford to hire a lawyer in an important civil case does so. A study published this past February in the Harvard Law Review, for example, found that tenants facing eviction in housing court were only half as likely to be evicted if they were represented by counsel. But few tenants facing eviction can afford to hire a lawyer, and so landlords easily win most eviction proceedings, even when the legal merits actually favor the tenant’s right to remain in the dwelling.

In the foreclosure context, banks have insisted that their sloppy record-keeping and fraudulent affidavits are mere “formalities” irrelevant to the homeowner’s right to be in the home. No doubt some people think that if a homeowner defaults on her mortgage, her loss of a home is a simple consequence of contract—that unless a homeowner can show that she did not in fact default on the debt, she deserves foreclosure, even if the procedural niceties are not observed. But such procedures are designed to ensure that the entity foreclosing on a property is actually entitled to do so. Indeed, as a consequence of banks’ sloppiness, some homeowners whose payments were timely and complete nonetheless were forced out of their homes.

When considering the role played by access to civil representation—or the lack of it—we should also remember that foreclosure is not the only possible consequence of a homeowner’s defaulting on a loan. Faced with the cost of properly litigating a foreclosure, some banks might well have opted instead to negotiate with homeowners to modify the underlying loans. Finally, it’s worth pointing out that respect for the consistent application of procedural rules—even those derided as mere formalities—constitutes an important dimension of the rule of law. When foreclosed homeowners lack access to civil counsel, however, banks are in a position to disregard formalities that burden them while insisting that the homeowners comply with every rule that favors the banks.

Perhaps partly as a result of watching so many TV crime procedurals, Americans understand and accept that criminal defendants enjoy a constitutional right to counsel—after all, they face imprisonment at the hands of the state. Yet the stakes in civil litigation are often nearly as high: the loss of a home; deportation; the loss of an income or custody of a child. In order to navigate our legal system and defend these crucial personal interests effectively, all but the most exceptional individuals will need a lawyer. And that takes resources. It is difficult to generalize about the expense of a “typical” civil lawsuit, but some estimates put the cost of litigating a not-overly-complex civil action in the tens of thousands of dollars. For many families this figure will be impossible to meet. They can either represent themselves in a process stacked against them or quietly acquiesce in a violation of their rights.

It is true that certain kinds of cases provide the means of defraying the high cost of civil counsel. For accident victims, the contingent fee arrangement—frequently criticized for encouraging ambulance-chasing—gives many plaintiffs access to representation. Where federal civil rights are involved, federal statutes permit courts to order losing defendants to pay the plaintiffs’ attorney fees. These mechanisms, however, still leave an enormous amount of legal need. According to one frequently cited study by the Center for Law and Social Policy, 80 percent of the noncriminal legal-service needs of poor Americans go unmet.

THERE ARE OTHER consequences. Lack of access to lawyers makes the poor—and even many in the middle class—tempting targets for abuse by crooks who can easily evaluate what costs the victim will have to incur to enforce her rights. Victims unlikely to be able to bear such costs are at risk. As law professors Gideon Parchomovsky and Alex Stein astutely argued in a recent law-review article, this information will encourage opportunists to exploit victims and disregard their legal rights. If such exploitation does not constitute a criminal act, there is little to deter it. The absence of a right to civil counsel therefore encourages a kind of low-level predation on the poorest, most vulnerable citizens. The foreclosure-fraud problem is the most visible and widespread manifestation of this dynamic in recent memory, but it is hardly the only one.

In thinking about the problem of access to civil justice, it is important to recognize that some genuine benefits are associated with the high expense of going to court. Sonia Katyal and I have discussed some valuable side effects of the under-enforcement of property laws in our book, Property Outlaws. In many kinds of property disputes, high enforcement costs lead owners to tolerate relatively harmless infringements of their rights, and the results overall are probably happier than they would be if everyone sued each other at the drop of a hat. Costly enforcement encourages neighbors to talk things out and resolve their differences informally, without going to court—and any proposal to subsidize access to civil justice and reduce the cost of going to court will likely impede these efforts. It will also bring an increase in frivolous lawsuits.

But all in all, this is a price worth paying, and there are ways to target legal aid to minimize these side effects. The benefits of under-enforcement are more likely to arise in situations where, as in many conflicts between neighbors, the parties are relatively equally situated. On the other hand, where pervasive inequality in access to legal resources leads entire categories of individuals to suffer systematic disadvantages in conflicts with powerful adversaries—as in foreclosures—under-enforcement no longer looks so benign.

With this in mind, subsidized legal aid should be targeted at categories of disputes where three criteria are most likely to be met:  (1) the stakes are high; (2) conflicts are characterized by predictable resource inequalities; and (3) because of the absence of significant money damages, a contingent fee system is unlikely to develop. Mortgage foreclosures are one obvious example. Eviction proceedings are another. Cases where the government is a party—eminent domain actions against individual property owners, deportation proceedings, parental-rights cases, and disputes over eligibility for welfare—are all situations in which the superior resources of the state can work enormous harm on unrepresented individuals. These are therefore all good candidates for targeted legal aid.

Given the importance of access to civil counsel, some kind of government support is warranted to assist people in defending their rights against private, noncriminal aggressors. Unfortunately, legislators have shown little interest in voluntarily enhancing the poor’s access to civil counsel.  Since the beginning of the recession, and despite soaring demand for legal aid, Congress has cut federal spending on legal services for the poor. States have followed suit. The other major source of funding for legal assistance to the poor, the Interest on Lawyer Trust Account (or IOLTA) programs, have seen their funding drop dramatically since 2008, due to historically low interest rates.

The fairness of our civil-justice system is too important to be left to the vagaries of the economy and the political process. Since legislatures have proven themselves unequal to the task, the courts must rise to the challenge. Some have begun to take notice: a federal trial court in California, for example, recently ordered the immigration courts in three states to provide legal assistance to mentally disabled people facing deportation. To its credit, the Obama administration has embraced the ruling and plans to implement compliance on a nationwide basis. Broader judicial recognition of such rights in cases where the indigent face deportation, the loss of a home, termination of parental rights, or deprivation of crucial income would go a long way toward eliminating the most obvious injustices. A full half-century after recognizing the fundamental nature of the right to counsel in criminal proceedings, our legal system must grant civil litigants similar rights.