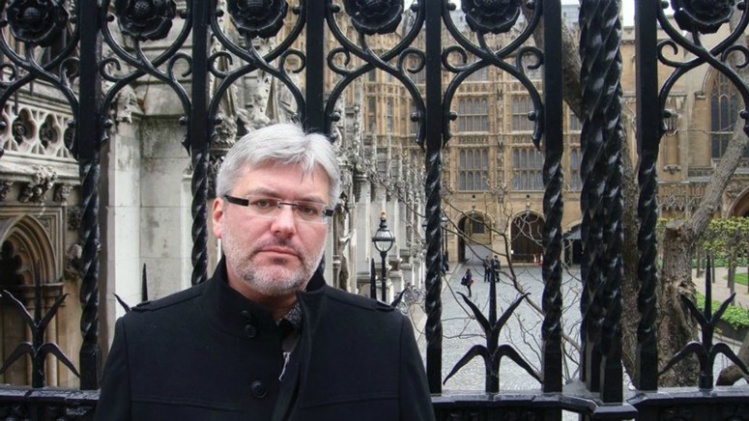 In 2013, Eugene Vodolazkin, a scholar of Old Russian Literature at Pushkin House (more formally known as the Institute for Russian Literature) in St. Petersburg, published a long work of fiction about a fifteenth-century holy man. He expected no one outside his family and professional circle to read it. Instead, Laurus went on to win two of Russia’s major book prizes and has garnered international acclaim. Many have compared it to Umberto Eco’s The Name of the Rose for its intricately crafted medieval setting. Others list it in the company of great Christian works of literature, an Orthodox equivalent of Kristin Lavransdatter, Diary of a Country Priest, or Brideshead Revisited. Rod Dreher wrote that he would take up his prayer rope after reading it, while the critic Alan Jacobs has questioned whether the book is not more Hindu than Christian.

The action opens in 1440 with the birth of the main character, Arseny, who is raised and taught the art of healing by his grandfather, Christofer. Soon after the old man dies, Arseny encounters Ustina, a young woman who has wandered from her plague-ridden village. He takes her in and before long she is with child. Partly due to his reluctance to call a midwife, she dies in childbirth. The Elder in his village notes that while Arseny should trust in the mercy of God, “mercy should be a reward for effort.” Stricken with a guilt that haunts him for most of his life, Arseny resolves to live a life of penance for Ustina and their still-born son.

He soon forgoes the role of professional healer for that of a holy fool and, in a further effort to die to himself, takes a new name, Ustin. He lives somewhat detached from his body, as if already dead, and as one “whose state of mind differs from what is generally accepted.” Soon he feels called to go on pilgrimage to Jerusalem, becoming Arseny again and traveling with Ambrogio Flecchia, a young Italian seer full of questions about the nature of time and the end of the world. Upon his return, he becomes a monk, taking yet another name, Amvrosy, before finally dying as a hermit named Laurus.

The comparison with The Name of the Rose is apt, for, like Eco, Vodolazkin seeks to immerse the reader in the thought-world of the Middle Ages. While Eco celebrated the semiotic complexities of the medieval imagination, however, his heroes were nominalist scholars—the vanguard of a skeptical, empiricist modernity. Though set in the Middle Ages, The Name of the Rose is really a modern mystery and an argument about critical theories, readers, and texts.

VODOLAZKIN, BY CONTRAST, has written a novel whose deep structure is more medieval. The lines between the natural and supernatural become blurred, as do those between life and death. The result is less a work of magical realism than of hagiography. Holy fools walk on water and monks communicate over long distances through prayer. Historical events have moral or symbolic reasons for occurring. As Vodolazkin’s narrator observes, “It’s like [medieval historians] didn’t notice the direct connection between events. Or didn’t attach much significance to it.... They were looking above the everyday and seeing higher connections. Besides, time connected all events, even though people didn’t consider that connection reliable.”

Laurus is, among other things, an extended meditation on time in light of God’s eternal presence in the created world. A character will prophesy or see a future event unfold during the twentieth century—or perhaps stumble on a plastic bottle that will be left there, centuries later. At the beginning and end of his life, Arseny sees himself in the fire in his hut, his young and old selves staring at each other. Occasionally Vodolazkin changes tenses without notice, but the dissolution of time becomes most apparent in the shifts of register he employs. Modern concepts and slang are mixed in with biblical quotations, chunks of medieval text, and Old Church Slavonic, which the translator, Lisa C. Hayden, has chosen to render in older English orthography: “lyve” for “live” and “helpe” for “help.” This captures the ancient or medieval flavor of the language, but not its sacral quality. Old Church Slavonic remains the language of the Russian liturgy, the equivalent of the English of the Book of Common Prayer. “Lyve” and “helpe” are more redolent of a Renaissance Faire than evensong, and English speakers might miss the way in which Vodolazkin’s use of Old Church Slavonic underscores how the timeless divine permeated the world of medieval men and women.

Toward the end of the book, Arseny (now Laurus) begins to ponder how his life could be a unified whole. He has had four names and lived in different places. What unites his life? Desire for God, replies an Elder: “You have dissolved yourself in God. You have disrupted the unity of your life, renouncing your name and your very identity. But in the mosaic of your life there is also something that joins all those separate parts: it is an aspiration for Him. They will gather together again in Him.” This answer might strike the reader as implausible, since Arseny’s desire to save Ustina and help others is much more apparent than his explicit love of Jesus. Vodolazkin does not describe the hours his protagonist spends in prayer, and Christ rarely appears in Laurus’s thoughts as these are related to the reader. This is why Jacobs concludes that Arseny is really more of a Hindu mystic—defraying his spiritual debts and detaching from his body as he passes through the four ashrama—than a Christian saint.

But such an assessment overlooks the extent to which Arseny becomes more and more Christ-like, not only as a miraculous healer but also a man who lives for those he loves, taking upon himself their sins and struggles. In the end, we see that Christofer’s prophecy has come true: Arseny resembles the caladrius bird that bears the diseases of people, like the crucified Christ bearing the sins of the world. Arseny’s final acts serve as a recapitulation and redemption of his original sin. It is this medieval vision of life—saturated with wonder, mystery, earthy sin, and wild sanctity—that has so attracted many modern readers. One may have reservations about it, but it is undeniably a Christian vision.

Nathaniel Peters holds a Ph.D. in theology from Boston College and is the executive director of the Morningside Institute.