Last Word: The Resurrection Will Be a Remix 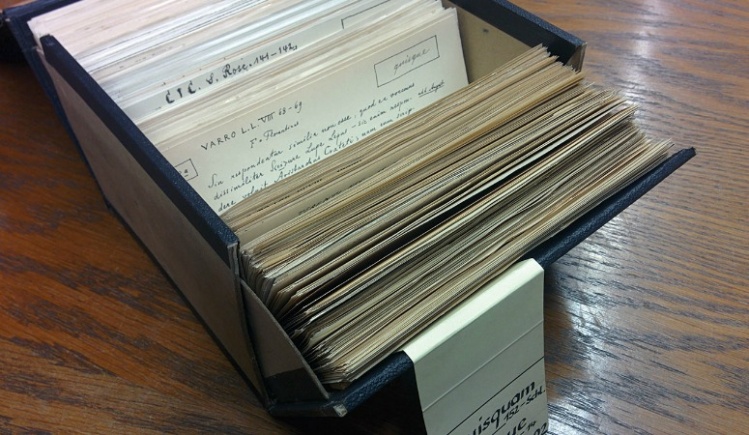 The Latin verb remisceo—to remix—appears fewer than twenty times in the first millennium of Latin texts. Making its debut in the final lines of Horace’s Odes, the word is also inscribed on two bottles and written in sixth-century guidelines for serving wine in a monastery. As Latin words go, it’s a real rara avis.

The infrequency of a word like remisceo makes my work much easier at the Thesaurus Linguae Latinae, an international research effort that aims to compile a comprehensive dictionary of all Latin words up to the sixth century. (We’re up to the letter R.) Housed in what was once the royal palace of Bavaria, the project began in the nineteenth century, and it accounts for all types of surviving Latin, including fragments of the language’s earliest poets, the weathered inscriptions of Pompeii, and the scores of sermons of Church Fathers like Augustine and Ambrose. Every appearance of every word—both rare ones, like remisceo, and the most common ones, like non—is accounted for on the millions of slips of paper stored in our library. Our daily work involves studying, notating, and organizing seemingly unending shelves of these old notecards.

I started my work at the dictionary with remisceo, surveying the word’s complete history through just a handful of slips. Though few in number, its attestations suggest a complex, lost history that we may never know completely, but we get hints of the word’s many shades of meaning in the Latin that survives today. Its first use in Horace, for example, is remarkably prescient: the Augustan poet explains how Lydian flutes and his Roman verse could be “remixed” into new forms, a meaning of remisceo that anticipates one of the most common contemporary uses of the word’s English descendant, the “remixing” of pop music. But after this first instance, the meaning of remisceo veers in an entirely different direction. In Seneca’s Natural Questions, it points to the “remixing” of cold air with the warming atmosphere as winter changes into spring. In another work, Seneca explains how poison loses some of its potency when “remixed” with bread. And a small bottle, perhaps a container for perfume or oil, brings to mind Alice in Wonderland when it demands “remisce me” (“remix me”).

As is the case with many words from the classical period, remisceo takes on additional dimensions in later Christian works. Writing about four centuries after Horace, the bishop-cum-poet Paulinus of Nola explains how the souls of the dead return to their bodies at the Second Coming. This event is no mere matching two jigsaw-puzzle pieces that once fit side by side, for the soul is “called back into the very same body,” the resurrected person whole again after the body has been “remixed” (corpore remixto). Against the backdrop of Horace’s musical innovations, Seneca’s evolving seasons, and an ancient perfume bottle’s enduring request, Paulinus’s vision of the “remixed body” admits of a few possible interpretations. Is resurrection a change from winter to some miraculous spring? I like to think Paulinus was taking his cue from Horace, imagining resurrection as a kind of reharmonization of body and soul.

With so few attestations in surviving Latin texts, Paulinus’s remisceo will remain somewhat undefined, even in our most comprehensive dictionaries. This ambiguity is not a sign of lexicographical failure or of language’s unconquerable subjectivity. Instead, it prompts cautiousness and even wonderment toward the texts in front of us. Even when produced with the most meticulous scholarship, our dictionaries ought to remind us that words exceed our best efforts at definition and classification, and that careful reading often ends not in perfect certainty but humility.

Minds Stocked Only with Opinions 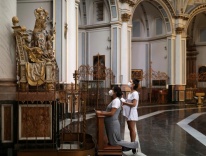 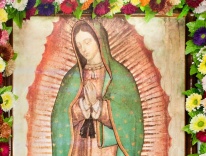