Last Word: A Faith for Failures 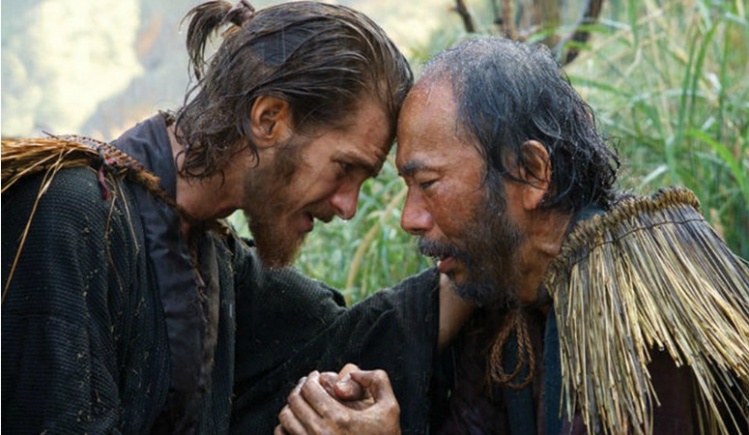 I first learned of Shusaku Endo in the pages of Commonweal about twenty years ago. The article was about Endo’s historical novel Silence, which Martin Scorsese has now adapted into a feature film.

Silence tells the story of a Jesuit priest, Fr. Rodrigues, who sets out for Japan during a furious persecution of the Christian community there. His mission is to minister to the surviving Christians and to find out what has happened to the Jesuit provincial, who has dropped out of sight. A few months after arriving, Rodrigues is taken prisoner. From his squalid cell, he can see Japanese Christians suspended by rope over a dung pile and slowly bleeding to death. They have already apostatized. If Rodrigues will apostatize too, they will be released and treated. If not, they will die a slow and terrible death.

Faced with this dilemma, the Jesuit receives a visit from Fr. Ferreira, the missing provincial. Ferreira, it turns out, has chosen apostasy, and tries to persuade Rodrigues to do the same. The act of apostasy consists in trampling on an image of Christ. In response to the stubborn resistance of his former student, Ferreira accuses Rodrigues of weakness. He says Rodrigues’s fear of betraying Christ and the church is really a fear of betraying his own self-image. Ferreira claims that Christ himself would have apostatized to save these Christians from their torment and pleads with Rodriguez to “perform the most painful act of love that has ever been performed.” Rodrigues finally gives in, and, as he raises his foot, the image of Christ he’s about to step on speaks to him: “Trample! Trample! I more than anyone know of the pain in your foot. Trample! It was to be trampled upon by men that I was born into the world. It was to share men’s pain that I carried my cross!” The book has a depressing ending. Ferreira and Rodriguez, known derisively as Peter and Paul, spend the rest of their lives under house arrest. They are provided with Japanese wives and live in relative comfort, without too much to do. Fr. Rodrigues is commissioned to write a disavowal of his faith and does so. Father Ferriera has already written his. They cannot stand one another because each reminds the other of himself.

When I finally got around to reading Silence, I came down with a severe and demoralizing case of pneumonia that had me hospitalized for two weeks. Endo’s book, based on a true story, did not exactly boost my morale. But I think it touches on a very profound truth about God: his voluntary powerlessness.

Christ, the Suffering Servant, descended into hell to raise the dead and to found a new order of things, where the last shall be first and the first last. In a review for this magazine of a book on St. Augustine (“Choosing the Better Part,” June 17), James Wetsel attributes the saint’s conversion to his discovery of the humility of God. It was this that also inspired Charles de Foucauld and Léon Bloy, who wrote, “God seems to have condemned himself until the end of time not to exercise any immediate right of a master over a servant or a king over a subject. We can do what we want. He will defend himself only by his patience and beauty.” The All-Powerful has become the very least, offering himself to be mocked and abused. We have, it is true, the promise of the eternal kingdom, but this is another order of reality, one we can hope for but not imagine. What we experience on this side of death is the scandalizing powerlessness of God.

There is another character who comes and goes throughout Silence, the apostate Kichijiro, who is a sort of Judas figure. It is he who first puts Fr. Rodrigues in contact with a community of Japanese Christians, and it is he who eventually betrays him. Yet Kichijiro is forever seeking forgiveness and absolution. He knows himself to be weak. If he had died ten years earlier, before the persecution of the Christians, he would have gone to Paradise a good and respected Christian. But now all is lost: the police use him and despise him. He despises himself. Yet hadn’t Judas been a friend of Jesus, and surely Jesus prayed for him and loved him. At the moment of Judas’s betrayal, Jesus spoke these sad and mysterious words: “Friend, do what you are here for!” For his part, Fr. Rodrigues gives Kichijiro absolution but cannot forgive him.

Reading Silence shook me up and left me with uncomfortable questions. How deep is my faith? Am I any better than Kichijiro—fine as long as it’s easy to keep up appearances but not when I’m put to the test? Endo was once asked why he was so intrigued by apostates and other moral failures. His answer was that we can feel closer to them than to the heroic martyrs who held up under torture. I think that there is a great deal of truth in that. The church itself is built on the testimony of a betrayer and a coward, the great friend of Jesus who denied him three times. John the Baptist himself had doubts, sending his disciples to ask Jesus if he was really the messiah. Like Christ himself, many of the saints were tempted to abandon their mission, and some of them yielded to the temptation, but they did not yield to despair. Having fallen, they rose again.

Why I Stay Catholic