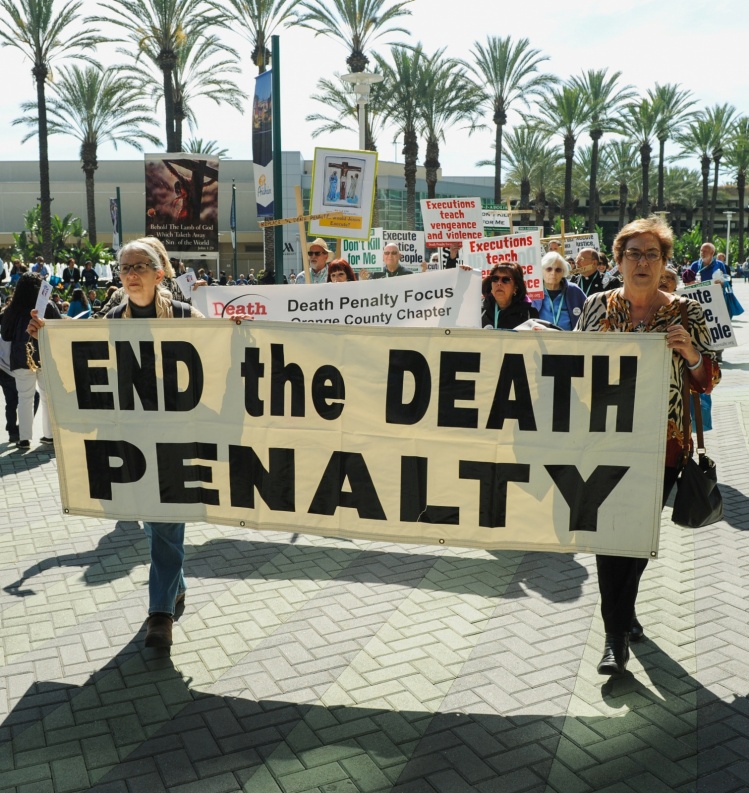 Demonstrators march to protest the death penalty during a rally organized by Catholics Against the Death Penalty-Southern California in Anaheim, Feb. 25, 2017 (CNS photo/Andrew Cullen, Reuters).

In July, the Trump administration ordered the execution of Daniel Lewis Lee. It was the first time a federal prisoner had been put to death since 2003. As of this writing, there have been nine more executions of federal prisoners in the last months of 2020, some of them within twenty-four hours of each other. Three more people are scheduled to die in the first weeks of January. If all goes as scheduled, President Trump will have presided over more executions than any president in more than a century.

In December 2019, then-Attorney General William Barr’s announcement that federal executions would resume surprised no one. Barr has been a vocal advocate of capital punishment; in his view, it is not only a deterrent but a requirement of justice for “horrific crimes.” In his announcement of the resumption of executions, Barr said, “the justice department upholds the rule of law—and we owe it to the victims and their families to carry forward the sentence imposed by our justice system.”

For decades, federal executions had been rare. Before last summer, only three federal prisoners had been executed since the federal death penalty was reinstated in 1988. Most executions in the United States are carried out by state governments, but 2020 was the first year in which the federal government executed more prisoners than all the states combined. It is also rare for a president to proceed with executions during a lame-duck period; the last president to do so was Grover Cleveland.

Trump thinks that imposing “law and order” makes him look strong, and he is willing to swim hard against the current of public opinion to keep up his tough reputation.
sharetweet

Why now, why so many, and why so fast? This radical break with custom fits a pattern of “midnight regulations” that the Trump administration is ramming through at the last minute, in what looks like an attempt to thwart the incoming Biden administration. Biden has vowed to end the federal death penalty, and, unlike many other executive orders, executions aren’t reversible.

But the zeal with which the Trump administration is pursuing these executions points to something more than just a desire to hamstring Biden. It is an intentionally conspicuous display of raw power. One of those “midnight regulations” is the reintroduction of more gruesome methods of execution—firing squads, poison gas, and electrocution. Support for the death penalty had been declining for decades; even Republicans had lost some of their enthusiasm for it. But under the Trump administration, support for the death penalty has started rising again. The states that carried out executions last year—Alabama, Georgia, Missouri, Tennessee, and Texas—are all red states, while many others have abolished the death penalty. In any case, Trump thinks that imposing “law and order” makes him look strong, and he is willing to swim hard against the current of public opinion to keep up his tough reputation.

Two leading bishops at the U.S. Conference of Catholic Bishops, Archbishop Paul Coakley of Oklahoma City and Archbishop Joseph Naumann of Kansas City, Kansas, have called on Trump to stop the executions “in recognition of God’s unmerited gift of self-giving love.” And in his most recent encyclical, Fratelli tutti, Pope Francis reaffirms that “the death penalty is inadequate from a moral standpoint and no longer necessary from that of penal justice.”

Unfortunately, President Trump has shown little interest in real justice, still less in morality. Fortunately, the next president seems to agree with the pope. 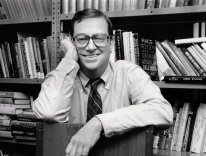