Is California on its way toward sectoral bargaining?
By Matt Mazewski
Economy
Politics
Labor 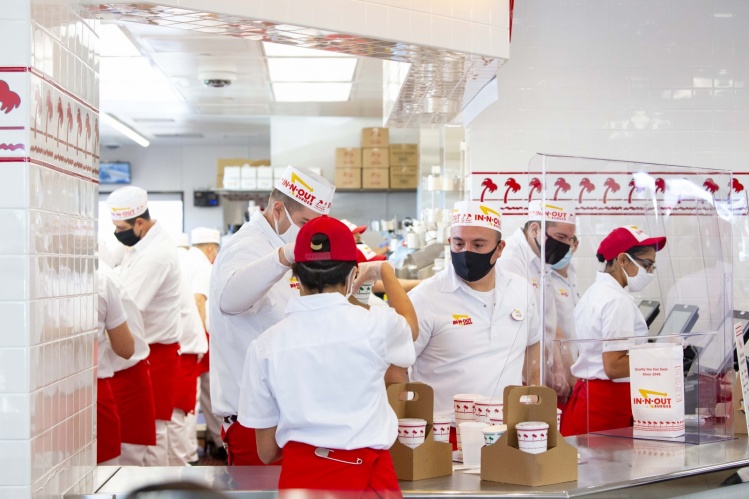 After decades of decline, the labor movement in America is once again on the move. Over the past couple of years, major employers that have never had to contend with an organized workforce have suddenly been confronted with waves of collective action unlike any this country has seen in a long time. One of the most dramatic explosions of labor activism has taken place at Starbucks, where more than two hundred stores across the nation have unionized in the span of about nine months.

Of course, there are around nine thousand company-operated Starbucks locations in the United States, so even at the current pace of organizing it would be many years before a majority of Starbucks workers belonged to a union. The fact that these unionization drives have had to proceed store by store is a consequence of U.S. labor law, which generally requires bargaining between unions and management to take place at the level of individual workplaces rather than that of entire companies or industries. Other countries, such as Sweden, provide for some amount of “sectoral bargaining,” whereby negotiations can occur between representatives of all workers and firms in a given industry.

In California, a new bill signed into law by Gov. Gavin Newsom on Labor Day may represent a first step toward such a model here in the United States. The Fast Food Accountability and Standards Recovery Act, sponsored by Assemblymember Chris Holden (D-Pasadena), will create for the first time a “Fast Food Council” tasked with setting “sector-wide minimum wages, working hours, and other working conditions” for the fast-food industry. The council will be composed of ten members appointed by the governor and leaders in the state assembly and senate. Each of four groups—fast-food franchisors, franchisees, workers, and worker advocates—will be represented by two members; the remaining two members will be from offices within the state government.

The council will have jurisdiction over any fast-food restaurants belonging to a chain with at least a hundred locations nationwide. Restaurants with existing collective-bargaining agreements would be exempt from whatever rules the council issues as long as those agreements provide “equivalent or greater protection.” The law also allows for the creation of local fast-food councils in larger cities and counties, which would be able to set their own even higher standards.

Technically speaking, this would not constitute true sectoral bargaining, since the members of the council will be appointed by the state, not by unions and employers. This setup is more akin to a “wage board,” a little-known statutory mechanism on the books in a handful of states whereby representatives of labor, management, and government can be called together to set wages for a particular industry. In response to demands from the “Fight for $15” movement, which originated a decade ago with fast-food walkouts across the country, New York Gov. Andrew Cuomo invoked a state law from the 1930s to convene a wage board in 2015 that issued a fifteen-dollar statewide minimum for fast-food workers.

Over the past couple of years, major employers have been confronted with waves of collective action unlike any this country has seen in a long time.
sharetweet

This history aside, why would lawmakers in California choose to focus on this industry in particular? One major motivation was the pandemic, which has disproportionately affected customer-facing service occupations. The introduction to the new law observes how “requiring workers to work without access to personal protective equipment, denying workers sick pay, failing to inform workers of exposure to COVID-19, actively hiding COVID-19 cases, and demanding that workers come to work when they are sick” have been widespread problems at fast-food franchises.

One study by researchers at the University of California, San Francisco, examined mortality by profession in California during part of 2020, and found that cooks were the second-most severely affected. Despite the fact that at least four hundred Americans continue to die from COVID every day—while many others develop long-term health problems as a result of infection—the policy response at all levels of government has become ever-more anemic. The Fast Food Council could be a promising vehicle for measures that would protect at least one subset of workers—with, for example, more stringent standards for ventilation and air filtration.

Another reason for focusing on the fast-food industry is that it relies on a franchising model that makes it more difficult to hold major corporations responsible when workers are underpaid or mistreated. A 2015 decision by the National Labor Relations Board that broadened the circumstances under which fast-food franchisors could be designated as “joint employers”—and therefore obligated to bargain with unions—was overturned under the Trump administration. (The current NLRB recently announced it will be revisiting the issue.)

This helps explain why, as the California law states in its initial summary of findings, “the fast food sector has been rife with abuse, low pay, few benefits, and minimal job security…[and] high rates of employment violations, including wage theft, sexual harassment and discrimination.” Former Assemblymember Lorena González (D-San Diego), who originally introduced the assembly bill in early 2021, explained in an interview that “[w]e’re looking to give workers a voice on the job…and traditional organizing hasn’t worked.”

In response to objections from business, some provisions of the initial version of the bill were scaled back after González left the assembly earlier this year and Holden—a former Subway franchise owner—took over as the lead sponsor. The extent to which the law could hold franchisors responsible for labor-law violations was greatly limited, and the council was barred from instituting a minimum wage of more than twenty-two dollars per hour.

Yet even the pared-down legislation has attracted fierce opposition from both franchisors and franchisees. An effort to challenge the law through a ballot measure in 2024 has already begun gathering signatures. Critics claim that the new law will lead to the collapse of fast-food franchising and an exodus of chains from the state. But restaurants are not the sort of business for which location is unimportant, so predictions that major players like McDonald’s or Burger King will decide to flee California entirely should be taken with as many grains of salt as you’d find in an order of their fries.

A Bloomberg editorial on the measure complained that a “statewide minimum wage for a subset of workers would arbitrarily fragment California’s labor market,” and warned of the perilous consequences of “[c]reating unaccountable bureaucracies to set wages industry by industry.” If setting a statewide minimum wage for just one industry would be “arbitrary,” then a natural solution would be to set minimums for all of them. But what the editorial’s authors really seem to fear is that the new law is indeed a first step toward a more comprehensive system of something like sectoral bargaining in California, and perhaps elsewhere as well. If the state can create a Fast Food Council, what’s to stop it from creating a Big Box Council or a Home Health Council? Maybe nothing. Whether that’s cause for alarm or hope depends on your perspective.