As I noted in a post a month ago, Father John Jenkins, C.S.C., President of the University of Notre Dame, was the keynote speaker at the conference “The Idea of a Catholic College,” hosted by King’s College in September. Father Jenkins’ paper, “The Challenge and Promise of Catholic Higher Education for Our Time,” is forthcoming in the Journal of Catholic Higher Education, along with a number of other papers presented at the conference. In the meantime, a video of his talk is now available through the King’s YouTube channel. (Go to 7:50 to bypass the introductions. The q & a begins at minute 54 or so.)

As Father Jenkins notes, his paper was “written for an academic audience”; it is not the fare of, for example, a commencement address. The paper breaks into three parts. Its argument, which I’ve summarized below, is remarkably ambitious. Come part 3, it’s clear the paper is playing for high stakes.

Part 1, where Jenkins reflects on his own education in the thought of Thomas Aquinas under Ralph McInerny, really is an argument against nostalgia for the neo-scholastic, neo-Thomistic framework that once distinguished and gave coherence to Catholic colleges and universities. Contrasting Aquinas’s dialogical, open-ended thought with the closed system of the neo-scholastics, Jenkins rejects “imposing a particular comprehensive doctrine” as a means of achieving coherence and distinctiveness (minute 21 or so). Such an imposition would be inimical to what higher education is about, and what’s more could be expected only to fail: to collapse, as neo-scholasticism began to do before the Second Vatican Council, “under its own weight” (minute 23).

Part 2, which begins around minute 25, turns from Catholic higher education to consider “the wider landscape.” Jenkins claims that the intellectual culture in which we live is characterized by incoherence and fragmentation. To make this case, he engages the later work of John Rawls, in particular his Political Liberalism (first published 1993, revised 1996; see, by the way, my interview with Rawls published in Commonweal September 25, 1998). In this work, Rawls seeks to articulate the content and limits of so-called public reason, the form of discourse appropriate to liberal constitutional democracies home, like ours, to irreducible pluralism. According to Jenkins, Rawls’s project in Political Liberalism fails “because it cannot find a neutral ground between competing and widely shared doctrines of justice and the good human life” (minute 35). Too much is ruled out of public discourse, such that, in the end, we lack the basis for principled decisions on the most controversial questions of the day: among others, abortion and war.

From here Jenkins pivots to reflect on the situation of secular institutions of higher education: think not only the big state schools, but the Ivies, Notre Dame’s neighbor the University of Chicago, and elite liberal arts colleges like Amherst, Wellesley, and Williams. His claim, to put it a bit more strongly than he does, is that the imperative of neutrality (not his language) imperils higher education just as it does our politics. Because they must remain neutral among comprehensive doctrines, secular institutions struggle to articulate the higher purposes of education and inquiry (minute 36). But the “danger” -- which is Jenkins’ language -- is that if they do not articulate this purpose, other interests will. And in fact other interests have, reflected in the fact that education is now commonly valued, and assessed, as a commodity, which it sometimes seems is the “only value around which we can find consensus.” Down this way, however, lies the retooling of colleges and universities into “high-level technical schools."

Part 3 begins at 38:30 and takes up the two questions laid down by parts 1 and 2: 1) If some model like a revived neo-scholasticism isn’t the way for Catholic colleges and universities to go, then what is? That is, how else can Catholic higher education be coherent and distinctive? 2) What do Catholic colleges and universities have to say about the “higher purposes” of learning and inquiry? In other words, what answer can Catholic higher education give to the “danger” presented by the accelerating commodification of education?

Jenkins’ answer to both these questions is the same: what can orient and shape Catholic colleges and universities, and what can inform these institutions’ self-understanding and presentation of themselves, is the long tradition of Catholic thought. As he acknowledges, Jenkins is drawing here from Alasdair MacIntyre, who defines a living tradition as “an historically extended, socially embodied argument, and an argument precisely in part about the goods which constitute that tradition.” As MacIntyre also writes (again in After Virtue), “Traditions, when vital, embody continuities of conflict.” Jenkins’ proposal is that the Catholic tradition, rooted in the doctrines of creation and redemption (minute 39), provides both “a rich set of values not readily accessible at our secular peers” and a set of commitments that “open up the possibility of interesting debate” and distinctive research programs and curricula (minute 42). Though coming toward its end, this is the heart of the paper.

The paper closes by circling back to its beginning. While it is “not possible for an institution to identify itself as a Catholic institution and not have the fundamental commitments of Catholic teaching shape its central activities” of teaching and scholarship, neo-scholasticism was mistaken to suppose that Catholic commitments could be maintained by the imposition of “a more or less fully developed philosophical system” (minutes 43-44). The example of Aquinas is different. Here we see faith seeking understanding, living by critically engaging itself through dialogue with others.

I won’t summarize the q & a: the first question comes from Dennis O’Brien (formerly president of Bucknell and the University of Rochester and well-known to readers of Commonweal), with others following from Jim Keating (Providence), Mark Roche (Notre Dame), Regan Reitsma (King’s), Dominic Balestra (Fordham), Barbara Wall (Villanova), Ellen Boylan (Marywood), and Tom Shannon (Worcester Polytechnic). To give, however, some indication of the discussion: Do the questions that animate the tradition animate young people today? Do we need to think in terms of Catholic traditions, rather than the Catholic tradition? Does it, accordingly, have the coherence that Jenkins, and MacIntyre, suppose? Is there a need to constitute a modern Catholic tradition, lest it be seen as falling off after...Aquinas? And how are Catholic institutions to speak to the wider culture, given its resistance to arguments framed in terms of thick comprehensive doctrines?

As an aside, Jenkins does not speak at all about the greatly increasing pressures of accrediting agencies on colleges and universities, but one could imagine extending some of his reflections, minutes 36 and following, in that direction. Also, for a provocative example of what the imperative of neutrality means for higher education, see John Mearsheimer’s 1997 address “The Aims of Education,” presented to the incoming class of 2001 at the University of Chicago. Greg Bassham’s “Mearsheimer’s Mistakes: Why Colleges Should (and Inevitably Do) Provide Moral Guidance” is an insightful critical reply.

Bernard G. Prusak is associate professor of philosophy and director of the McGowan Center for Ethics and Social Responsibility at King's College in Wilkes-Barre, Pennsylvania. He is the author of Catholic Moral Philosophy in Practice and Theory: An Introduction (Paulist Press, 2016). 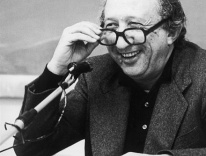