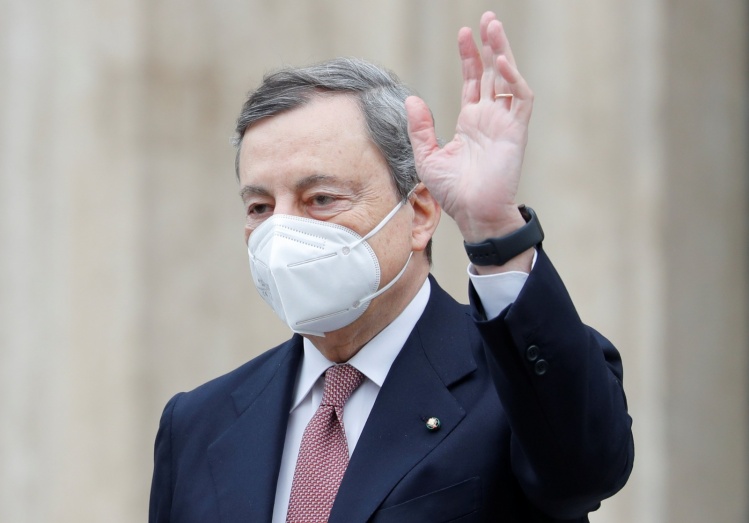 On September 25 Italians will go to the polls to elect a new parliament. That’s about six months earlier than planned, a result of the resignation of Prime Minister Mario Draghi on July 21 and the dissolution of the coalition that had supported his government since February 2021. The collapse of governing coalitions in Italy is hardly unprecedented, of course, but this time the consequences could be particularly momentous: right-wing populists stand a real chance of seizing control, which would affect not only relations with Europe and the United States, but also the position of the West in general toward the war in Ukraine.

Draghi, who served as president of the European Central Bank from 2011 to 2019, was brought in early last year with the blessing of the establishment, which saw him as a capable technocrat who could moderate the populist demands of the Five Star Movement while fending off right-wing pressures from Matteo Salvini’s League and Giorgia Meloni’s Brothers of Italy. His government’s raison d’être was trying to make the best use of the extraordinary funds coming from the European Union for pandemic recovery. A suspension of politics-as-usual was the only thing that made the government work, but an internal split within the Five Star Movement quickly brought about its demise—proof once again of the instability of a vast coalition ranging from hard right to center-left.

It’s also possible to trace the fall of Draghi to the failure to elect him president of the republic in January 2022. This would have given Europe and the international financial system the assurance that Italy was in the hands of a highly respected civil servant with a unique record. At the same time, electing the sitting prime minister as president would have been constitutionally complicated, and would have turned Italy from a parliamentary system into a semi-presidential system, such as that in France. Italy continues to prize the proliferation of political parties and in fact prefers that coalitions are unable to govern decisively. This was a conscious decision made during the constitutional convention between 1946 and 1948, when, with the memory of fascism fresh in mind, Italians feared the ideological power that the victor in a winner-take-all system could wield. But seventy-five years later, this “silent” anti-Fascist (and anti-Communist) clause might very well lead to the rise of parties that do not possess the DNA of Italian post-war democracy—and on top of that may not even offer the pro-Western assurances that Silvio Berlusconi has since 1994.

In the 2018 elections, almost one in three Italians voted for the Five Star Movement. Five Star provided key relief to millions of Italians thanks to its push for a universal basic income, but the party was otherwise incapable of elaborating on a platform and incompetent in governing. Most of those votes could go now to the hard right, especially to Meloni’s Brothers of Italy—which has been upfront in embracing a nostalgia for illiberalism, if not fascism. She and Salvini’s isolationist League compete in exploiting the immigration issue, but both also decry Draghi’s technocratic agenda in a country where the number of Italians living in or close to poverty has risen (recent data say 6 million), especially in the South. Though Berlusconi’s neo-liberal Forza Italia no longer dominates the right wing, it still has the richest purse and the greatest propaganda support, thanks to the tycoon’s media empire.

On the other side of the spectrum, there is no socially progressive equivalent to the populists. The Democratic Party has become a moderate, conservative pro-establishment faction, supportive of technocratic policies and lacking credibility on social and economic justice. Its progressivism is limited to life issues (abortion and euthanasia) and the LGBT platform, where the party espouses a soft secularism. Catholics among the national elites are now known mostly for their will to stay in power, having squandered the best of the Italian lay Catholic political legacy. Indeed, Italy is split not so much by right and left as by populist and pro-establishment, and it’s the populists who look far stronger today.

The campaign ahead of September’s elections will be short but also nasty, coming in the middle of the worst drought in seventy years and ahead of a looming economic and energy crisis in the fall and winter caused by the war in Ukraine. There’s also uncertainty about the arrival of the EU recovery funds upon which the future of Italy largely depends. From the international perspective, a right-wing victory would also mean a victory for forces that have a fundamentally different position on Russia’s war than Draghi’s pro-Western stance. These range from the ideological ambiguities of Five Star to Salvini and Meloni’s open sympathy toward Europe’s main pro-Putin figures, like Hungarian Prime Minister Viktor Orbán and France’s Marine Le Pen. A right-wing victory might also create momentum for pulling Italy out of the European Union, which for the EU would be a far worse crisis than Brexit.

It would also present problems for the Vatican and the Catholic Church in Italy. Pope Francis’s circumspect statements on Ukraine effectively distanced the Vatican from Draghi and the pro-Western establishment. But Draghi, Catholic and Jesuit-educated, is not hostile to the Church, as the populists are—which leaves the Vatican in a delicate spot. Recent statements from Francis, Secretary of State Cardinal Pietro Parolin, and the president of the Italian bishops’ conference, Cardinal Matteo Zuppi, suggest that Church leaders feel almost compelled to support technocratic policies they don’t like for fear of right-wing parties that make cynical use of Christianity for their anti-immigration platform. There are no longer parties or political elites that the pope, the cardinals, and the bishops could appeal to. They have a direct line only with the president of the republic, Sergio Mattarella, a thoughtful Vatican II Catholic who is now eighty-one and whose second term expires in 2029. Though the hierarchy may fear “Christianist” leaders like Salvini and Meloni, there are some bishops and many Catholics who harbor sympathies for them. Further, the political crisis comes at a moment when collaboration between the papacy and the Italian episcopate is at its lowest in the history of unified Italy. Last May, Francis’s appointment of Zuppi as leader of the bishops’ conference—after the pope “oriented” the vote of the episcopate on a short list of names—damaged the relationship between Francis and the bishops, many of whom believed they were free to elect a new president but in fact felt pressured to vote for the candidate he wanted. None of this has helped the political credibility of the Church in its attempt to promote Catholic “popularism” as an antidote to populism. Francis’s “theology of the people” might still work out fine in the synodal process for the Church. But Italy’s populists could wipe away all that Francis is about, thanks in large part to the vote of Italian Catholics.