Iran & the Case for Realism 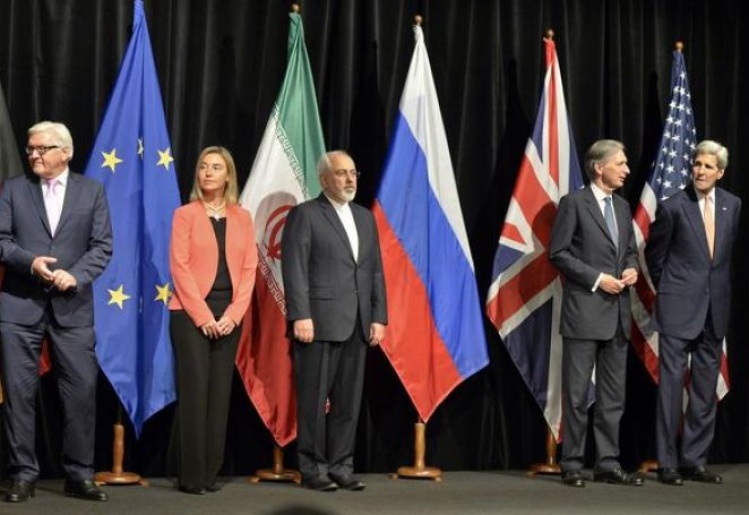 Foreign policy debates rarely get away from being reflections of domestic political conflicts, but they are also usually based on unstated assumptions and unacknowledged theories.

That’s true of the struggle over the Iran nuclear agreement, even if raw politics is playing an exceptionally large role. There are many indications that Republican Sens. Jeff Flake and Susan Collins might in other circumstances be willing to back the accord. But they have to calculate the very high costs of breaking with their colleagues on an issue that has become a test of party loyalty.

There is also the unfortunate way in which Israeli Prime Minister Benjamin Netanyahu has chosen to frame Congress’s vote as a pro- or anti-Israel proposition. Many staunch supporters of Israel may have specific criticisms of the inspection regime, but they also believe that the restraints on Iran’s nuclear program are real. Sen. Ben Cardin, D-Md., for example, has said that American negotiators “got an awful lot, particularly on the nuclear front.” And the “nuclear front,” after all, is the main point.

But the pressures on Cardin, who is still undecided, and several other Democrats to vote no anyway are enormous. A yes vote from Cardin, the ranking Democrat on the Foreign Relations Committee, would be a true profiles-in-courage moment—and have a real influence on his wavering colleagues.

President Obama and his allies are right to say that the dangers of having the agreement blocked by Congress are much higher than the risks of trying to make it work. The notion that the United States could go back and renegotiate for something even tougher is laughable because this is not simply a U.S.-Iranian deal. It also involves allies who strongly back what’s on the table. Suggesting that the old sanctions on Iran could be restored is absurd for the same reason: Our partners would bridle if the United States disowned what it has agreed to already.

The administration’s core challenge to its critics is: “What is the alternative?” It is not a rhetorical question.

The counts at the moment suggest that Obama will win by getting at least enough votes to sustain a veto of legislation to scuttle the pact. He has a shot (Cardin’s decision could be key) of getting forty-one senators to prevent a vote on an anti-deal measure altogether.

But once this episode is past us, the president, his congressional opponents and the regiment of presidential candidates owe the country a bigger discussion on how they see the United States’ role in the world. Obama in particular could profit from finally explaining what the elusive “Obama Doctrine” is and responding, at least indirectly, to criticisms of the sort that came his way Friday from Republican hopefuls Scott Walker and Marco Rubio.

There are many (I’m among them) who see Obama primarily as a foreign policy realist. Especially after our adventures in Iraq, realism looks a whole lot better than it once did. I say this as someone who still thinks that the U.S. needs to stand up for democratic values and human rights, but also sees military overreach as a grave danger to our interests and long-term strength. The principal defense of Obama’s stewardship rests on the idea that, despite some miscues, his realism about what military power can and can’t achieve has recalibrated America’s approach, moving it in the right direction.

A useful place to start this discussion is “The Realist Persuasion,” Richard K. Betts’s article in the thirtieth anniversary issue of The National Interest, realism’s premier intellectual outpost. Betts, a Columbia University scholar, argues that realists “focus more on results than on motives and are more attuned to how often good motives can produce tragic results.” While idealistic liberals and conservatives alike are often eager to “support the righteous and fight the villainous,” realists insist that the actual choices we face are “often between greater and lesser evils.”

“At the risk of overgeneralizing,” he writes, “one can say that idealists worry most about courage, realists about constraints; idealists focus on the benefits of resisting evil with force, realists on the costs.” On the whole, “realists recommend humility rather than hubris.”

For those of us whose heads are increasingly realist but whose hearts are still idealist, realism seems cold and morally inadequate. Yet the realists’ moral trump card is to ask whether squandering lives, treasure and power on impractical undertakings has anything to do with morality. Critics of realism confront the same question that opponents of the Iran deal face: “What is the alternative?”