While Matthew Boudway and I were interviewing Cardinal Walter Kasper last month, there came a moment when we simultaneously looked away from the cardinal and at one another: Well, that's going to be trouble. We had asked him about the section of his March address to the consistory in which he asked whether we can presume "that the engaged couple shares the belief in the mystery that is signified by the sacrament and that they really understand and affirm the canonical conditions for the validity of the marriage." We knew his answer would raise a few eyebrows: "I’ve spoken to the pope himself about this, and he said he believes that 50 percent of marriages are not valid." It didn't take long for the internet to seize on those remarks with something less than complete satisfaction.

Kasper and the pope are trafficking in insult, one critic claimed. Their suggestion that half of Catholic marriages are invalid constitutes "an insult to our natural human ability to marry...an insult to St. Paul, who said that the moral law is written on men's hearts...and it's an insult to God's grace to imagine that our own age is somehow different, that we cannot depend on God's help to live out the vocations He gives us." A canonist called the remark "reckless" and false. Another observer suggested the Holy See silence Kasper for his "shockingly indiscreet" remarks. But one of Kasper's more thoughtful critics is also one of the calmer: Ross Douthat of the New York Times.

In his post, "Against Kasper (I)," Douthat uses survey data to try to disprove the notion that 50 percent of Catholic marriages are sacramentally invalid. He also argues that the pope and Kasper are mistaken because the supernatural graces available to Catholic spouses are not a "one-off infusion" limited to the wedding ceremony. Going further, Douthat claims that because these graces are available to the couple throughout their marriage, even an "immature Catholic couple that doesn’t grasp the full import of their vows, and thus might be prime candidates for an annulment if they parted ways...can still grow into a valid, supernaturally-graced Catholic marriage over years of fidelity, childrearing, and mutual love."

Do the statistics Douthat marshals do the work he thinks they do? And has he correctly identified a lacuna in the pope's understanding of sacramental theology that undermines his speculation about the validity of Catholic marriages? I'm afraid the answer to both questions is no.

Let's take the data first. Douthat cites data mentioned in a Mark M. Gray post at the indispensible Nineteen Sixty-Four blog of the Center for Applied Research in the Apostolate. Bear with me as I quote from Douthat at some length:

Given these numbers, for Kasper’s “50 percent” guesstimate to be anywhere near accurate one would first have to assume that every single Catholic marriage that ended in divorce was canonically invalid from the get-go. And then one would have to further assume that that around one-third of intact (or ended-by-death) Catholic marriages are invalid as well.

Yet, as Douthat points out, that data set includes all Catholic adults who have ever gone through divorce--not necessarily all of them had Catholic weddings. So he looks at another survey to try to get at the number of Catholics whose sacramental marriages ended in divorce.

Let’s...say that 30 percent of married American Catholics have seen their marriages end in divorce. But per CARA’s numbers, only 45 percent of that total were in sacramental marriages to begin with, so (if I’m doing the math right) in the “married-in-church” category Kasper is talking about, the actual divorce-per-sacramental-marriage rate is more like 22 percent. Which in turn makes his claim of 50 percent invalidity yet more remarkable: For it to be true, the rate of sacramentally-married invalidity would be more than double the actual rate of sacramentally-married divorce (let alone the rate of divorce-and-remarriage, which is even lower still).

Later Douthat brings the notion of marital stability into the discussion: "Overall, family instability is much more pervasive in Latin America than in the U.S.A., but most of that instability is driven by the prevalence of cohabitation and out-of-wedlock births, rather than by divorce and subsequent remarriage." What does that have to do with the question of sacramental validity? Earlier in the post Douthat writes that if the 50-percent speculation was true, it would mean that "the supernatural graces taken for granted in Catholic ritual and teaching are no longer nearly as efficacious as the church has traditionally assumed." It seems that for Douthat the grace received in the sacrament of marriage has a stabilizing effect on the couple. That's why he thinks Catholic divorce rates weaken Kasper's claim.

But they don't. They're rather beside the point because divorce does not prove the invalidity of a marriage any more than staying together proves its validity. For all anyone knows, any number of Catholic spouses may be humming along in nuptial bliss for decades without the benefit of a sacramentally valid marriage. Does that mean they're not receiving God's grace? Of course not. The church doesn't teach that sacraments are the only vehicle for grace. What the Catholic Church does say is that in order for a marriage to be sacramentally valid, it must meet certain criteria at the moment the man and woman exchange vows.

It looks like Douthat is confusing the natural bond of marriage with sacramental marriage. The validity of one is not the same as the validity of the other. Either the sacrament is present or it's not. If either spouse was being dishonest about her or his intentions--perhaps one didn't really want to be open to the gift of children, or another thought that divorce was an option should the partnership go south--then the union is not sacramentally valid. Same goes if either one lacked a firm grasp of what he or she was promising the other. This reality is not easily measured by social science.

If a marriage lacks sacramental validity, that doesn't mean the couple can't grow into a deeper bond of natural marriage. But can the marriage go from sacramentally invalid to sacramentally valid? No. "That's why our annulment process does not focus on post-marital breakdowns," one canon lawyer told me. "It's not our theology that a marriage can become invalid after being valid; and validity is determined as of the exchange of vows."

That's because, as another canonist pointed out, canon law is based on Roman contract law. The only way a person can enter into a legitimate contract is to do so with full knowledge, freedom, and power. They can't be too young. They must be intellectually capable of making the decision. They must really know what they're signing up for. And they must do so freely. If any of those elements is missing, the contract is null and void.

Of course, no one could be blamed for putting a foot wrong when writing about Catholic teaching on marriage. There's a built-in equivocation when it comes to the question of validity--the church holds that sacramental marriages are valid in a way that natural marriages are not. Marriage existed long before canon law took stock of it. Then there's the annulment rate, which has led many--at least in the States--to refer to it as "Catholic divorce," a forgivable error, considering the mental gymnastics involved in that aspect of the teaching. (Now free in Cleveland!) And then there's the pope's power to dissolve certain marriages--not to declare that they never existed in the first place, but to dissolve them altogether. It's a bit of a mess. But it would be a shame if the critics of Francis and Kasper gave Catholics the wrong idea about what they're actually saying by calling it "dangerous to the church," as Douthat does.

Francis and Kasper are not making a clericalist judgment about poor benighted laypeople. Rather they are drawing on their own pastoral experience, and that of the priests and canonists they know, to identify a serious catechetical problem--one conservatives have been warning us about for years. How does the ambient culture define marriage? As just another disposable good? What do men and women mean when they profess marital vows? What do Catholic men and women mean? How does the church prepare its people for this sacrament? Is it, as Kasper says, too bureaucratic? Ad hoc? Hit or miss? (I don't have very kind words for my own Catholic marriage prep.) Can't the church offer a deeper answer? That's what Francis and Kasper are asking. Not whether laypeople are smart enough to comprehend the gravity of their nuptial vows, but whether the church is doing all it can to enrich their understanding.

That too might be a vehicle for God's grace. 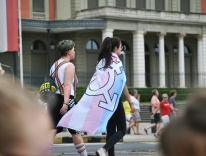 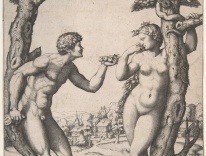