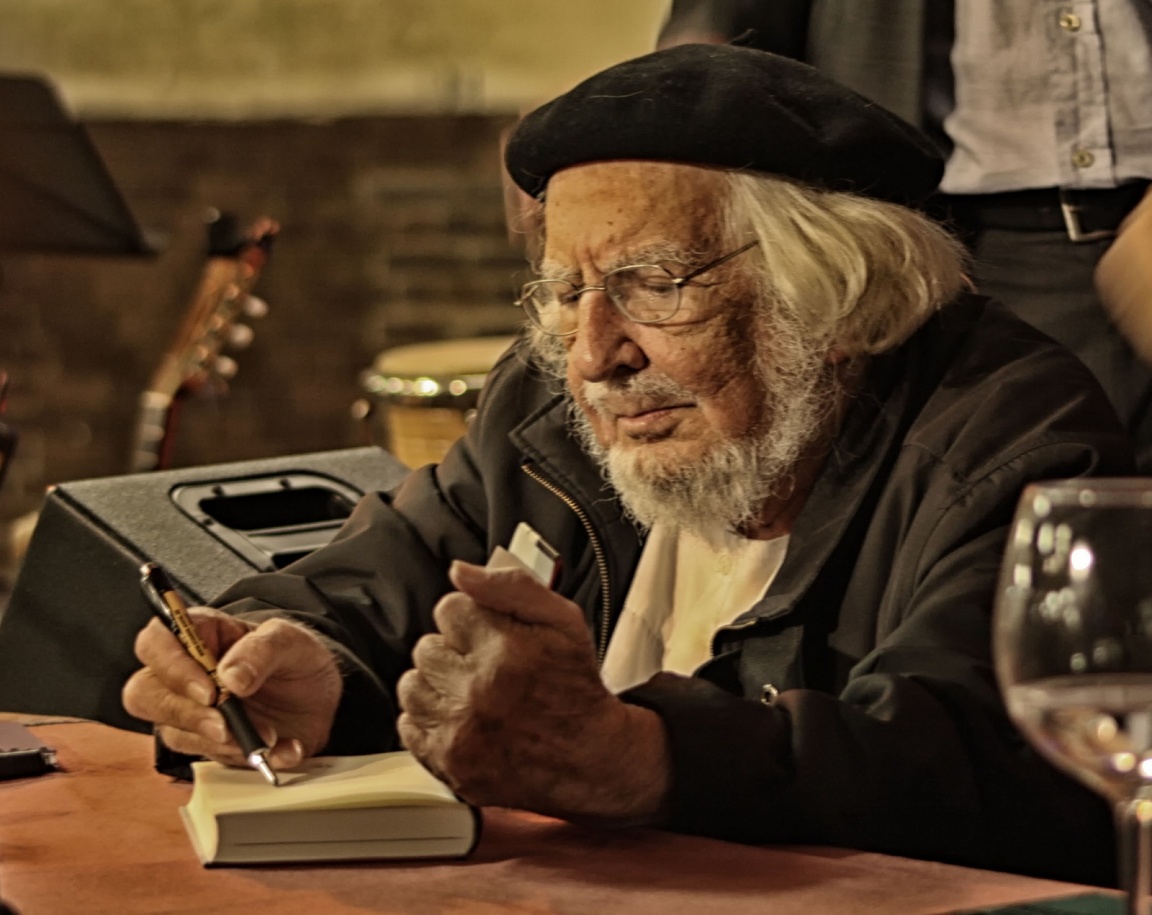 This interview first appeared in the April 26, 1974 issue of Commonweal

Not too long ago the poet-priest Ernesto Cardenal made a rare excursion from his island retreat on the Great Lake of Nicaragua to appear at New York's Cathedral Church of St. John the Divine on behalf of the earthquake victims of Managua.

A frail man in his 50's with long grey hair combed back over his head, a grey beard and black-rimmed glasses framing his passionately compassionate eyes, Cardenal read his work in an oracular voice matched by nothing else but those riddling, dark eyes. A woman told me she thought he looked like a modern-day Christ and that is certainly how many Nicaraguans regard Cardenal –especially those who live on the Isla de Solentiname in the community he founded there to serve the poor. Later, when I met him in a walk-up fiat in the middle West Side near the river, he greeted me in baggy black trousers, a loose-fitting, wrinkled white shirt cut like a peasant blouse and a black beret slouched to the right side of his head, and I said to myself, yes, a kind of Castro-Christ.

Cardenal didn't see many people while he was in New York, living here in almost the same isolation he commands in his native country. But he did speak with a publisher about his work, and another book of his prose, In Cuba, will appear within the year and most likely, another volume of his poems as well. In the meantime, a handsome volume of his poems entitled Homage to the American Indians was issued by Johns Hopkins this past December and that, along with various of his poems in anthologies and his two books published by Herder and Herder, To Live is To Love and Psalms, will serve to introduce this former student of philosophy at Columbia University, this one-time novice under Thomas Merton at Gethsemane, this political activist who has spent time in jail for his efforts.

And when that introduction has at last been accomplished, we will finally have come out of our isolation to recognize this remarkable writer who is one of the best known poets of his generation, both in his native South America and in Europe.

Q. Exactly why are you in New York now?

A. They invited me for a gathering being held in the Cathedral: some showings of art to benefit the injured in Managua; and since some monks and contemplatives of different religions were taking part, it seemed to me that it was a sufficiently important event to come here, in spite of the fact that 1 seldom leave my island. I don't like to leave my retreat there.

Q. What did you contribute to the gathering?

A. I read fragments of the last poem I've written about Managua—about the city in general, but the poem ends with the earthquake. It's about thirty pages long and students are preparing an edition that they're going to distribute among the people, and in Argentina some people are issuing it in book form.

Q. Your best known poem here is probably "Prayer for Marilyn Monroe." How did you come to write it?

A. I was in the seminary, studying to be a priest in Colombia when one of the teachers gave us the news of Marilyn Monroe's death. I also read a story in Time magazine about her and that inspired the poem. At the same time, it was the date in the liturgy when we have the gospel about the expulsion of the money-lenders from the temple and that too gave me inspiration to write the poem.

Q. Do you think most readers in the United States are missing the full scope of your work by knowing just that one poem?

A. Well, yes. My poetry is less known here than in other countries, and it is better known in Germany, for example, and in Europe in general. But now Johns Hopkins Press is bringing out a book of mine called Homage to the American Indians, which is a collection of poems on the theme of the indigenous cultures of America—North America, South America and Central America. It's about the wisdom, the mysticism and the spirituality of the indigenous tribes. That is one of the themes I've cultivated in my poetry: the theme of the indigenous.

Q. How did you come to write poetry in the first place?

A. Well, I began to write poetry when I was about four years old. In other words, I've always been writing poetry.

Q. Who are the poets you most read and admire?

Q. But unlike The Cantos, your poems are easy to read. They're straightforward and simple in their diction.

Q. But you haven't tried to write in a specifically revolutionary diction, have you?

A. Well, Pound wrote much economic, social and political poetry—principally economic—and I also have written quite a bit of economic poetry and some of those indigenous poems also have these themes. I have a poem about the Inca culture which is principally an economic poem about the socialism of the Incas. The poem is called "The Economy of Tahuantinsuyo." Tahuantinsuyo is the Quecha name of the Inca Emperor. I also have other poems about the Mayas and they too touch greatly on the economic, political and social themes.

Q. But not from such a fixed point of view as Pound's?

A. I think that Pound's principal point, and this is very important for everyone to see today, is that the present capitalistic economy is an oppression of culture, of all aspects of man's life and we ought to liberate ourselves from this oppression. He called it usury, the oppression of money, of the power of money, and I try also to treat this theme in historical poems of indigenous cultures as well as in some poems touching upon the theme of imperialism. In these poems I'm working with a preoccupation with the religious and mystical aspect of man's life and not just the economic. Speaking of the Incas, I say that their socialistic economy was an economy with religion. I am not interested in an economic liberation of man without the liberation of the whole man.

Q. Some people have compared your work to the anti-poetry of Nicanor Parra. How do you feel about that comparison?

A. I think there is something in common between his poetry and mine, something that consists in our trying to write realistic poetry; that is, poetry with images drawn from our present, real world. But I myself have never called what I write anti-poetry. I also think that my poetry should not be only known as the poetry of Ernesto Cardenal but rather as Nicaraguan poetry.

Q. What about graffiti and slogans such as you find in Parra's work?

A. No, I'm not interested in those, because they are not poetry. Well, some anti-poets say they are. Slogan-making is not poetry.

Q. Do you have a guiding esthetic for your own work?

A. A friend of mine from Nicaragua, José Coronel Urtecho, told me that for Pound poetry was "poetry containing history"; and he told me that my poetry was "poetry containing history and wisdom." In reality, what I would have wanted to say is that my preoccupation—and that, also, of José Coronel Urtecho—is that of writing a poetry which serves others in communicating its meaning. It was in this sense that he understood the word "wisdom"—in the Biblical sense of wisdom, in the sense the prophets gave to the word. For me, poetry is above all prophecy in the Biblical sense of guidance.

Q. How about your epigrams? They are neither about revolution nor economics.

A. Well, there is more to life than revolution. There is also love. My epigrams were written when I was young and they are a poetry of love and hate, some of both love and hate at the same time, because while they are political poems they are also love poems. It was much later that I developed a different kind of poetry—social, political and prophetic. I would call it—in trying to find the solution for our problems, a poetry that serves for something in the construction of a new society, poetry that would be useful and poetry that might be more than just a vehicle for communicating something. I am not interested in poetry for poetry's sake. My poetry is not lyric. The epigrams are lyric because they come from my youthful period of lyricism, but my other poetry is not lyric.

Q. In what sense is the Marilyn Monroe poem not lyric?

A. I was actually referring to the poetry that I'm writing right now, poetry with a revolutionary theme, for example. You could say that "Prayer for Marilyn Monroe" is a lyric poem, but it is not properly a poem about an individual since there was no individual relation between her and me. Rather, with her as my subject, I speak of the current civilization and I consider her not as a symbol but as victim—victim, really, of the commercialization, of the falsification of this real world. That is my theme.

RONALD CHRIST is the Editor of Review, published by the Center  for  Inter-American Relations.

Tags
Poetry
Economy
From the Archives

RONALD CHRIST is the Editor of Review, published by the Center for Inter-American Relations. 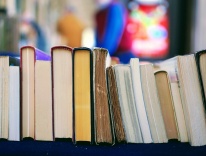 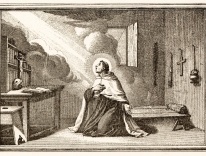 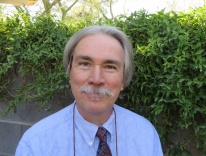