Why is the NBA deferring to China?
By The Editors
Foreign Affairs
Economy
Social Justice
Editorial 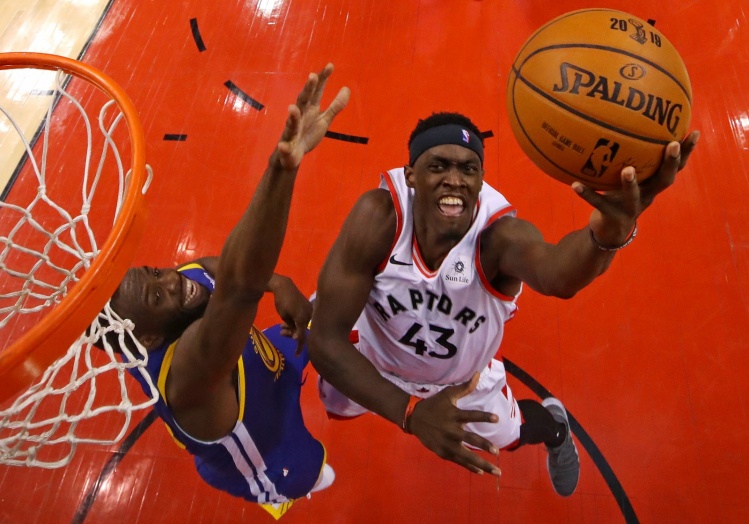 Though “NBA” stands for “National Basketball Association,” professional basketball is proudly, and very profitably, international. Unlike American football, for example, whose fan base is largely restricted to the United States, the NBA has followers and broadcasting contracts all over the world. In this country, the NBA also prides itself on its social consciousness. Rather than punishing players for political statements and gestures, as the National Football League has done, or carefully avoiding politics, as Major League Baseball generally does, the NBA has encouraged its players and coaches to speak out on controversial issues. Two of the league’s most successful and respected coaches, Gregg Popovich and Steve Kerr, have distinguished themselves as vocal critics of President Trump. Several of the league’s stars, including Lebron James, have spoken boldly in support of the Black Lives Matter movement.

But now these two distinctive features of the NBA—its international reach and its commitment to free expression—suddenly appear to be at odds. There are still parts of the world where the price of doing business is keeping your mouth shut. In early October Daryl Morey, the general manager of the Houston Rockets, tweeted an image with the words “Fight For Freedom. Stand With Hong Kong.” The Chinese government was outraged by this expression of solidarity with protestors. After being publicly rebuked by Rockets owner Tilman Fertitta, Morey deleted the offending tweet, which few people in mainland China could have seen (Twitter has been banned there since 2009). But it was already too late. The Chinese Basketball Association suspended all cooperation with the Rockets, one of the most popular NBA teams in China. Chinese broadcasters said they would no longer televise or stream Rockets games, and Chinese sponsors cut all ties with the team. According to the NBA’s commissioner, Adam Silver, China even asked the league to fire Morey, though officials in Beijing deny this.

The King James version of social justice turns out to be highly selective, stopping at the water’s edge or the bottom line.
sharetweet

The NBA’s response to China’s attempted clampdown on foreign criticism has been uncertain. The league’s initial statement on the matter, which described Morey’s tweet as “regrettable,” drew immediate criticism from American pundits and politicians left and right. But Silver soon issued a second statement promising that “the NBA will not put itself in a position of regulating what players, employees and team owners say or will not say.... We simply could not operate that way.” Later he added, “The values of the NBA—the American values, we are an American business—travel with us wherever we go. And one of those values is free expression.”

Perhaps. But in that case why have the league’s players and coaches been so reserved when asked about events in China? Popovich and Kerr, both dependably outspoken about Trump’s abuses of power, have hemmed and hawed about the protests in Hong Kong and China’s violent repression of ethnic and religious minorities in Tibet and Xinjiang. Worse, Lebron James actually criticized Morey for signaling his support for the Hong Kong protesters. James said he thought Morey “wasn’t educated on the situation at hand” and had failed to understand that “many people could have been harmed” by his tweet, “not only financially, but physically. Emotionally. Spiritually.” This was, to put it as kindly as possible, both mealy-mouthed and mercenary. The King James version of social justice turns out to be highly selective, stopping at the water’s edge or the bottom line.

But superstar athletes and their coaches are hardly unique in allowing themselves to be muzzled for commercial reasons. At the behest of Beijing, U.S.-based airlines have stopped referring to Taiwan as a separate country on their websites. Hollywood studios have made it clear to screenwriters and directors that unflattering portrayals of the Chinese government—or indeed of anything Chinese—are to be strictly avoided. The hotel chain Marriott recently fired a man for “liking” a tweet posted by supporters of Tibetan independence.

This is not how things were supposed to turn out. For decades we’ve been assured that trade with China would lead to more liberty there, not less liberty here. Capitalism was supposed to yield democracy wherever it was allowed to take root. We are now learning the hard way that this was always an illusion. The defense of human rights, including the freedom of speech, is not always lucrative; indeed, there is often a price to be paid for it. American businesses must be willing to pay that price whenever necessary, and without feeling too sorry for themselves. They are, after all, being asked only to accept less profit in a cause for which many people in China are paying with their lives.