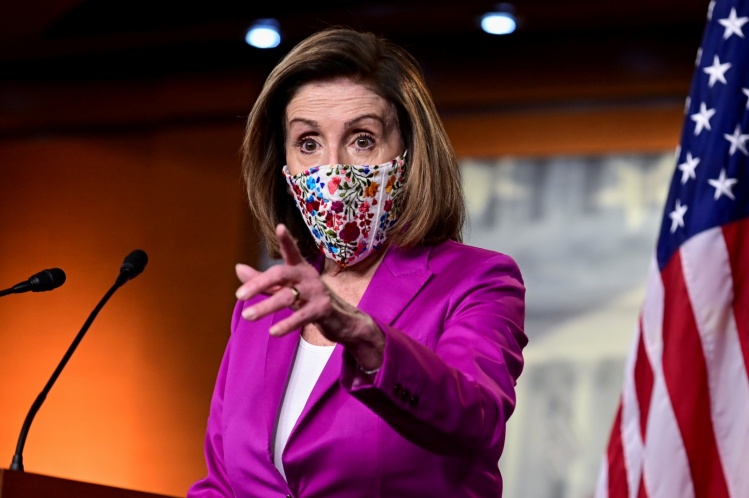 When a president of the United States incites an already agitated crowd to march on the nation’s Capitol, to refuse “to take it any longer” or “allow this group of people to illegally take over our country”—and when a segment of that crowd is led on by individuals enjoying presidential approval and whose violent proclivities and intentions were advertised and known beforehand—and when that mob assaults and vandalizes the Capitol, interrupts congressional certification of a presidential election, and forces elected representatives into hiding—then the demand for impeachment is both logical and understandable.

All the more so when this final outrage crowns months, no, years, of lying and breaking long established civic norms. No wonder so many thoughtful and dedicated political leaders have concluded that impeachment is the only responsible recourse.

They are, however, mistaken.

Impeachment, they say, will remove a dangerous and perhaps unstable man from the Oval Office.

It won’t. Time will not allow it. For removal, impeachment must be followed by conviction by an unlikely two-thirds vote of the Senate—which is not in session anyway—after what would inevitably be an extended trial.

But the very prospect of impeachment, its advocates say, might press Trump, like President Nixon, to resign.

He won’t. Trump is Trump. He knows he can run out the clock—and not be a “loser.”

But impeachment, they finally say, is “the right thing to do.” It is a solemn and unambiguous statement that no president is above the law. It will decisively repudiate the authoritarian turn Trump has legitimated.

It isn’t, and it won’t. An impeachment, unfortunately, will not be solemn or unambiguous. It will be rushed, contested, and partisan. It will be opposed by a large number of Republicans and perhaps a few Democrats. They will be able to frame plausible-sounding objections that don’t require defending the president’s actions. Absent a Senate trial and conviction, an impeachment can be shrugged off as “political,” which of course Trump will do. And, worse, if either a swift or delayed Senate trial falls short of the necessary two-thirds vote, as is likely, Trump will once again claim exoneration.

Is Trumpism stymied? My good friend and Commonweal contributor E. J. Dionne Jr. thinks so. “During the first week of January 2021,” Dionne wrote in the Washington Post, “Trumpism, a movement that sought to undermine our democracy, was defeated, discredited and permanently shamed.”

“Trump’s defeat alone might not have defused the threat,” he continued. “But the horrors in the halls of Congress—along with the GOP’s decisive setback in Georgia’s Senate runoffs—finally induced a mass conversion experience among Republicans who long shored up a corrupt and dangerous regime. Except in the fever swamps, Trump will come to represent not a noble lost cause but a catastrophic turn from reason.”

If only. The reality, I believe, is quite different.

What Trump piped into the White House from the “fever swamps” is not going to return there, certainly not soon and not easily.
sharetweet

What Trump piped into the White House from the “fever swamps”—those poisonous waters of racism, vigilantism, xenophobia, and conspiracy-mindedness that Dionne rightly notes have always been part of American politics—is not going to return there, certainly not soon and not easily. They are fed by toxic economic, ideological, and cultural currents, many of which arise and flow from well outside Trumpland. They have gained strength not just from their apologist in the Oval Office but from an upheaval in our sources of information and forms of public discourse. Not a few people have recognized the irony that nothing Congress could do to restrain the president, at least in the short run, matched the veto power of Twitter and Facebook.

In a plainspoken rebuttal to Sen. Ted Cruz’s flim-flam proposal of a ten-day Congressional “audit” to resolve all the far-fetched charges of election fraud, Sen. Mitt Romney made two essential points. First, no such audit would convince the mass of voters already ensnared in the president’s web of falsehoods about a stolen election. Second, “the best way we can show respect for the voters who are upset is by telling them the truth.”

There is, in other words, a segment of the public beyond persuasion but also a segment that deserves straightforward talk. Argue about the proportions of those segments, if you wish, but both exist. There are “soft” Republicans and many Trump-voting independents. They are susceptible to outreach but driven away by what feels like hyper-partisanship. And in the end they will probably be saved from the fevers of Trumpism more by what Washington achieves than what any politicians say, whether the denunciatory words of an impeachment or sweet talk of reaching across the aisle.

Which brings us to President-elect Biden. He is in a fix. An impeachment of Trump will be an albatross around Biden’s neck. It contradicts his heal-and-unify rhetoric. It undermines his need to dispel nightmares about a socialist apocalypse and calm the fears of enough Republicans and Republican-leaning independents so their representatives in Congress can risk cooperation and compromise. Nothing would be worse for Biden’s first hundred days—and maybe nothing would be better for Mitch McConnell’s—than a Senate convened in an impeachment trial with Chief Justice Roberts presiding and Trump and his strident defenders not only reinstalled at the center of political attention but with a high chance of victory. This would not be an albatross around Biden’s neck but a hundred-pound weight.

Yet Biden cannot oppose impeachment outright without upsetting the delicate balance not only among Democratic factions but Democratic temperaments. Rep. James Clyburn, House Democratic Whip and old pro, has tried to square this circle by suggesting impeachment now and trial only after the first hundred days. It’s a savvy idea but too savvy by half. It would ride today’s outrage but at the cost of bringing next spring’s momentum to a dead halt.

Is the only option, then, to do nothing, to acquiesce, in effect, in the president’s betrayal? Not at all. Many in Washington are beginning to talk of censure. Censure would not remove Trump from office nor disqualify him from future office. But impeachment will certainly not do the former and, given the low chance of conviction in the Senate, probably not the latter. Censure on the other hand would force both Democrats and Republicans to go on the record. It would close the escape hatches of procedural objections. It would only require majorities. It could be bipartisan and bicameral. It would not entail an extended trial. It would not hobble the incoming administration.

In American history, a successful and bipartisan censure of a president is almost as extraordinary as impeachment. That would be especially so if its language drew on that of the articles of impeachment already widely circulated:

On January 6, 2021, as Congress was about to count the votes of the Electoral College, President Trump addressed a crowd of his political supporters nearby. There, he reiterated false claims that ‘we won this election, and we won it by a landslide.’ He also willfully made statements that encouraged—and foreseeably resulted in—imminent lawless action at the Capitol. Incited by President Trump, a mob unlawfully breached the Capitol, injured law enforcement personnel, menaced Members of Congress and the Vice-President, interfered with the Joint Session’s solemn constitutional duty to certify the election results, and engaged in violent, deadly, destructive, and seditious acts.

President Trump’s conduct on January 6, 2021 was consistent with his prior efforts to subvert and obstruct the certification of the results of the 2020 presidential election. Those prior efforts include, but are not limited to, a phone call on January 2, 2021, in which President Trump urged Georgia Secretary of State Brad Raffensperger to ‘find’ enough votes to overturn the Georgia presidential election results and threatened Mr. Raffensperger if he failed to do so.

In all of this, President Trump gravely endangered the security of the United States and its institutions of government. He threatened the integrity of the democratic system, interfered with the peaceful transition of power, and imperiled a coordinate branch of government. He thereby betrayed his trust as President, to the manifest injury of the people of the United States. President Trump, by such conduct, has acted in a manner grossly incompatible with self-governance and the rule of law.

The most promising way to repudiate Trump and combat Trumpism, and the least costly way for the Biden administration, is not impeachment. It is censure.