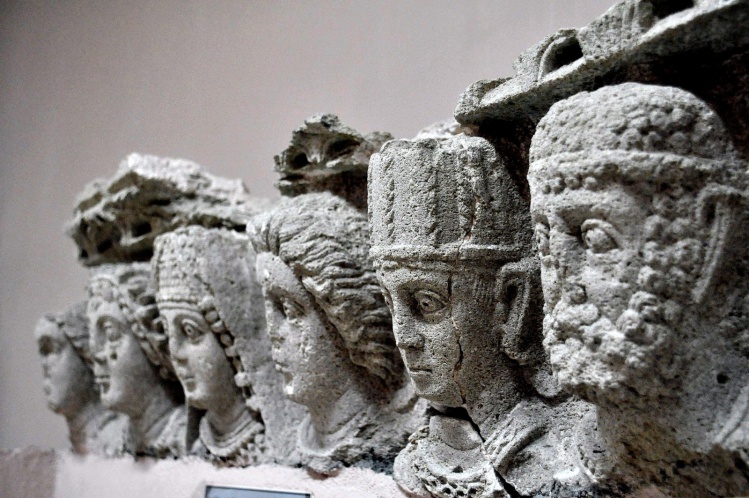 When Aaron Tugendhaft first saw the infamous 2015 YouTube video featuring members of ISIS smashing sculptures in the Mosul museum in northern Iraq, he was profoundly upset. For two-and-a-half minutes, images of destruction play before the camera. Men topple priceless historical artifacts, smash them with sledgehammers, and mutilate them with drills, often in slow motion. In the background, voices chant Qur’anic verse and sing in Arabic. Any scholar of history and religion would have reacted with similar outrage. But as the grandson of an Iraqi Jew forced to flee Baghdad as pluralism unraveled there in 1941, Tugendhaft’s emotions were also intensely personal.

Later, Tugendhaft realized his initial reaction was exactly what the iconoclasts wanted: “Their tyrannical theatrics were intended not to make me reevaluate my opinions but to entrench me in my prejudices. I was being provoked to smash back—the more outraged, the less free to exercise judgment.” The ISIS video, then, wasn’t just about destroying ancient statues. It was an attempt to destroy the possibility of democratic politics itself.

That troubling experience led Tugendhaft to write The Idols of ISIS, a book with a much broader import than its title might suggest. His analysis, divided into three chapters, stretches beyond the Mosul museum to examine the long history of iconoclasm in human civilization—from image smashing in the Assyrian Empire, to medieval political philosophy, to the ways images are modified and circulated on the Internet today. As an admirer of German political philosopher Hannah Arendt, Tugendhaft has a particular interest in preserving and promoting what Arendt called the “middle space” of politics: the realm of discussion, reflection, and compromise that makes genuine political life possible. How, he wonders, can we make room for a true plurality of voices and opinions? What types of images will enable pluralism to flourish?

Tugendhaft begins by examining the ways in which images are put to political ends, finding that religion often serves as a pretext for authoritarian politics. For members of ISIS, the destruction of visual “idols” is primarily a public rejection of heresy, and an act of reverence towards God. But Tugendhaft also detects a deeper dynamic at work: the abdication of political responsibility in the guise of submission to something unifying and transcendent. Cloaked as it is in religious language, ISIS’s iconoclasm relies not on a reasoned discussion of ideas followed by free choice, but rather thoughtless homogeneity followed by obedience. A person is either in or out, marked for glory or opprobrium based on their unquestioning fidelity to a religious paradigm.

Pushing further, Tugendhaft argues that religion itself is inherently political—and that it is the realm of politics, not religion, that ultimately defines us as human beings. Drawing on the thought of Islamic political philosopher Abu Nasr al-Farabi (ca. 870–950), Tugendhaft suggests that no religion is purely concerned with God or the “sacred”—that which is set apart from other spheres of human activity. Instead, religion derives from a political body, which in turn has the power to define the sacred. Ultimately, Tugendhaft argues, a society is held together by its set of communal images, which shape its perception of the world and determine its shared values and ideals.

ISIS’s iconoclasm relies not on a reasoned discussion of ideas followed by free choice, but rather thoughtless homogeneity followed by obedience.
sharetweet

The problem, according to Tugendhaft, is that we are prone to accept or reject these values unconsciously. And we’re often unable (or unwilling) to examine the multiple, sometimes nefarious meanings that are latent in the images we hold dear.

Consider the idea of the museum itself. Tugendhaft unpacks it to explain how such buildings—images made to house other images—are entangled with imperialist politics going back to the nineteenth century. That’s when Westerners began to “discover” ancient Mesopotamian objects and sculptures, extracting them from their native soil to be sold or displayed in Western museums like the British Museum or the Louvre. The stele of Hammurabi’s Code, evidence of the sophistication of ancient Iraqi civilization, means something quite different in Paris, where it becomes a tool for glorifying the Western present through the contemplation of a stolen past.

Simultaneously, in wealthy Western countries museums developed into markers of “civilized” life. Tugendhaft explains that visiting a museum today is, in some sense, a ritual performance of a visitor’s cultural superiority. As we observe and even revere a set of objects, we unwittingly reinforce Western pieties about the museum as a symbol of high culture. Viewed against this backdrop, ISIS’s destructive acts in Mosul become not just a reaction to contemporary Iraq’s complicated relationship with its own history, but a wholesale repudiation of the modern West. The fact that Western observers were so enraged by it only proves the efficacy of ISIS’s gesture.

If every image is so fraught with unconscious meaning, how can we cultivate the capacity for reflection and judgement of the images we encounter—a necessity for democratic politics? At the end of the book, Tugendhaft develops the notion of “tapping” images against each other. Drawing on Friedrich Nietzsche’s metaphor of posing questions with a hammer, Tugendhaft explains that to “tap” an image is neither to venerate nor smash it, but simply to listen.

That’s admittedly hard to do in an age dominated by social media, where algorithms flood us with a constant stream of images based on an ever-growing collection of data. Tugendhaft compares our digital feeds to ancient Assyrian palaces, which were adorned with reliefs depicting scenes of Assyrian gods, kings, and conquered peoples—all part of Assyria’s extensive ideological program of self-glorification. In an interview last winter, Tugendhaft coined the phrase “algorithmic iconoclasm” to describe the circumscribed way our lives are lived online. Our curated channels enable us to create a narrow, isolated world free of images that might bother us, and in fact reward us for it. Meanwhile the zone of discussion, contact, and compromise slowly erodes.

Despite its many strengths, Idols of ISIS does expose its author to one serious critique. For all his analytic bravura in “tapping” images—an expression that arrives too late in the argument and risks confusing readers—Tugendhaft fails to examine critically his own personal investment in the symbol of “politics” itself. Throughout the book, he reiterates his conviction that “politics,” despite its inherent messiness, holds the potential to bring about full human flourishing and happiness. Indeed, the book can be understood as a call to embrace the fact that we are political animals above all else. But Tugendhaft thereby assigns religion a secondary, largely negative role in public life. True, religion has motivated some of the worst crimes perpetrated against humanity. But hasn’t it just as often been a force for good? Tugendhaft doesn’t bother to ask.

Still, The Idols of ISIS is worth reading, even for those who aren’t particularly interested in the Middle East. It’s not hard to find parallels to our current situation in the United States, where flag-waving Trump supporters attack the Capitol (another civic symbol frequently described with religious terms) and congressional Republicans insist on changing the subject. The question that Tugendhaft leaves us to ponder is our own fate as a democratic polity. The past four years have shown us what divides us. What image can possibly hold our country together?

The Idols of ISIS
From Assyria to the Internet
Aaron Tugendhaft
University of Chicago Press
$18 | 135 pp. 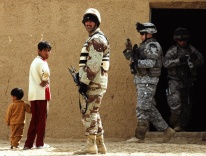