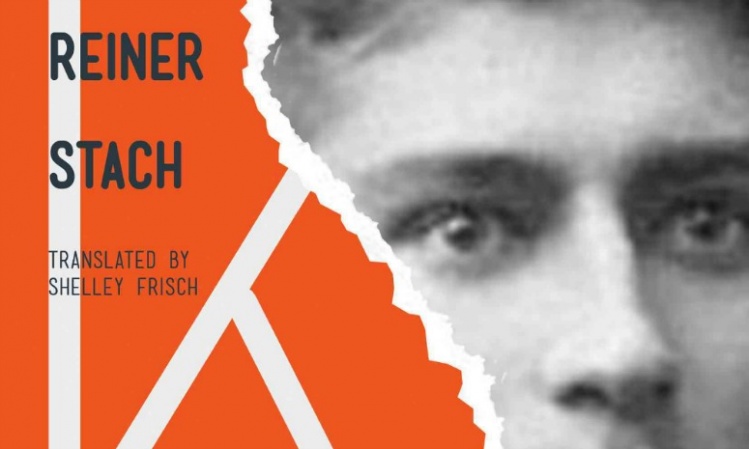 This first volume of Kafka’s life covers the years from 1883 to 1911, just before his creative breakthrough in 1912 with “The Judgment” and “The Metamorphosis.” The translator’s useful preface explains why this book was published after volumes 2 and 3. The unusual order “was dictated by years of high-profile legal wrangling for control of [his friend] Max Brod’s literary estate in Israel, during which access to its materials...was barred to scholars.” The translator writes that Reiner Stach’s biography “offers a panoramic view of Franz Kafka’s life in its socioeconomic, political, religious, artistic, cultural, linguistic, pedagogical, bureaucratic, and even medical dimensions.” Stach describes “what it was like to be Kafka, a German Jew with a Czech passport in the declining years of the Austro-Hungarian Empire who faced the drudgery of work at an insurance institute while straining to find his path as a writer.” The distinguished German novelist W. G. Sebald condemned the “dust, mold, and unrewarding redundant verbiage on every page” of Kafka studies since the 1950s. But Stach’s authoritative biography is the great exception. His mastery of complex material, scrupulous examination of evidence, illuminating portrayal of the historical and intellectual background ranks with Joseph Frank’s superb five-volume life of Dostoyevsky.

Kafka’s name in Czech means “jackdaw,” a small black bird in the crow family, gregarious and vocal. He was completely bilingual, and though German was his mother tongue, he felt Czech was a “much more affectionate” language. He was educated by the Piarist Fathers when Catholicism was the dominant religion of the Austro-Hungarian Empire and the Czech majority in Prague was Protestant. Thomas Mann’s story “Tonio Kröger” satirized the kind of children’s dancing classes that Kafka was forced to attend and described the powerful influence of Schiller’s plays that Kafka also studied. Jews made up 10 percent of the Prague population, and the Judaism of Kafka’s family was more social than religious. His boring preparation for his bar mitzvah demanded no more than “ridiculous memorizing” and he called it “a kind of skit in which he got to play the lead role for one day.” He soon forgot the little Hebrew he had learned.

The adult Kafka had a tall, skinny, scarecrow physique. He was five feet, eleven inches tall, but weighed only 134 pounds. So it’s surprising to discover that he was an athlete. He took long hikes, rode a bicycle, loved swimming and rowing in rivers and lakes, played tennis, and went horseback riding. But even before he contracted the tuberculosis that killed him at the age of forty, he felt that his body was a stranger, even a threat, an enemy that had to be transcended or rejected. His vegetarian diet and crankish naturopathy, his hosing and mud cures and drafts of sulphuric water at many German spas didn’t improve his health. In “The Metamorphosis” the pathetic hero sheds his body like a carapace and experiences a sudden physical change and shocking rebirth: “As Gregor Samsa awoke one morning from uneasy dreams he found himself transformed in his bed into a gigantic insect.”

Kafka’s unhealthy corporal attitude inevitably affected his active but usually disappointing sex life. His own room in the family flat was an awkward passageway between the parlor and his parents’ bedroom, and when he saw their bedcovers turned down by the maid he wanted to vomit. His own sexual activity wavered between indulging in unrequited fantasies and running the nightmarish risks of venereal disease.  The virgin Kafka’s first encounter with a prostitute offended his fastidious nature when she emphasized, with an unmentionably crude word, their squalid connection. (By contrast, the more unbuttoned James Joyce told his wife that he was sexually excited by “a sudden dirty word spluttered out by your wet lips.”) Kafka ungraciously described the buck teeth, prognathous jaw, and columnar legs of his first lover, whom he seduced when nothing better turned up in a summer resort.

Stach is especially acute on Kafka’s demanding job at the Workers’ Accident Insurance Institute in Prague. He “had to enforce a complex and abstract concept of safety that assumed a fundamentally stable world” as the empire hurtled toward an apocalyptic war. A specialist in accidents at the workplace, he represented the interests of the insured as opposed to their employers’. While “working on risk classes and percentages, determining insurance premiums, and employing judicial and rhetorical means to handle disputes with businessmen who were unwilling to pay,” he conducted essential interviews and inspections throughout Bohemia.

In September 1911—with King Vittorio Emanuele, Gabriele D’Annunzio, and Giacomo Puccini in attendance—Kafka and Brod watched a spectacular air show in northern Italy, sixty miles east of Milan. His detailed and sparkling account in “The Aeroplanes at Brescia” emphasized the fragility of the flying machines: “Up there, some 70 ft. above the earth, there is a man, captive in a wooden frame, fending off an invisible danger he has freely taken on.” While in Brescia, the two tourists came up with the innovative idea of publishing travel guides (foreshadowing those of today) that would rival or even replace the stodgy but dominant Baedekers. Their guides would provide information about “practical obstacles, local conditions, the experiences of previous” visitors as well as handy hints about erotic and sexual entertainment. Unfortunately, their plan never took off.

Kafka’s literary technique introduced the element of fantasy into realistic narration. He declared that he was made of, not for, literature and famously believed that a book must release the author’s innermost feelings and “be the axe for the frozen sea within us.” Strach’s discussion of the key document of Kafka’s youth, Letter to His Father (1919), which (luckily) his father never read or even heard about, could be considerably expanded. In this unequal struggle Franz was sure to be defeated by his overpowering father, who never understood his weak adversary and anointed heir. The crucial event in this work is the exact opposite of the mother’s comforting goodnight kiss in Proust’s Swann’s Way.

As the young Franz kept whimpering for water, he later recalled, his father “took me out of bed, carried me onto the pavlatche [balcony], and left me there alone for a while in my nightshirt, outside the shut door.” The shut door recalls the parable “Before the Law” in The Trial, where the hopeless character wastes a lifetime waiting outside the door through which he will never be admitted. Kafka concludes, “Even years afterwards I suffered from the tormenting fancy that the huge man, my father, the ultimate authority, would come for me almost for no reason at all...and that meant I was a mere nothing for him.” But Franz’s whimpering and the feeling that he “was a mere nothing” do not explain his father’s true feelings in this traumatic event. Kafka concedes that his father would have said, “Is that all you’re so worked up about?” He was never beaten or abused, but the quivering nerve endings of the sensitive child, abducted from the warmth and security of his bed, turn a comparatively trivial incident into a searing condemnation of paternal cruelty. Franz probably continued to whimper until, after his mother’s pleas, one of his parents rescued him and brought him back inside.

The other crucial incident took place when Franz and his father were undressing in the same small bathing hut. “I was,” he recalled, “weighed down by your mere physical presence.” Ashamed of his own body and frightened by his father’s, he added, “There was I, skinny, weakly, slight; you strong, tall, broad.” Behind Franz’s fear and trembling was the injunction in Leviticus 18:7—“the nakedness of thy father shalt thou not uncover” and the intimidating sight of his father’s large sexual organs. His father’s overwhelming presence provoked Franz’s negative feelings—weakness, frailty, fear, and guilt—and it was precisely these qualities that hurt him into literature. Kafka’s dominant themes are isolation, fear and failure, loneliness, torment, and guilt. His characters are like porcupines who are too cold if they stand alone and who wound each other if they move too close together.