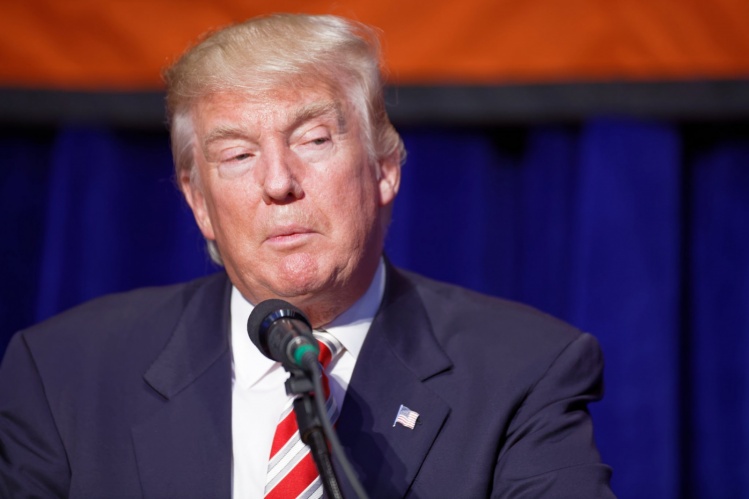 The struggle over what the dominant storyline in the news should be has always been political.

Good reporters and editors labor mightily to be fair-minded in their reporting of episodes and events, and I’ll defend them to my last breath. But the larger battle, captured by the phrase “winning the news cycle,” involves a fierce competition to push reports that help your own side to the top while sidelining those that serve the interests of your opponents.

In the Trump Era, this clash has fundamentally changed because the president and his lieutenants have realized that lying works; shameless dissembling is now standard operating procedure for the White House. Partisan outlets go with Trump’s versions of events, even when they are demonstrably false. Mainstream outlets feel duty-bound to report them, even as they debunk the lies.

Moreover, our chief executive instinctively knows what Alexander Hamilton taught long ago: that the despot’s “object is to throw things into confusion that he may ‘ride the storm and direct the whirlwind.’”  If the news gets troublesome, Trump and his minions create all manner of controversies and distractions that consume a lot of media space and time.

His latest discovery is how his pardon power can be a big news-cycle hit, especially when a celebrity is blended in. Thus did Trump announce on Wednesday that he was commuting the life sentence of Alice Marie Johnson, convicted in 1996 on drug possession and money laundering charges, after her cause was championed by Kim Kardashian.

This followed his using the refusal of so many members of the Super Bowl-winning Philadelphia Eagles to go to a White House victory ceremony as an excuse to launch yet another attack on kneeling NFL players, one of Trump’s favorite divisive themes. (He also issued a typically misleading statement, suggesting that Eagles players disagreed with his insistence “that they proudly stand for the national anthem,” when in fact no one on the Philly squad ever knelt last season.)

And the sheer volume of corruption reports—starting with would-be Chick-fil-A spouse and Environmental Protection Agency Administrator Scott Pruitt—means that they start to drown each other out.

Then there is the challenge of balance. So much of the journalism about Trump is negative because of what he does every day and because Robert Mueller’s investigation and hardworking reporters regularly turn up embarrassing facts. Therefore, journalists feel obligated to make sure that everyone knows they can be just as tough on Democrats. Looking “partisan” is a grave transgression. Trump and the Republicans try to paint this scarlet letter on the media almost daily.

Lord knows, Democrats have their problems. Their own politicians regularly point them out by way of scoring points in the party’s factional wars. But with this year’s primaries nearly over, let’s at least shelve certain storylines that are simply wrong.

Contrary to a popular meme, the Democratic primary electorate is not veering sharply to the left. Left-wing candidates did not fare particularly well because rank-and-filers aren’t interested in ideological warfare and are choosing on the basis of personal qualities—it really helps to be a woman this year. Democrats cast pragmatic primary ballots in large numbers because they devoutly want to end their powerlessness.

This pragmatism is what allowed Democrats to avoid catastrophe in California on Tuesday.

Because of the state’s appropriately nicknamed “jungle primary,” the top two finishers in the first round compete in November, even if they are in the same party. Although a couple of races were close, it appears there will be Democratic candidates on the ballot this fall in every target district. Democratic voters successfully identified their own strongest contenders, and party-supported advertising pummeled Republican candidates who threatened to shut the Democrats out. A gang we thought couldn’t shoot straight actually hit the mark.

So let’s agree on two things.

First, Democrats will make enough mistakes between now and Election Day to give journalists ample opportunity to look balanced. There’s no need to keep flogging flawed talking points. And there’s nothing imbalanced about Trump’s sins dominating the news. It’s not the media’s fault that there are so many of them.

Second, Trump tests both journalists and news consumers in a way they’ve never been tested before. Like would-be autocrats elsewhere, Trump is pursuing a strategy of disorienting the citizenry with a steady stream of provocations, untruths and diversions. We cannot afford to treat any of this as the usual spin or garden variety politics.