The Collected Sermons of Dietrich Bonhoeffer
By Thomas Baker
Books 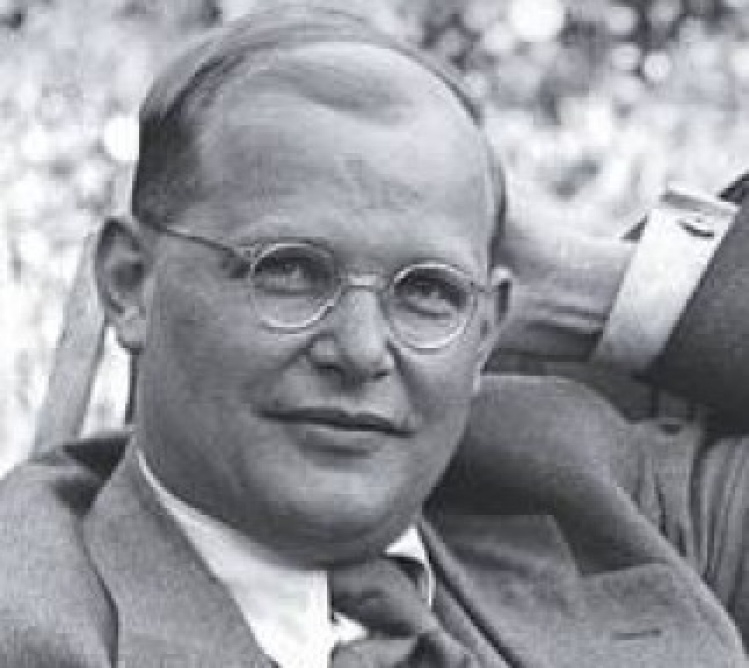 In his short but intensely active life, Dietrich Bonhoeffer held only brief appointments that involved regular parish preaching. As with most churches and their preachers, reactions were decidedly mixed. In Barcelona, where Bonhoeffer (only twenty-two at the time) enjoyed some brief popularity in his German-speaking parish, the resident pastor quickly responded by suppressing the advance preaching schedule. In suburban London just a few years later in 1933, on the other hand, people drifted away from Bonhoeffer’s already tiny congregations, preferring the pious style of his predecessor. That isn’t surprising, since the first sermon they heard from their new pastor was not the upbeat get-acquainted message we might ourselves expect, but this:

How is it possible that thousands and thousands of people are bored with the church and pass it by? Why did it come about that the cinema really is often more interesting, more exciting, more human and gripping than the church?... It is because we talk too much about false, trivial human things.... It is because we prefer quiet and edification to the holy restlessness of the powerful Lord God.

“Holy restlessness” sums up the mood of this slim but powerful volume of many of the sermons from Bonhoeffer’s parish work, as well as others following his return to Hitler’s Germany and eventual murder at the hands of the Nazis. Readers of Bonhoeffer’s longer works, especially The Cost of Discipleship, will recognize his voice, vividly painting the claims of the gospel and pushing hard against our resistance to them. He wanted preaching to be an astringent antidote for listeners accustomed (as most of us are) to homilists trying above all to be liked and helpful, writing that the preacher’s job is to see that the grace of God “speaks to us, knocks on our door, asks questions, warns us, puts pressure on us, alarms us, threatens us, and makes us joyful again and free and sure.” There is no time in these sermons for expositions of church dogma or specific moral shortcomings: here the themes are redemption, faith, the Cross, sin and selfishness, and above all the glory and impossible difficulty of love.

At the center, naturally, are the Scriptures, from a four-sermon series on Paul’s meditation on love in First Corinthians to the calming of the sea in Matthew. Most preachers fail, he writes, because they “have spiritualized the gospel—that is, we have lightened it up.” Preaching on the parable from Luke of the rich man and Lazarus, Bonhoeffer says that we usually reduce this passage, and most Gospel readings, to a story with a moral—in this case, that the rich should help the poor. Instead, he writes, this is a much more difficult Gospel even than that, forcing us to confront our deep disdain for the poor and the wretched, and our reluctance to remember that they are equal to us in God’s eyes.

Despite the ambition of his preaching, Bonhoeffer also wanted sermons to get to the main point quickly, and never confused them with lecturing or the teaching of doctrine. As a result, most of the sermons here are models of clarity and brevity. To maintain this focus, he often preferred to limit his text not just to a single reading, but to a phrase of just a few words. In one, he asks what Colossians means when Paul told his readers they had been “raised in Christ,” and paints a vision of what would happen in our own lives and relationships if we believed it ourselves. My favorite is an Advent sermon that brilliantly uses the recurring image of miners trapped underground, desperately needing rescue and listening for the slightest noise of approaching help, to describe the real urgency of Advent waiting.

Reading these short but demanding reflections one after the other, one does occasionally pine for a bit of relief—if not a weekend football prediction (still a homiletic icebreaker in some parishes), at least a brief smile of commiseration. One or two are so austere that the message of redemption at the end fails to dispel our discouragement, and those directed to younger listeners have a parental stiffness that apparently even the greatest preachers can’t always avoid. But Bonhoeffer, as a minister without a long-term portfolio, didn’t have to worry about being popular—the working pastor’s greatest burden—only about being believed.

That, in the end, is why this is great preaching still worthy of our attention: it has the voice of a preacher who can convince us he not only believes his message passionately but subjects himself and his beliefs to the sternest self-scrutiny. It’s not simply that as readers today we can grant Bonhoeffer the moral authority that comes from knowing the heroic end of his story—martyrdom in the concentration camp in Flossenbürg at age thirty-eight. Within the sermons themselves, Bonhoeffer’s attempts to hold on to the impossible standard of the gospel are almost painfully honest and public. In 1934, as he fought vigorously for a German church independent of national boundaries and Nazi influence, he was tormented by self-scrutiny: “Such a struggle carries a great temptation with it: the temptation of being too sure of oneself, of self-righteousness and dogmatism, which also means the temptation to be unloving towards one’s opponent.”

Under even more dire conditions in 1938, he preached to his clandestine seminarians in remote East Pomerania on Paul’s instruction “never avenge yourselves.” By this point, his call to fight oppression and violence only with kindness and Christian forgiveness is even more extreme. “Do not believe,” he wrote, “that you know what is good or evil, or otherwise human beings will devour each other.... Who would need our love more than the one who hates? You repudiate the poorest of the poor when you repudiate your enemy.” It’s difficult to imagine the agony that ultimately drove this conscientious pacifist and ethicist, struggling to meet the standard of perfect love, to join the unsuccessful plot to assassinate Hitler that would bring about his own death. “The great masquerade of evil,” he wrote several months before his arrest in 1943, “has played havoc with all our ethical concepts.”

Perhaps even those who want more challenge in their weekly preaching would be exhausted by Bonhoeffer in the pulpit. Yet sermons this demanding should still be our inspiration in the face of so many centered on facile catechesis, bland assertion of doctrine, and let-us-therefore conclusions. This book should remind every preacher who reads it of what can happen when passion, humility, and honesty overcome the desire to be liked and the urge to lecture. Bonhoeffer hoped that preachers could “talk about matters of our faith in such a way that hands reach out for it faster than we can fill them.” Here is one great preacher’s way of accomplishing it.