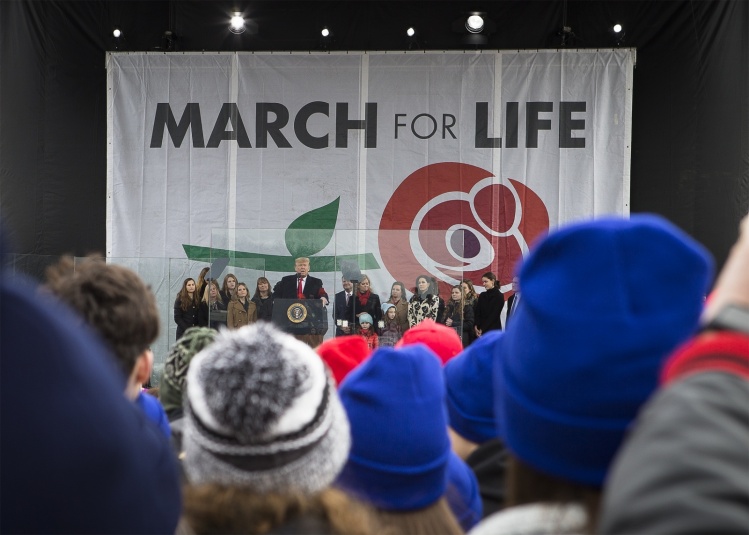 Dobbs leaves us with two fundamental questions: What is a person? And who should decide? The answer to the first question seems to me straightforward. At no point in the first and second trimesters, nor in the third, when the mother’s life or health is at stake, does the fetus—sans thoughts, sans emotions, sans experiences, sans everything—have any rights that override those of the woman of whose body it is merely an infinitesimal part during the time when more than 90 percent of abortions currently take place. Unlike its host, it is a potential person, not an actual person; a future person, not a present one. That millions of Americans think differently is a source of puzzlement and distress to me, as well as, I hope, humility. But with all the good will I can muster, I’m unable to find any plausibility in their view.

Suppose a state legislature outlawed sex-reassignment surgeries, judging them unnatural and offensive to God. The Supreme Court would (probably) declare that law unconstitutional. Since the Constitution does not expressly mention sex-change operations, there can be no constitutional right to one. Instead, the court would, or should, rule that a state legislature is not allowed to legislate its religious beliefs, even if they are the beliefs of a majority of the state’s citizens.

Now, what are the beliefs on the basis of which a legislature would likely outlaw abortion? Presumably that the fetus is a human person, entitled to the state’s protection. What reason could they give for that conclusion? Crucially, they cannot say that a fetus has a soul. That is a religious belief. It is held almost exclusively by religious persons and defended almost exclusively with religious reasons. They could say that from conception the fetus is a full human being, with a range of human attributes. But they would have to stipulate that belief and then refuse to hear expert witnesses, most of whom would rebut it. They could claim that the fetus contains a human genome, and that anything with a human genome is entitled to be considered human and protected by the state. But every cell in the human body—every hair, every fingernail, every bead of sweat—contains a human genome, which is just a complete set of human DNA. Of course, unlike those tissues, the embryo (its proper name during most of the first trimester) will, with a great deal of effort, pain, and sometimes danger on the part of its host, become viable. Virtually no one argues that it deserves no protection once it is viable—at twenty-four to twenty-eight weeks. But by then, there is virtually nothing to protect it from. Fewer than 1 percent of abortions take place after viability.

Is there really any doubt that an abortion ban would be a religious imposition? Among the nonreligious, there is very little support for restricting abortion. A majority of Americans belonging to each of the major religions, excepting Mormons and Evangelical Protestants, would allow abortion in some or all cases. As far as I know, Mormons haven’t been active in opposing Roe. The only two groups who have been notably active are Evangelical Protestants and Catholics, especially the Catholic hierarchy. The bishops have maintained a steady opposition since 1973, but with little effect, so they deserve only a modest share of the blame for Dobbs.

Virtually no one argues that it deserves no protection once it is viable—at twenty-four to twenty-eight weeks. But by then, there is virtually nothing to protect it from.
sharetweet

That leaves Evangelicals. I suggest they have made a devil’s bargain. The Evangelical movement has regularly provided the margin of victory for a radical party that has undermined democracy with gerrymandering and voter restriction, allowed the number of guns in the country to swell to lunatic proportions, voted its rich patrons a $1.5 trillion tax cut while one in six American children lives in poverty, and, with almost incomprehensible irresponsibility, has prevented serious government action to reduce carbon emissions, contemptuously disregarding biblical (and papal) admonitions to stewardship of the Earth. Evangelicals voted overwhelmingly (85 percent) to place supreme political power in the hands of a sociopath and sexual predator, who took a wrecking ball to the executive branch and ended his term with a treasonous refusal to hand over power peacefully to his successor. Evangelicals inflicted all this misgovernment and disgrace on their fellow Americans solely in order to overturn Roe v. Wade. Quite possibly, their fellow Americans will not thank them for it.

Very few Americans—only 25 percent, the lowest level ever recorded—express confidence in the current Supreme Court. That is understandable. Five of the six conservative justices were appointed by presidents who had not won the popular vote. The egregious cheat by which Sen. Mitch McConnell stole a seat from the Democrats and, four years later, in identical circumstances, rammed through a Republican nominee, was a national scandal. The three most recent nominees were pressed for their opinion of Roe; each replied that they considered it “settled law” and then voted to repeal it at the first opportunity. Justice Clarence Thomas has so far refused to recuse himself from cases related to the insurrection on January 6, despite his wife’s unflagging efforts to further the “Stop the Steal” canard. Perhaps Thomas will offer the same elegant reply to critics of this refusal that Justice Antonin Scalia offered to critics of Bush v. Gore: “Get over it.”

Governing without a majority has become a Republican specialty. Early in this century, Republicans forged a new strategy. They recognized that, for all its utility, the politics of resentment could not guarantee them a lasting majority. They were, after all, and had always been, the party of the rich. So they conceived the idea of launching an electoral blitz at the state level in the 2010 elections, which, if successful, would allow them control of the decennial redistricting process. The Democratic Party was Washington-centric and uninterested in local politics, so the Republicans were wildly successful. They then hired armies of computer consultants and gerrymandered every state they controlled within an inch of its life. Of course, they did not invent gerrymandering, but they brought it to a level that was to previous Democratic efforts as World Cup play is to ten-year-olds on a back street.

Dobbs proclaims that since “the Constitution makes no express reference to the right to obtain an abortion…the authority to regulate abortion is returned to the people and their elected representatives.” It is not surprising that the court took no notice of the crisis of democratic legitimacy produced by unscrupulous Republican partisanship, since the court has largely enabled it. Shelby County v. Holder barred the Federal Election Commission from overseeing state election laws, and Citizens United—the mother and father of all anti-democratic Supreme Court decisions—removed all limits on political spending. The Constitution makes no express reference to gerrymandering or to unlimited campaign contributions, but this did not prompt the court to return the authority to regulate these things to the people and their elected representatives. Nor did the court trust the democratic process to regulate gun mayhem (District of Columbia v. Heller, NYSRPA v. Bruen) or climate chaos (West Virginia v. EPA). Dobbs is undeniably a tainted victory.

How would a genuinely democratic polity address constitutional controversies? Undoubtedly, “the people and their elected representatives” are the ultimate court of appeal, notwithstanding the Founders’ well-known misgivings about our wisdom and character. And even though the Constitution makes no express reference to “judicial review,” the deliberations of nine wise and learned men and women do sometimes supply essential discriminations and clarifications and model moral and political reasoning for the rest of us.

Our political system is more accurately described as a plutocracy than a democracy, and the understandable attitude of more and more citizens is a sullen passivity, occasionally erupting into unreasoning rage.
sharetweet

The problem is that American government is not sufficiently accountable. Congress has generally been, and the Supreme Court has nearly always been, to the right of public opinion. The traditional remedy—voting the scoundrels out—does not work if only scoundrels have the resources to sponsor, lobby, and (after their term in office) employ politicians, initiate complex lawsuits, or saturate the media with their message. Campaigns for constitutional amendments and ballot referenda are expensive, often prohibitively so. Our political media are commercial enterprises, not civic ones. Our political system is more accurately described as a plutocracy than a democracy, and the understandable attitude of more and more citizens is a sullen passivity, occasionally erupting into unreasoning rage. And this Supreme Court’s only response has been to double down, announcing after two hundred years its discovery that the Founders considered money to be the equivalent of free speech.

Dobbs makes one cogent criticism of Roe and some not-so-cogent ones. One of the not-so-cogent criticisms has to do with Roe’s trimester scheme. That approach, which even Justice Blackmun conceded was “arbitrary,” nonetheless made practical sense. It gradually shifted authority over the abortion decision from the woman and her doctor to the state, which had a gradually increasing rational, nonreligious basis for intervening as the pregnancy proceeded. Dobbs could result in a dozen different schemes, any or all of them equally arbitrary.

Not very cogently, Justice Alito writes: “Far from bringing about a national settlement of the abortion issue, Roe and Casey have inflamed debate and deepened division.” But Roe and Casey did not force anyone to do anything, whereas Dobbs will force tens of thousands of women to go into debt or leave their state or risk their health or risk criminal prosecution or bear unwanted children. (Or, of course, forgo sex—not all of it extramarital.) For Dobbs, women are just one party in an “inflamed debate,” with nothing more at stake than legislators or other citizens, which may explain the opinion’s curiously tone-deaf remark: “The regulation of abortion is not a sex-based classification.” There is undoubtedly a technical meaning of “sex-based classification” that makes this sentence technically correct. But the evil of forced pregnancy is very great, and it is entirely sex-based.

Dobbs’s cogent criticism—however hypocritical in view of this court’s own practice—is that the court should normally defer to the people and their representatives, even if it thinks them mistaken. That is what we have—or wish we had—a democracy for.

George Scialabba is a frequent contributor to Commonweal. His selected essays, Only a Voice, will be published in 2023 by Verso.