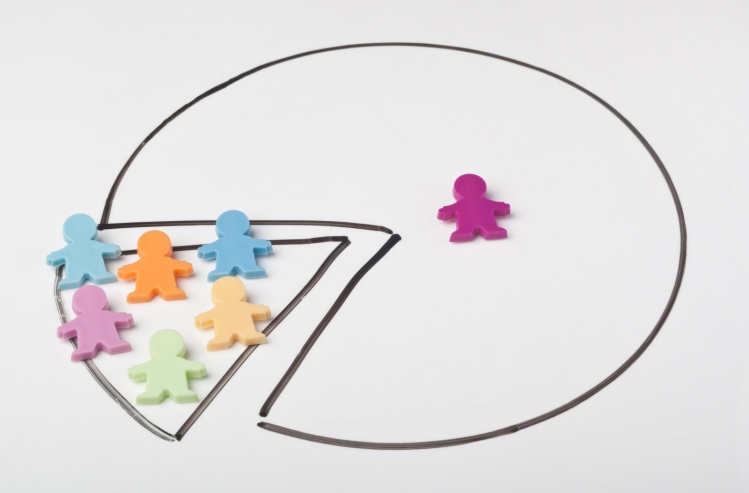 David Pilling is a widely traveled reporter for the Financial Times, with a raucous bee in his bonnet over the statistical idiocies of “Gross Domestic Product,” or GDP—the prime economic measuring rod for all countries, advanced and aspiring alike.

Single-number economic scoring systems are a recent invention. The great economist Simon Kuznets created the National Accounts system in the United States and actually collected the raw data, although not before John Maynard Keynes won a battle to count everything that was not actually criminal. Faced with the grossly overpriced American health-care market, Kuznets would have argued that the excess should be subtracted from the GDP totals, using Medicare prices or some other proxy as a reasonable measure of value. Still, Keynes was probably right. Think of the screaming of the gun lobby if their favorite weapons were officially priced at less than zero.

The counting conventions lead to some odd results. Take the spouse who stays home to care for the house and kids. Most countries count that as zero contribution to the economy. But a careful recent analysis suggests that counting domestic work would add 26 percent to American GDP.

Or consider banking. Not long ago, commercial bankers were heavily regulated to protect the payments system, making sure each party was properly paid, and that fraudulent transactions were kept to a minimum. A couple of decades ago, however, bankers gradually discovered that they could amass stupendous amounts of money by selling their assets to each other and marking up the price each time. In Great Britain, for example, about 97 percent of all bank transactions were with other banks, while only about 3 percent were actually funding value-added business investment. For a few years, banking was the world’s most profitable industry, before it was exposed as a house of cards. Ironically, it is still among the world’s most profitable industries because the world’s governments bought hundreds of billions of those bad loans to forestall an economic collapse. So the same banks, with the help of the Trump administration, may well do it all over again should the house of cards collapse once more.

Take the spouse who stays home to care for the house and kids. Most countries count that as zero contribution to the economy.
sharetweet

The single-number GDP measurement convention sheds little light on the distribution of income and wealth, which in the United States is starting to look like those of undeveloped countries ruled by dictatorships. Eye-opening research by the 2015 Nobelist Angus Deaton and Anne Case disclosed a spike in death rates among the American white working class that rivals the Russian, mostly alcohol-fueled, death rates after the fall of the Soviet Union. By GDP reckoning, the American economy was doing reasonably well, despite the devastating 2008–2009 crash. In real terms, after inflation, from 2000 through 2015, the U.S. GDP grew by 30 percent. Beneath the sheen of progress in GDP, however, America’s white working class is dying from opiods, crystal meth, and alcohol—“deaths of despair” Deaton and Case call them. (Interestingly, black and Hispanic death rates do not show a comparable change.) The harsh fact is that without a college education it is very hard to earn a middle-class income in today’s America. In real terms, blue-collar workers have steadily been losing ground. All developed nations face this problem, but most allocate their national budgets to mitigate income shortfalls by broadly based entitlements—especially to nursery schools, health care, vocational training, and higher education. American budget policy, especially with the current Trump budget, has created a pronounced skewing of incomes toward the richest Americans, far in excess of any other wealthy country.

Pilling winds up his book with a set of modest proposals. He doesn’t propose to scrap GDP, since it does convey considerable information. But he does propose a healthy skepticism about what should go into the numbers. For instance, the American oil giants are closing in on becoming the leading oil exporters in the world. In an era of climate change, is that a good thing? Pilling proposes instead to measure “good jobs, green space, decent health care,” although he admits it would difficult.

But we also need to supplement a new and improved GDP with other simple measures. The most obvious one is to give equal billing to a per capita GDP. Knocking down Trump’s wall and inviting in 10 million Mexican workers would give him the 3 percent growth he wants, but the income per capita, which is the real story, would not change.

Then there is median income, the middle of the income distribution. (Bill Gates walks into a bar; the average income jumps to more than a billion dollars.) America is quite a rich country, but the distribution of the wealth is badly skewed. Much more revealing would be a finer breakdown of income and wealth by percentiles. And finally, we have to do a better job of tracking assets and computing honest depreciation. The New York City subways are an essential service, but politicians have skimped on invisible, crucial system maintenance, to the point where many lines have become dangerously accident-prone.

Pilling enjoys exploring far-out, entertaining policy ideas, but always grounds his book in common sense. His modest statistical recommendations, which would be more difficult to implement than he lets on, could indeed radically change the common picture of economic progress.