It Belongs to the People, Not Him
By E. J. Dionne Jr.
Donald Trump
Domestic Affairs
Columnists
Ethics 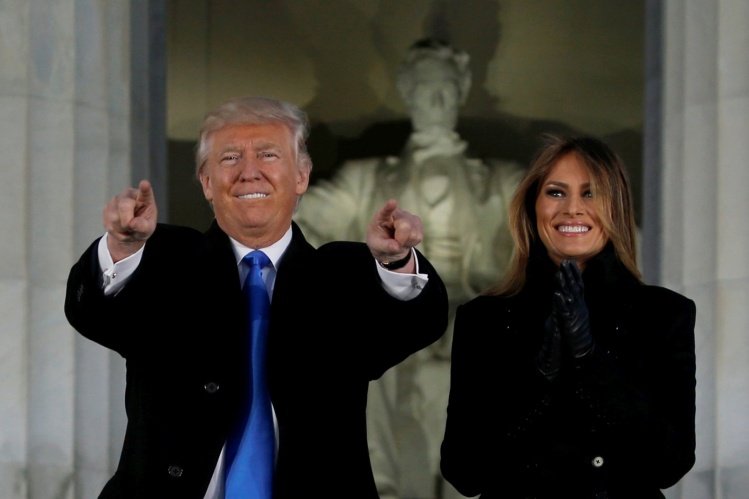 How long will Donald Trump get away with his dismissal of the public’s right to a transparent government free of corrupting conflicts of interest? / CNS photo

Two issues are paramount in American politics. The first is whether President Trump will get away with his arrogant dismissal of the public’s right to a transparent government free of corrupting conflicts of interest. The second is whether those who would hold him to account remain focused, mobilized, and determined.

They are related. There are many reasons to stand against Trump, but the one that should take precedence—because it is foundational for decent governance—is his autocratic assumption that he is above the expectations that apply to us normal humans.

Should Trump separate himself completely from his business interests, as presidents had been doing for more than four decades? His implicit message is always: No, I can do what I want.

Should he release his income tax returns so the public can see where conflicts might exist—including whether he will benefit from his own tax proposals? No, he says, I can do what I want.

If Hillary Clinton was doing any of this, is there any doubt how Congressional Republicans would react?
sharetweet

Should he continue President Obama’s practice of making the White House visitors’ log public so all can know who might be influencing his policies? No, he says, I can do what I want—including shutting down access to those logs and telling citizens to go stuff it if they claim any right to know what’s going on in the building they collectively own.

Should he stop turning the presidency into a permanent and profitable vacation by spending one out of every five minutes at Mar-a-Lago or a nearby golf course, as The Washington Post’s Philip Bump reported? Should we know the full cost of his gallivanting and how many of the millions of dollars involved are circulating back to his family through the charges Trump’s resorts impose on the government? No, he says, I can do what I want.

Should we know why it is that, according to the Post’s Greg Miller, Trump “appears increasingly isolated within his own administration” in calling for warmer relations with Russia even as almost everyone else in his government issues “blistering critiques of Moscow”? Should he disclose details of his business ties to Russian interests and oligarchs? Should he stop resisting investigations into whether his campaign was complicit in Russia’s interference in the election that made him president? No, he says, I can do what I want.

And then there was Sunday’s referendum in Turkey (whose outcome the opposition says was rigged) that narrowly approved constitutional changes giving President Recep Erdogan nearly authoritarian powers. Did Trump express concern about democracy? Nope. He called Erdogan to congratulate him. Why?

Asked about Turkey in a December 2015 interview with, of all people, Steve Bannon—now his chief strategist who back then hosted a show on Breitbart—Trump admitted: “I have a little conflict of interest because I have a major, major building in Istanbul.” He also described Erdogan as “a strong leader” and added: “I thrive on complicated.” Should we be able to know how Trump was influenced by his “complicated” Turkish interests, including his “major, major” project? No, he says, I can do what I want.

And a last question: If Hillary Clinton had done any one of the things described above, is there any doubt about what Republicans in Congress would be saying and doing? As long as all but an honorable few Republicans remain silent, GOP leaders will be miring their party in the muck of Trump’s norm-breaking. No, they are saying, he can do what he wants.

This is why only pressure from an engaged and resolute citizenry can persuade Republican politicians of the costs of being Trump enablers. Jon Ossoff, the Democratic hopeful in Tuesday’s special election in a very Republican Georgia congressional district, managed 48.1 percent of the vote, just missing the majority he needed to avoid a June 20 runoff.

Those who rallied to Ossoff (including Republicans and independents deeply offended by Trump’s ways) must remain committed between now and June to send a clear message to the president that transcends the usual partisanship: No, you can’t just do what you want in crushing transparency and blurring all lines between your own interests and the public’s.

It’s said that Trump always skates away. Not true. Those he ripped off in his Trump University scam stuck with the fight and forced Trump to settle a lawsuit he said (in an untruth typical of his approach) he would never settle. The country’s citizens can prevail, too, if we insist on calling out a self-absorbed huckster who treats us all as easily bamboozled fools.

Paul Ryan and the Triumph of Theory