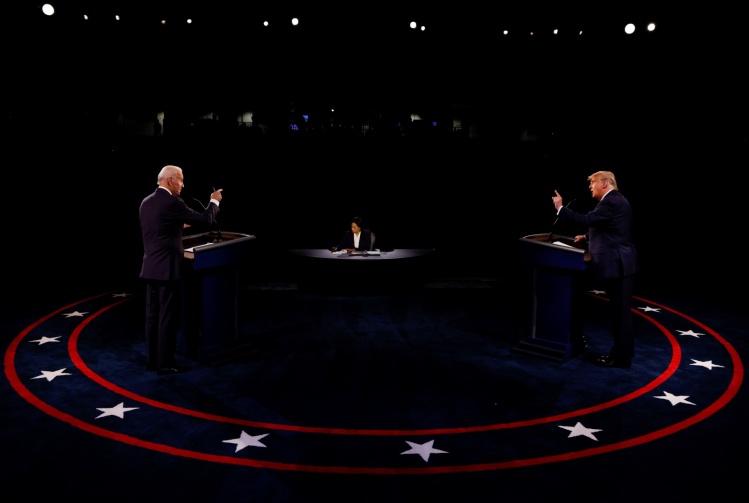 It came as little surprise earlier this month when Ronna McDaniel, Chairman of the Republican National Committee, withdrew her party from the Commission on Presidential Debates. She’d been making noise about it for a while, having issued an explicit warning in a January letter to the CPD, the nonpartisan organization that has handled every presidential debate since 1988. Republicans have long complained about what they see as the commission’s bias toward Democratic candidates. Now Republican candidates for the 2024 nomination will have to sign a pledge that they won’t debate the Democratic nominee in events coordinated by the CPD. A fixture of American politics for decades, for better and worse, may now be a thing of the past.

Social and alternative media have so reinforced political silos that an evening of semi-civil exchange is unlikely to change anyone’s mind.
sharetweet

McDaniel, the niece of former Republican presidential nominee and current Utah Senator Mitt Romney, has been working overtime to separate herself and the RNC from the ever-shrinking establishment wing of the GOP that her uncle personifies. Earlier this year she led the drive to censure Republican Representatives Liz Cheney of Wyoming and Adam Kinzinger of Illinois for joining the House committee investigating the January 6 insurrection, charging them with “persecution of ordinary citizens engaged in legitimate political discourse.” That earned her a scolding not only from Romney but from several other Senate Republicans, including South Carolina’s Lindsey Graham. But this “backlash” (as it was characterized at the time) quickly subsided. Many think that McDaniel is currying favor with Donald Trump in preparation for a political campaign of her own, likely in Michigan, where her uncle’s father, George Romney, was once governor. Certainly her efforts as RNC chair seem to reflect the wishes and impulses of the former president, smoothing the way for him to run again in 2024. A campaign without debates would likely benefit Trump, who fares poorly in substantive one-on-ones, where his ignorance of policy is hard to conceal. Then again, any GOP candidate would likely have trouble debating policies because the Republican Party is now refusing to commit itself to an agenda. Sen. Mitch McConnell has made a point of staying silent about plans if the Republicans regain a Senate majority in this fall’s midterms. As Paul Krugman recently noted, today’s GOP doesn’t do issues, nor does it even fight a “real” culture war. Rather, it’s all about “riling up the base against phantasms [and] threats that don’t exist,” like critical race theory and Democratic pedophiles.

From the GOP’s perspective, this obviates the need for presidential debates, which provide a forum for discussing real policy differences and allow the electorate to assess the temperaments and qualifications of candidates for the country’s highest office. Would debates really be missed? It’s true that most voters have made their choice by the time candidates take to the podium, and social and alternative media have so reinforced political silos that an evening of semi-civil exchange is unlikely to change anyone’s mind. But another question might be how to make presidential debates better—after all, Democrats have complained about them too, and they are important for that small but potentially significant sliver of undecided voters. Debate organizers could tame the carnivalesque atmosphere that tends to prevail by getting rid of live audiences and enforcing rules of conduct for both moderators (no gotcha questions, hold participants to their allotted time) and participants (stick to your allotted time, don’t interrupt, no stalking your opponent around the stage). But such improvements are predicated on basic assumptions about how American democracy should work in the first place. What seems beyond debate is that at least some Republicans no longer share those assumptions.