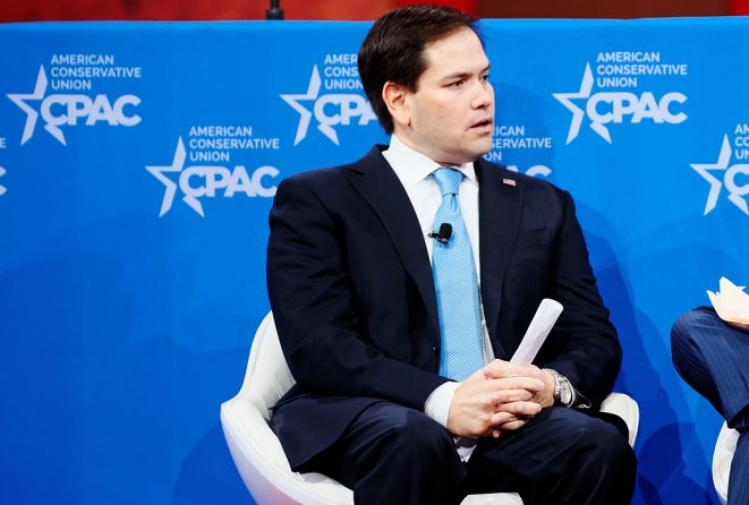 The value of free advice is measured by what you pay for it, and Republicans don’t usually ask me for mine.

Nonetheless, the GOP’s presidential race is one of the most fascinating political brawls in years. It’s about to hit full stride, and I can’t resist kibitzing. I know the leading candidates will take my guidance for what it’s worth.

Marco Rubio: You have three related problems. You’re trying to appeal to every wing of the party, which means that none regards you as one of its own. There is no state in the early going that you can consider an obvious bet. And, to put it charitably, you do not look like a person of conviction.

You were pro-immigration until you weren’t. You optimistically embraced the changing nature of our nation until you ran an ad about “all of us who feel out of place in our own country.” You left McCainville to enter Trumpland.

Your supporters see your weaknesses as your strengths: Yes, you might be well-positioned to pull all parts of the party together. But in appeasing everyone, you’re creating the impression, as an Iowa pastor told my Washington Post colleagues Sean Sullivan and David Fahrenthold last month, that you’re a candidate “talking out of both sides of his mouth.”

If you lose, this will be the principal reason. You need to show some conviction, perhaps by taking at least one inconvenient stand. In primaries especially, winning requires you to decide whose votes you’ll write off. You won’t make it by remaining everyone’s second or third choice. Somebody’s got to trust you deeply.

Jeb Bush: For me, you’re the biggest surprise. I really thought you’d be a better candidate. When I saw you speak in early 2014, you were loose and confident, conveying a real sense of optimism about the country. I thought enough voters, even in a gloomy Republican Party, would find this appealing.

It hasn’t panned out that way. You made a lot of mistakes and seem unhappy in your work. Your name is a problem. Most liberals don’t realize how many conservatives view your brother as a big government guy. Meanwhile, many in the so-called Establishment wing worry that another Bush won’t win.

You at least found a purpose when you went after Trump in last year’s final debate. The paradox: The only way you’ll have a chance of winning is to forget about winning. Relax. Run as the guy you said you’d be, the upbeat candidate of inclusion. Marry your attacks on Trump to a positive vision of a welcoming GOP. Be the candidate whom Republicans horrified by Trump and Ted Cruz can repair to with pride. It may not work. But it’s the only thing that can, and you might at least start enjoying the campaign.

John Kasich: I’ve always had a soft spot for you because, as governor, you supported the expansion of Medicaid under Obamacare in Ohio. Alas, most people in your party don’t agree with me. Still, you sound best when you talk like a compassionate conservative because that’s the person you want to be. Why not go for it? If Jeb follows the strategy I just outlined for him, you guys might collide. But you have said your main worry is how St. Peter will judge you at the end. Run a campaign for him.

Ted Cruz and Chris Christie: Philosophically, you guys aren’t my cup of tea. But I have to admit: You’re running the campaigns I would run if I were you. Ted, you have the focus Marco doesn’t. You’re trying to pull together all the right-wing groups in the party, and they happen to constitute a huge part of it. Chris, you’re betting it all on New Hampshire. The right move. You’re campaigning up there as if you were running for governor. Also exactly right.

Ben Carson: Please go back to neurosurgery or inspirational speaking. You’re gifted at both.

Rand Paul: Stay in for a few more debates to make your libertarian case on foreign policy. You’re sparking a necessary discussion. But you know perfectly well you have to go back to Kentucky soon to protect your Senate seat.

Donald Trump: I have nothing useful to say, and you’d pay no attention anyway. But I do owe you a debt of gratitude. I have a book coming out in a couple of weeks called Why the Right Went Wrong. Because of you, people are especially interested in figuring this out. So, just this once: Thank you.