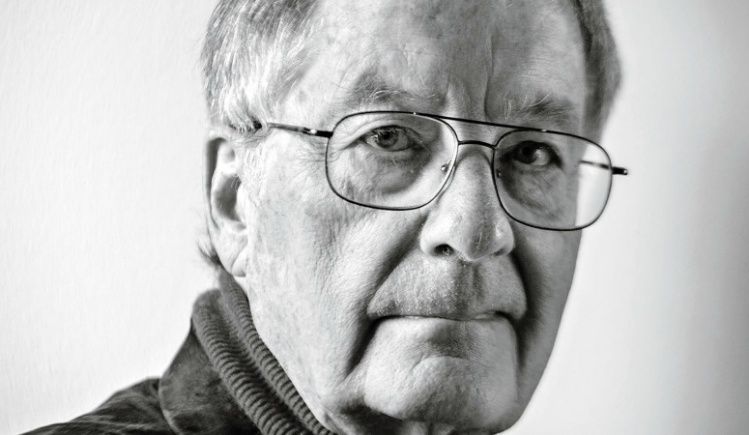 A theologian friend of mine has reminisced more than once about the formative parish life of his youth, during the seventies, when homilies brought the texts of Vatican II and the writings of Karl Rahner into dialogue with the Sunday readings. He learned to think in church, he would say, an experience that seems to be rarer today. One suspects that many of the folks in the pews these days lack the sort of catechetical formation, let alone an exposure to the Catholic intellectual tradition, that would help them make sense of such homilies.

Kenneth Woodward was lucky enough to get both growing up in Ohio in the middle of the last century, and in Getting Religion: Faith, Culture, and Politics from the Age of Eisenhower to the Era of Obama he laments the disappearance of what used to be called the Catholic subculture. At the University of Notre Dame, he soaked up the excitement and teachings of the Second Vatican Council. As a journalist who covered religion for Newsweek for four decades, he became a nationally known writer, reporting on the social and political movements, the ideas and personalities, that drove not only religion, but the culture at large. In his new book, he opines on the Dalai Lama and the theologian Mary Daly (Beyond God the Father), on Billy Graham and Bill Bright, on the Episcopal Bishop James Albert Pike and the Sandanista Fr. Ernesto Cardenal, who was notoriously scolded in public by John Paul II. After explaining why the liberal Protestant theologian Robert McAfee Brown deserved to be on the cover of Newsweek, Woodward proceeds to unpack Brown’s point about the difference between Catholics and Protestants with a quote from the comedian Lenny Bruce. In short, he can get a reader’s attention and hold it.

Woodward’s focus in Getting Religion is on the 1960s and ’70s, an era when he exercised curatorial authority about the story of religion in America from his perch at the popular weekly magazine. Against the changing shape of the American family and his own witness, he deftly sketches the revolutionary movements that emerged in the ’60s and the social and political fragmentation that followed.

Woodward places much of the blame for that fragmentation and discord on feminism, and it is with that curious move that his grip on the narrative slips. That the Bible would attract the attention of feminist critics seems to strike him as odd, a view that shows either his Catholic blinders to the value of Scripture or a lack of understanding of the ways in which traditional Christianity was responsive to extrinsic forces. He can recognize the primacy of Mary of Magdala as “the apostle to the apostles,” but only because this is part of “the androcentric Christian tradition.” He never wonders if the androcentrism of that tradition was precisely why that undeniable distinction was promptly lost, and she became a whore. Those who seek a different path, away from the church, are of course “embittered.” Yet he is also unhappy with women who stay, finding the high percentage of lay ministers and church volunteers who are women to be the source of a problematic “feminization of religion.” How exactly is it that women are the problem here?

Woodward finds feminism to be illustrative of larger forces shaping religion and society, forces that are essentially individualistic and self-expressive, whether these are Americanized forms of Buddhism or the “enlightenment” of the gurus of therapy. For Woodward, these fads are symptomatic of an adult population of baby boomers that craves youth culture—and doesn’t grow up.

Woodward is nostalgic, somewhat conservative, and occasionally curmudgeonly. Priests who leave the priesthood are unsympathetic figures; they “abandon” their vows. In Woodward’s mind, this is personal: “I felt betrayed by every priest who left.” Liturgical reform is always awkward in this telling; Catholics should not sing “Amazing Grace.” The writing of Dietrich Bonhoeffer? Meh, says Woodward. His opinion of women in jeans—what do you think?

AT THE SAME TIME, he acknowledges that the return and persistence of religion as a significant factor in U.S. politics continues to surprise. The rise of the Moral Majority and, in a later development, the alliances formed between Catholic bishops and the Republican Party, were unexpected in a culture that had recently asked, via a Time magazine cover, “Is God Dead?” For Woodward much of so-called liberal religion is little more than “Religion as Politics,” where the language of rights slides way too comfortably into a stance of “righteousness.” To make his point, he elicits a telling phrase from Hillary Clinton’s former youth minister: “We Methodists know what’s good for you.” When it comes to the story of religion on the right, he concedes that the hypocrisies are too numerous to catalog.

Who “gets” religion now? Surveying the current scene, Woodward is attentive to the link between the decline in religious affiliation and the broader loss of confidence in all institutions. A recent Pew study finds that 39 percent of those between eighteen and twenty-nine years old do not identify with a religious tradition. Worse, that alienation is now more likely to be life-long (the Nones are not coming back). Similarly, family structures are changing just as the stakes for raising children have gone up. With the rise of a strict socio-economic pattern of “assortative mating,”—the well-off pairing their children more carefully than minor European royalty—the seams in our tattered social fabric will be strained more than ever. As Woodward observes, the loss of religious affiliation—even those who belong are more loosely connected (former weekly Massgoers are now content with a monthly appearance)—is just part of the puzzle: “the more encompassing fact is that most young Americans between the ages of eighteen and thirty do not readily identify with any institutions—political, civic, academic, or religious.” This basic shift, more than any other, leaves him feeling estranged from the younger generation, and deeply worried about its future.

How to address this? In the closing pages of this book, one dedicated to Notre Dame’s fabled Fr. Ted Hesburgh, Woodward turns to the role of college as the finishing school and social laboratory for young adults. He echoes popular narratives about colleges as enclaves of upscale fitness centers, drinking and sexual assault, where trendy thinking and grade inflation, not academic rigor, is the norm. Crucially, these young people are cut adrift from the humanizing effect of a real engagement with the life of the mind that Woodward remembers from his undergraduate days. They are morally adrift as well, having little exposure to serious adult mentors, leaving them with a “soft-core moral relativism.” Woodward laments their self-absorption, and the lack of a communal identity that so animated his own youthful encounter with the intellectual wealth of the Catholic tradition.

This critique leaves out a lot. More than half of young adults do not go to the kinds of schools Woodward has in mind. If “getting religion” means, for Woodward, getting the value of being attached to an institutional narrative, the college students he finds to be godless and pampered are at least attached to something. How will we offer “religion”—or political party, or civic group, or even the Rotary Club—to the rest, who are mostly cut off from anything more than the service jobs of the gig economy? I don’t have an answer to that question, but we surely need one.