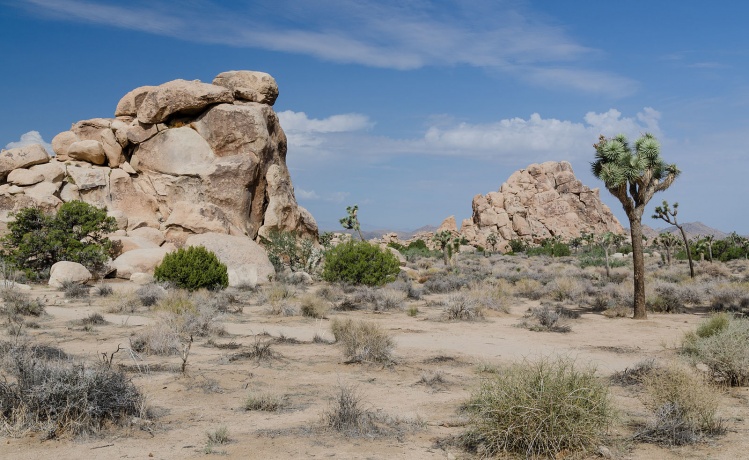 Any review of Karen Russell’s new story collection, Orange World, has to begin with its wildly imaginative premises. Two runaway friends take a ski lift to a lodge populated by gold-eyed ghosts. A woman is infected by a Joshua tree. An island surgeon who operates on the dead is accused of malfeasance by his upper-class apprentice. A farmer breeds and sells tornadoes. A boy falls in love with a mummy unearthed from boggy peat. A family of sisters paddle through post-apocalyptic New Florida in gondolas. Creatures are everywhere: Madame Bovary’s greyhound; a demon in a gutter, suckling a young mother’s milk in exchange for the protection of her infant. But maybe by now we shouldn’t be surprised. Russell’s 2011 novel Swamplandia, which was nominated for a Pulitzer Prize, follows a family of alligator wrestlers. Her debut collection contains the story of St. Lucy’s Home for Girls Raised by Wolves (2006); another collection puts Vampires in the Lemon Grove (2013).

What also distinguishes the tales in Orange World is their refreshingly slow pace. Each of these rather long short stories—only eight in almost three-hundred pages—takes its time, allowing those strange ideas to unfold and assume a discernible logic. We learn in “The Tornado Auction” that tornadoes are sold as demolition tools or amusement park rides. They are housed in “incubators”; a detailed explanation of tornado breeding includes “condensation,” “two vortices,” a “mesocyclone.” In “The Gondoliers,” the girls navigate via echolocation because “satellites have been down for half a century.” Algae blooms around “bald mangroves” and “two-headed manatee calves.” In “Bog Girl: A Romance,” we discover that “sphagnum mosses wrap around fur, wood, skin, casting their spell of chemical protection.” “The Bad Graft” is set in a “season of wild ferment,” with blossoms that “detonate” and “syringe-thin leaves” and pollen that “heaves.” Russell’s precise observation makes the implausible plausible: the Joshua tree’s “spirit is absorbed into the migrating consciousness” of animals or hikers who walk on a “fushia ledge of limestone,” while tarantulas and lizards watch with “gluey eyes.” Even the strangest stories work; they aren’t weird just for the sake of being weird. In “Black Corfu,” the surgeon-to-the-dead makes sure to sever each cadaver’s hamstring, “the umbilicus that tethers a corpse to our spinning world”—this crucial step keeps a body from becoming a wandering zombie. We sense an eager author who’s diligent about finding and marshalling just the right details, who’s actually interested in medicine, history, and botany. Her research authenticates her voice and the worlds she conjures.

If the stories in Orange World were novels instead, they might lose their magic—enchantment resides in their transient settings, quickly cultivated trust, scarcity filled with rich, perfect language.
sharetweet

But Russell is also a master of pacing, and so she pulls back when she needs to, never providing too much information all at once. In “Bog Girl,” the mother of Cillian, the teenage protagonist, is worried. Is her son getting intimate with his dead girlfriend behind the closed door of his bedroom? There’s a general unease, a creepiness, that Russell lets linger. The haunted lodge in “The Prospectors” is “another New Deal Miracle,” made of ponderosa pine; we know why it was built and by whom, as we know of its “calliope” of flavored liquors and “edelweiss white” quilts. But the big mystery—these ghosts might not know that they’re dead—doesn’t quite get solved: “So they knew, or almost knew; or they’d buried the knowledge.... Who can say what the dead do and do not know?” In “The Gondoliers,” it’s not clear when or how the big storm occurred. The girls’ echolocation (they sing eerie songs that bounce off debris) doesn’t seem as if it could be an effective navigational tool, so Russell relies on the painstaking beauty of her prose to win readers’ trust. The girls “navigate the margins with breath and bones...absorb the echoes into our skeletons.” What exactly does that mean? We don’t care. Russell senses that explanation would slow her narrative. And narrative is always central. These are tingling ghost stories, shivering with suspense. Will the farmer get his crop? Will the baby survive? Will the woman beat the virus?

Russell knows how to generate suspense from emotional tension as well. In “Madame Bovary’s Greyhound,” she draws Flaubert’s familiar heroine into fresh drama. While her pet dog sniffs and eats, Emma is “drinking vinegar in black stockings” and “checking her gaunt face in mirrors,” shopping and flower-arranging and cheating. The story advances not toward a new conclusion, but toward a new emotional truth about self-absorption and loss. Even after Emma and her dog “had forgotten entirely about the other...they retained the same peculiar vacancies within their bodies and suffered the same dread-filled dreams. Love...went spoiling through them with no outlet.” We read to know what happens to the dog, but also to discover something fresh about Emma’s psychology—how she loves this pet might tell us about how she loves Charles. How Karen Russell interprets Madame Bovary is itself reason enough to turn pages.

Russell makes her stories yet more engrossing, and accessible, by playing them out as archetypal dramas: first love, teenage rebellion, friends in conflict, the grief and the restlessness that follows retirement. There’s the unknowability of a partner, the desperate adoration of new motherhood, and women judging other women. These are recognizable dynamics, and Russell traces them delicately, like a meteorologist tracking a shifting storm. Indeed, she often uses the term “weathers”; internal and external climes—influenced by history, hormones, and yes, actual climate—are always in flux and exerting influence. She tracks patterns of jealousy, panic, madness, doubt, selfishness. In “Orange World,” a mother makes a deal with the devil because “she was a terrible negotiator...one had to earn one’s keep here on planet Earth.” As a child, the mother “soundlessly absorbed” abuse: “she didn’t seem to have a gag reflex.” Now, she’ll suckle in the gutter to protect her own baby from harm. Cillian loves the bog girl because he imagines “the narrow life they would lead...no children, no sex, no messy nights vomiting outside bars...no betrayals, no surprises, no broken promises, no promises”—a clean-lined fantasy for an immature teenager. A gondolier swims in toxic sludge to escape her older sisters: “Their entire life before my birth is a secret to me. Whereas everything I’ve ever done has been visible to them.” With all the pressure systems explained, readers somehow get why Cillian loves the bog girl; why the surgical apprentice betrays his master; why the farmer wants one last tornado to spin; why the gondolier dives into waste.

Russell is committed to telling others’ stories in a way that makes their otherness less jarring or foreign. Her narrative sensibility is almost nurturing, and her narrators are diverse: men and women, old and young, prehistoric and contemporary, from coasts, suburbs, and prairies. Russell writes in the voice of a black male doctor, who lives on an island in a long-ago era and speaks another language. In the title story, we’re presented with a character who could be Russell herself: a new mother, married; living in Portland, Oregon; a member of the parenting club at the Milk and Honey Co-op. Still, this mother is different from Russell. We learn that the woman’s sick grandmother lives on “the other side of the globe”; we infer that she has recent immigrant roots, but this is conveyed subtly, convincingly.

If the stories in Orange World were novels instead, they might lose their magic—enchantment resides in their transient settings, quickly cultivated trust, scarcity filled with rich, perfect language. And yes: those premises. Thrilling enough to be told around campfires, Karen Russell’s stories are also like fables that teach us how to approach life’s vicissitudes: with curious compassion, even delight.

Published in the May 3, 2019 issue:
View Contents
Tags
Fiction