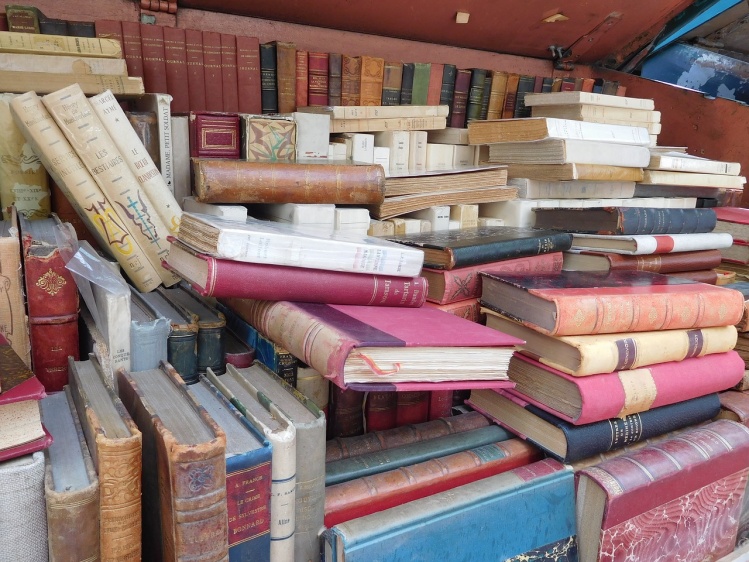 [This article was first published in the June 2, 1961 issue of Commonweal]

Two novellas and a novel which represent an eccentric but perennial strain in French writing––for it’s sex, sex, sex that makes the world go round, but it’s got to the point where it’s pretty dull–– have appeared this last season. They are the works of two very promising writers: Roger Vailland who won the Prix Goncourt a few years ago with The Law, a surfacely cool examination of a swarthy and brutal society, and Vercors (nom de plume of Jean Briiller) who wrote a clever satire called You Shall Know Them, and the beautiful, haunting la Silence de la Mer, about life in occupied France.

These latest works are dull, spurious attempts, typical of a whole blighted area in modern fiction, to apply a certain élan, a little precious intellectuality, some modish philosophizing to slight tales of sexual scheming. In all three cases in point there is a total absence of love. Love, or what passes, is an aberration and we are faced with a gallery of freaks, of incapables, and the reader dare not protest the mood of pseudo-sophistication lest he be accused of being grossly naive. Both these authors employ a kind of clinical approach that tends to bully the reader.

Both these authors employ a kind of clinical approach that tends to bully the reader.
sharetweet

Vercors, particularly, in Paths of Love, has assembled a bizarre group of sadists, masochists, hedonists, pimps and martyrs in two short novels: December’s Freedom and Monsieur Prousthe. Neither of these bear close examination, but I note an interesting similarity between two pieces and Vailland’s larger work from the point of view of statements of personal morality and in the division of society into oppressors and natural victims. One of Vercors’ characters states that, “since we are in a tunnnel where kicks and blows are freely dealt, it’s better not to be at the receiving end… that’s the only philosophy, the only moral law.” Vailland’s main character is a little more positive. In this book, the new game which forms the Law is ruled by one man, and it is called a fête. Fêtes might be love affairs, political activities, jazz sessions, meals, anything––so long as ecstasy is the end. “He gave and enjoyed fêtes that were real in so far as they were successful. That was integrity… Such was his morality.” “He had just found the name that he was seeking for his morality: the art of living.”

It is apparent that there are going to be a lot of victims left lying about in both of these authors’ worlds. Fête extends the vision of Vailland’s earlier, and far more brilliant, The Law, which was also a novel on the strong and the weak. The frivolity of the Law which ruled that society was more than a game: it reflected life in Monacose. Again, there were those who were, by nature, victims to the few who pursued their own implacable ends.

But, tough, cynical, pagan as it was, The Law was a satire of substance, lucid and intense. Fête, with its confusions of motivations, its endless explanations of Vailland’s notions of personal sovereignty, its rather poutish hero whose wife helps him prepare passionless little complaints and boredoms, its rather comical dialogue, can not be taken very seriously, it fails even to shock because its characters are so inexorably symbols of Vailland’s teams of sovereigns and victims.

Vercors, though less articulate, accedes to the same notion of hedonistic morality and there are plenty of dupes strewn through his stories. The oppressor is again a “superior” being who must under no circumstances allow himself to be emotionally bored, or who is himself a victim of neurotic desires. His victims (women, in the main) are esoterically bound up in this mysterious business and they bear it with more or less grace; but too frequently they resemble the poor little birds in the gilded cages.

In the first of Vercors’ novels, a young wife is explaining to a young man who is in love with her about her relationship with a third man, who is her lover, who is her mother’s husband, and who is her grandmother’s lover, all at the same time. “You want to know if I loved him? No, I didn’t. He’s always filled me with a kind of hate. It’s you I loved, you, you––to distraction. I hate him, but I’m his mistress, and I’ll remain his mistress as long as he’ll want me to.” “So there,” she adds petulantly. “Understand that, if you can…”

To understand that, to understand her or any of the characters, to understand even what the author is driving at, even literarily, in these two pieces of drivel (the other novel is about a sadist), to accept them as serious works of fiction, as anything more than an unfortunate affectation that blights French literature from time to time, is beyond my patience and ability.

Alice Mayhew was a longtime Commonweal contributor and board member. She was a prominent editor at Simon and Schuster. She died on February 4, 2020.